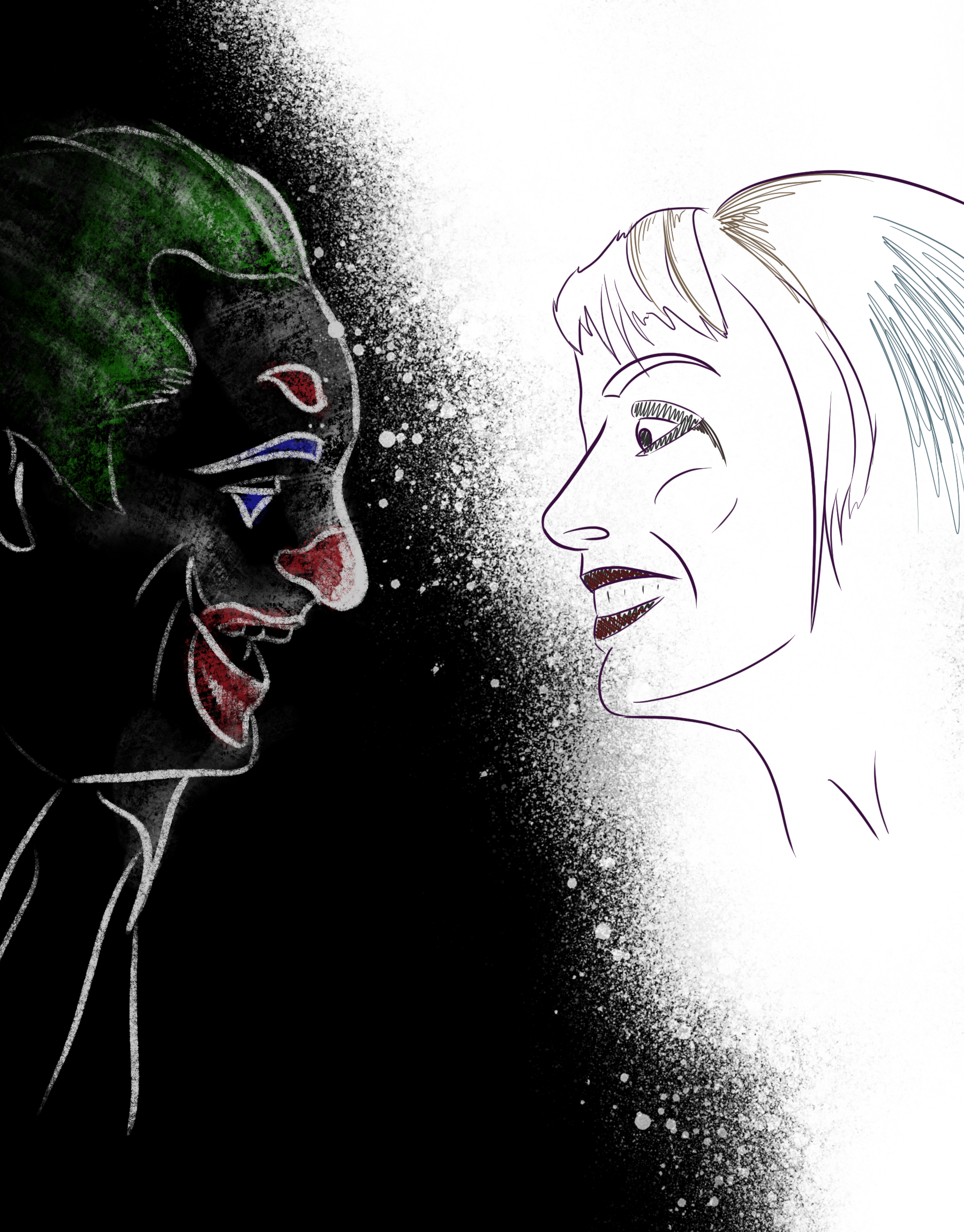 Women are having a complicated time in Hollywood right now. On one hand, the film industry is experiencing a push to tell more diverse stories centered around women. Film festivals like Sundance are working hard at keeping that gender parity even, and women are finally leading movies that aren’t purely romance or drama. It’s even apparent in the glut of reboot blockbusters: The Men In Black reboot has Tessa Thompson! The Terminator reboot has a largely female cast! We’re getting updated versions of Charlie’s Angels and Little Women! I’m assuming it’s only a matter of time until we hear about the new “Transformers” movie starring Shailene Woodley as a misunderstood yet kickass lead.

On the other hand, though, Hollywood is still primarily a male industry. According to the Center for the Study of Women in Television and Film, women make up around 31% of behind the scenes roles such as directors, writers, executive producers, editors, etc. These numbers are even lower for editors and cinematographers. And the statistics aren’t taken from a typically male genre like fantasy or action; these numbers are based on data taken from indie movies. So, what we have is a trend for there to be more women in big movies, but in an industry that is mainly driven by men, which causes a tension between a strange disconnect between demand and supply to take hold. Alongside the lack of creativity signaled by the previously mentioned reboot glut is a lack of effort in creating leading women. The disconnect results in a hollowness that stems from an audience demand for more female characters combined with a lack of understanding of what that truly means.

Take for example, Birds of Prey: an upcoming DC movie based entirely around Harley Quinn and her posse of girl fighters. By god, DC is trying. For a movie whose titular character is one of the most complex and memorable female comic book characters of all time, the marketing has been exhaustingly familiar. Neon club lights. Women dressed in Forever 21 castoffs wielding heavy weaponry and impeccably lined lipstick. A woman who cuts her hair is about to change her life. We get it. It’s all so competent and safe and boring. The dialogue is tired and predictable. Wow, there’s a group of female characters! You’d almost say it’s like a sleepover. Wow, Harley Quinn delivers perky remarks in the face of abject danger. She must be so quirky!

The biggest standout from the Birds of Prey trailer, though, is not the aesthetic but the music. Harley Quinn’s first DCU film appearance was in Suicide Squad, a bloated, psychedelic mess soundtracked by thunking modern interpretations of the pop punk sound. The Birds of Prey trailer, however, is soundtracked with Édith Piaf’s “Hymne à l’amour,” a very sophisticated, very French chanson song. Twenty One Pilots and Édith Piaf couldn’t be more different. This abrupt change in tone makes little sense until put into the context of DC’s serious indie comeback, Joker. Joker isn’t a typical DCU movie; it resembles a character thought-piece film more than anything. And although the two movies are almost polar opposites in terms of story and look, because the editing and music are both so similar, you almost can’t help comparing them. The bizarre choice to hot-glue the style and tone of Joker onto a movie about a bunch of women taking back their own is bewildering. It’s as if DC wasn’t sure if Birds of Prey would succeed, so they had to crib from their most obvious stab at a guaranteed hit. It hurts even more that the movie which Birds of Prey is borrowing from is Joker; Harley Quinn may have broken up with Joker, but alas, her longtime dependence on the character lives on in the marketing.

The jarring change in soundtrack highlights another big difference between the two movies. Joker utilized its old-fashioned soundtrack to let the audience know that the movie was going to be somber and character-driven. Birds of Prey utilizes a similarly old-fashioned soundtrack, as if to imply serious character-development, but what we get instead is Harley and the girls blowing shit up. Instead of letting the abuse these women endured have something to do with character or emotions — which is clearly the thesis of Joker — the only outlet they’re allowed is loud and property-damaging anger. Where the Joker’s emotionally soaring trailer promised a purposeful and passionate look into his character, Harley Quinn’s emotional highs feel flashy and empty. The heart-rending music and liberating dialogue from Harley just don’t jive with the action on screen. The question then becomes why Joker gets the serious, character-central movie, while Harley Quinn gets saddled with a third-rate action flick to deal with her poignant story?

I’m not saying there isn’t something powerful in seeing a once-abused female character taking charge of her life and doing it with a bunch of kickass women at her side, but there’s something hollow about how the trailer frames female empowerment as aggression and hints that a woman can only be freed through violence. The insidious implication is that a woman’s emotional range is fulfilled when she takes on the traditional trait of masculinity, rage, and that the traditionally feminine trait of gentleness is a weakness that needs to be exterminated. These stories don’t think to consider the development, emotional impact, lasting trauma, or anything else the female characters may experience as a result of these exploitations. Brutality has become the go-to, thoughtless way to shorthand female empowerment, but the concept is fundamentally flawed and doesn’t allow female characters the depths that their male counterparts are given. In this case, it rings even more hollow as Ewan McGregor seems to be a stand-in for the Joker character. In a movie supposedly about women being emancipated, the marketed main villain and conflict is a man trying to “own” Harley Quinn.

And yet. And yet, despite all that, every time I watch the Birds of Prey trailer and the music swells to its high and the cuts start lining up to the beat, slow-motion that should be cheesy as hell and Harley’s obvious one-liners, every time Robbie says “I’m Harley freaking Quinn,” I can’t help feeling something. Maybe it’s just emotionally manipulative editing and good choice in music, but yeah, I can cautiously begin to believe that there is a powerful emancipation story to be told, and that there is hope for better, deeper stories about women. It’s not just going to be the lazy retread of “I’m a badass woman who destroys things to prove I’m not compromised.” And if anyone deserves a great movie based on a Joaquin Phoenix performance, it’s Harley Quinn, especially if the goddamn Joker gets a reboot not even five years since the last iteration.

However, DC is making an effort, and no one can fault them too harshly for that. Birds of Prey has a female director, as well as a significant number of women behind the movie working as producers and writers. If DC wanted to make a big female-led, action movie, that’s fine. But what the Birds of Prey trailer gave us is the story of Widows with the music and style of Joker and the aesthetic of Suicide Squad. It’s a mish-mash of everything that accomplishes nothing. Not only is the marketing inconsistent, but it teases a potential dive into Harley Quinn’s psyche while giving us the usual bang-up, meaningless female empowerment of mindlessly kicking men’s asses. And I believe that is what happens when the demand for more women on screen is met by an industry that is unbalanced in its gender parity. Even when movies like Birds of Prey are directed and written by women, the marketing that goes out is produced by a male-centric production, catering to a male-centric society. One day, I hope we will get a mainstream movie exploring the deeper intricacies of Harley Quinn’s character, but I wouldn’t count on it being Birds of Prey.

Achievements: 1. Only cried over an exam once this week. 2. Almost pushed Boris Johnson into a bus in 2016. Regrets: 1. This week’s exam. 2. Didn’t see the bus soon enough.