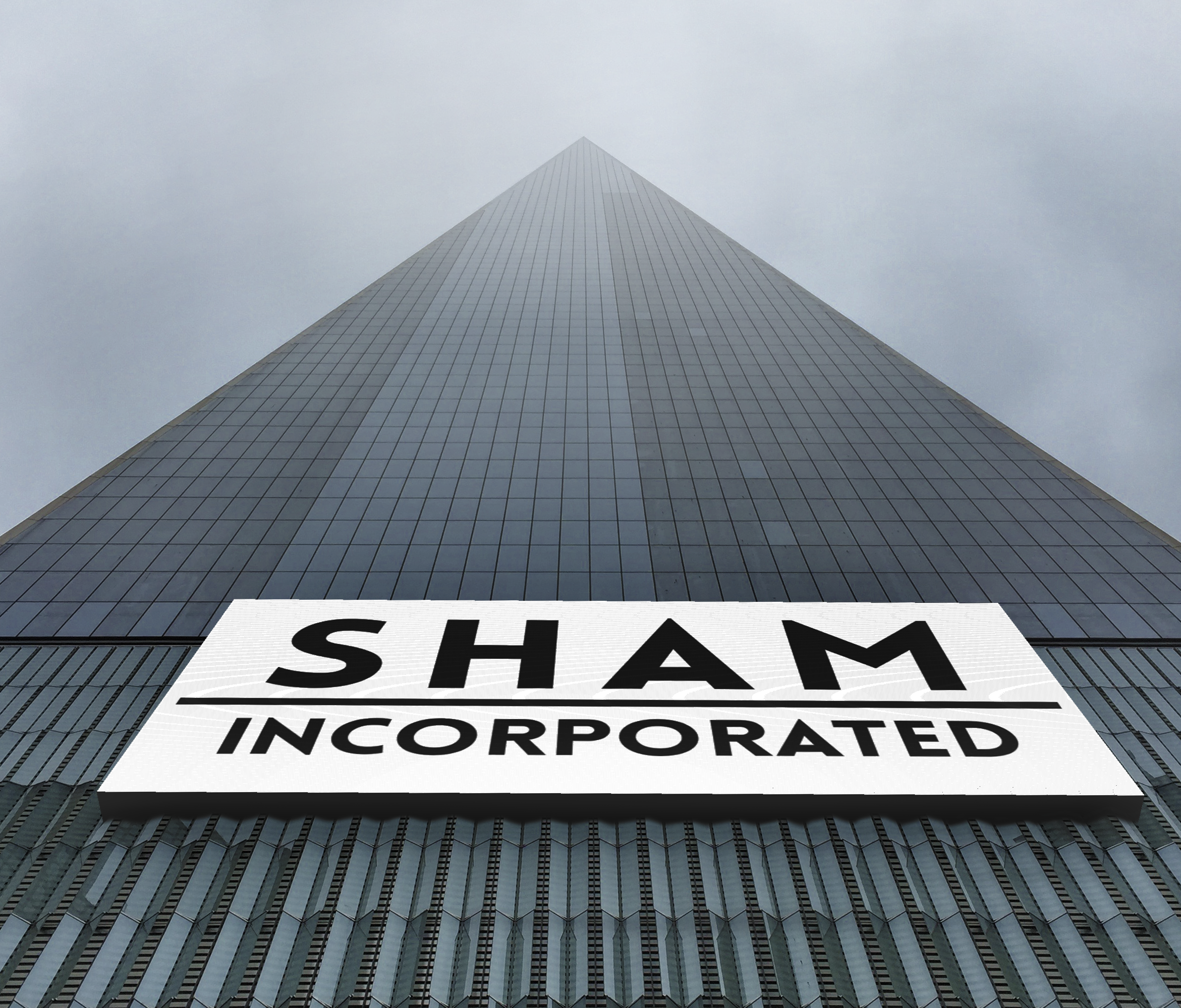 Recently, a whistleblower from the covert organization Sham Inc. has surfaced with new info regarding the company. In accordance with journalistic best practices, we will share this info with our readers at the end of this article, locked behind a paywall. For those out of the loop, Sham Inc. is a mysterious company that has shadowed humanity for millennia. Its motives are unclear, but the company appears to be in the business of spreading misinformation across the planet. Nobody really knows who runs the company, as all interactions AMP has had with Sham Inc. have been through an intern named Stewart.

Sham Inc.’s interactions with humanity began as early as the invention of fire. Archaeologists have found cave paintings depicting anti-fire campaign slogans along with Sham’s former logo: a triangle with an eye inside of it. Sham used this symbol heavily for centuries, but eventually dropped it once they realized that extensively branding a secret organization isn’t the best way to keep it off the radar. It is unknown how successful Sham’s anti-fire campaign was, but by careful analysis of cave art and burnt human skulls, we know it sparked a lot of debate among the major caveman political parties.

Due to Sham Inc.’s secrecy, it is unknown exactly what the organization does or has done. Many private companies and national governments have tried to investigate Sham, but most investigations resulted in dead ends. The only notable finds were dark-web advertisements boasting of Sham’s discount prices (“Two false info campaigns for only $599,999,999.99!). The investigator who discovered these ads disappeared shortly after, only to reappear on the streets a few weeks later on a quest to show the world that “asbestos is just misunderstood”. Security footage from near the investigator’s SoHo apartment shows a group of six masked individuals breaking in through a window, carrying with them a massive brown bag labelled “ASBESTOS” and what can only be described as a VR headset. After this, the footage cuts out. The intruders were clearly experienced, as they applied Flex Tape to the broken window, leaving no evidence of their presence.

However, that hasn’t stopped solo investigators from trying to find the truth behind the matter. One such investigator, who wishes to remain anonymous and goes by his code name “SherlockHomes420blazeit” recently announced possible evidence that the organization is responsible for the stigma against left-handed people. He claims that there was actually a 50/50 split of left handed vs right handed people back in the neolithic period, but due to losing a bet, one particularly mad righty decided to launch a smear campaign against the left handed people. While historians are baffled by this claim, since they claim that his claim is not properly claimable, and therefore, not a proper claim he could claim, their claim didn’t disprove his claim either, so we’ll leave it up to the reader to decide what to make of all of this.

One of the greatest mysteries of the organization is that nobody knows how they spread their rumors across the world. So far, all we know is that the organization is vast and worldwide, since whatever rumors they want to propagate appear in several locations at once. There is much speculation on how this is done, but the most well-established theory comes from a team of scientists who claim to have finally figured out the mystery. They tracked the sudden appearance of known rumors caused by the organization, and realized that the rumors were appearing in the same locations that Santa Clause visits in the NORAD Santa Tracker. Since then, Santa Clausi in nearly every mall has been taken into questioning, but none have spilled the beans on who the true godfather of christmas is.

While the spread of the rumors are still being researched, the creation of them is a more well-understood process. Many scientists have claimed to have been approached by Stewart the intern, being offered money, fame, and power if they would just sign a simple document that “binds their soul to the organization.” When interviewed by our reporter, all of them said they rejected it, but when pressed for more details about the transaction, they quickly threw a wad of cash in the reporter’s face and ran back to their limos. Our reporter couldn’t follow since he was too busy “picking up litter and saving the environment” by snatching up every bill they left behind. While most scientists run away from our reporter, there have been some scientists throughout history that have been more vocal on what exactly happened. Transcripts of the various interviews tell us that the scientists suddenly fall unconscious after signing the document, and wake up lying in their normal office chair. Later that day, a research paper published by them starts to gain traction in the newspaper or on the internet that validates whatever rumor they signed up for. The scientists reported that they were scared at first, but after they realized they were carrying stacks of 100 dollar bills in their pockets, none of them cared about the fake research paper anymore.

As per company policy, we welcome whistleblowers with open arms, so we were lucky enough to get an interview with the guy unknown person. To protect his identity, we’re using a pseudonym “A.J.” What comes next is the full transcript of our interview

Interviewer – “Thanks for interviewing with us Greg, we know just how dangerous this can be. So tell us, just how extensive is this organization?”

A.J – “pretty extensive is the least you can put it. The organization was behind almost every major false information campaign you could think of, like anti-vax, cigarettes being good for you, and their all time favorite, asbestos.”

Interviewer – “Interesting, so do you happen to know who the leader is?”

And that’s the full transcript. On a related note, we have a new position available as an interviewer if any of you readers would like to apply. While this organization is hard to pin down, we’re confident that top notch investigators like “SherlockHolmes420blazeit” can figure things out for us.