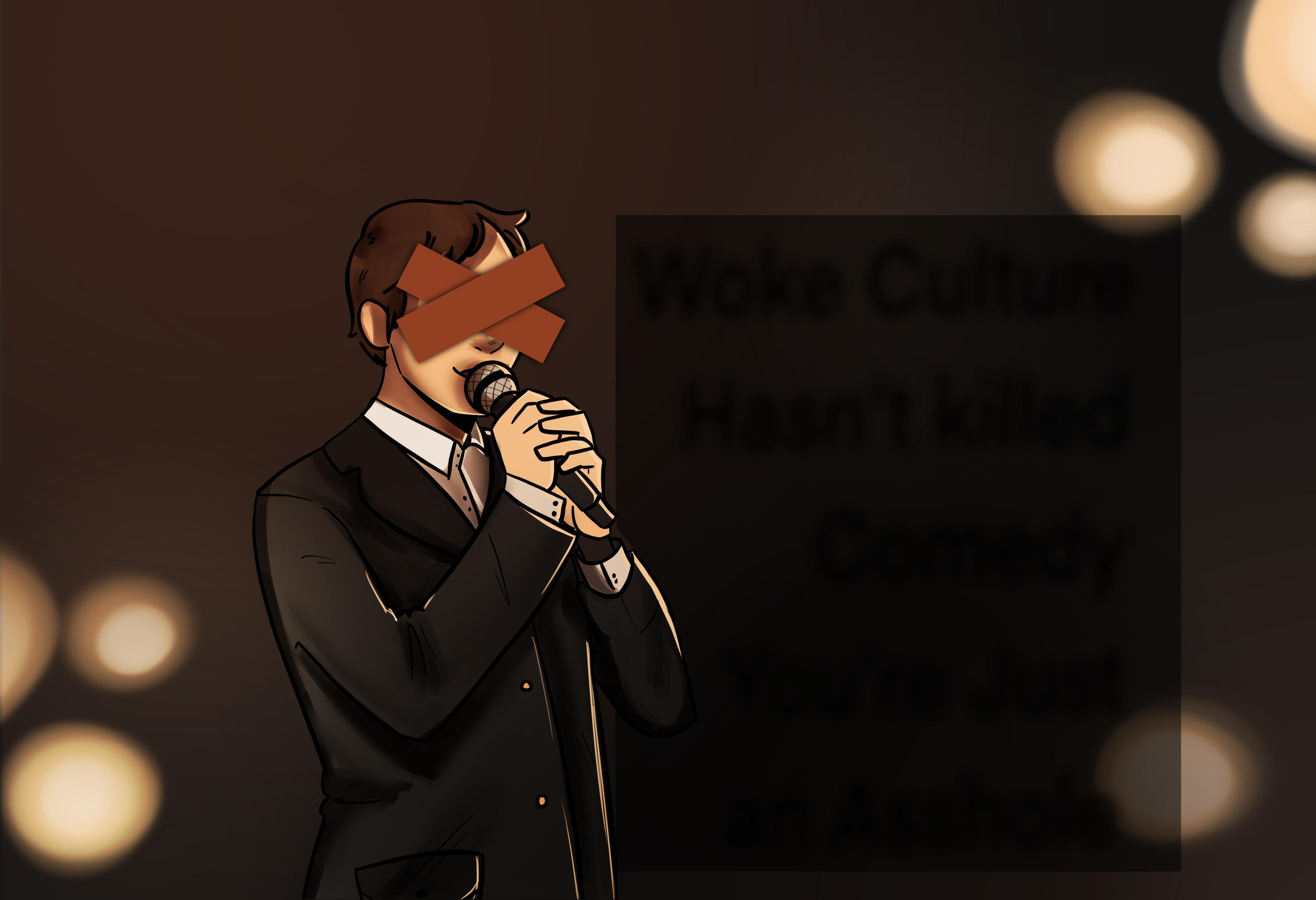 In a recent interview with Vanity Fair, Todd Phillips, director of The Joker and the Hangover films, claimed that the reason he left comedy was because PC culture has made it impossible to continue being a comedian. “Go try to be funny nowadays with this woke culture,” he said. “You just can’t do it, right? So you just go, ‘I’m out.’” Phillips isn’t the only comedian who has shared the sentiment. Critically acclaimed comedians and their fans have recently come out against the idea of woke culture influencing what’s considered appropriate in comedy. However, what these comedians don’t understand is that woke culture hasn’t killed comedy. Rather, social awareness has evolved comedy past the point where these comedians’ careers are rooted, and now they are unable to move forward.

“Woke culture” is a term that’s often thrown around without a comprehensive understanding of what it actually means. Therefore, it’s important to clarify its definition and how it has been used to demean people becoming more socially aware. Essentially, being woke is to be conscious of the shifts that occur in one’s life and to be able to turn that into action. However, in recent years the phrase has become weaponized in the same way that the term “political correctness” has; people will use the term to belittle others who advocate for social awareness and defend their right to say what they want. Regardless of this, increasing social awareness is an inevitable trend seen more frequently in today’s society. People are becoming more conscious of the media they are consuming. If the values and beliefs of the comedians don’t align with their audience, they run the risk of losing that audience.

The people who advocate for the right to free speech are correct in a way. Americans do have a right to free speech, but those who espouse their beliefs seem to be unprepared to take responsibility when they say something or make a joke that is received poorly by the public. We don’t have to look too far into the past to see examples of this. Shane Gillis, a comedian and podcaster, was cast on Saturday Night Live and then promptly fired after it was revealed that he was prone to using racist language and impressions in some of his material. After his firing he took to the internet to talk about how as a comedian he is required to take risks. And in a last ditch attempt to save face, he said he “was always more of a Mad TV guy anyway.” Dave Chappelle is an icon in the comedy world, known for his hit show on Comedy Central, The Chappelle Show. He recently released a Netflix special, Sticks and Stones, where he takes aim at many minority communities, namely the LGBT community. He takes great joy in telling a joke in which he tries to defend his use of a slur directed at gay people. His special was hated by critics, receiving only a 35% of Rotten Tomatoes, but it is important to note that the audience score was 99% — showing that his fan base has ardently supported him regardless of how much he is hurting the communities he insults. Even Todd Phillips isn’t free of controversy: Throughout his Hangover movies, Phillips depends on cheap charactertures of non-white people, specifically Asian people in Hangover II. He also takes a jab at the trans community by inferring that by having sex with a trans woman, that makes the characters gay.

Talk to any of these comedians and they will tell you that comedy is dead because it’s too hard to make a joke without offending someone. But one form of humor has risen above all: memes. The most glorious thing about memes is that they can take the form of anything. A weird looking animal, a screengrab from Spongebob, a picture of Kim Kardashian crying — to list every known meme I’d need to write a whole other article. Memes are also extremely versatile because they can apply to almost any situation. They unite people who may never see eye-to-eye based on the humor that comes from an everyday situation portrayed in a humorous way.

Just because comedy has taken new forms, it doesn’t mean that old ones have lost their appeal. Puns are a great example of a tried and true form of humor that has yet to lose its appeal. They are so classic, in fact, that at the 2019 Edinburgh Fringe Festival, the award for funniest joke of the festival was the following from Olaf Falafel: “I keep randomly shouting out ‘broccoli’ and ‘cauliflower’ — I think I might have florets.” Falafel’s joke shows one of the reasons people still love puns. There is an inherent intelligence that is needed for crafting them; a person needs to have the ability to play with words and have perfect timing in order for the pun to land just right. Puns are also, for the most part, innocent, harmless fun. They don’t try to push the boundaries or touch sensitive subjects. I have never heard a pun about using slurs, but I could tell you a great one about an olive falling off a table.

Because of the ways comedy is evolving it allows for comedians from groups that aren’t as well represented in comedy to get a chance to share their talents. This includes comedians like Hannah Gadsby, who released her comedy special, Nanette, to critical acclaim. Gadsby is a member of the LGBT community and has found new success because of her groundbreaking style of storytelling since releasing Nanette. Other queer comedians have also began to find success in a more socially aware world, such as SNL cast members Kate McKinnon and Bowen Yang. Both McKinnon and Yang have enjoyed recent success: McKinnon has appeared in films such as the Ghostbusters remake and The Spy Who Dumped Me, while Yang has become the first Asian cast member on SNL. By creating a more socially aware world, we’ve allowed others who historically have been silenced to let their voices be heard.

Comedy has always been subversive and irreverent. However, recent trends in how people present their comedy have led many comedians to sound less subversive and irreverent and more malicious. This is because we as a society are becoming more conscious of the media we consume and are beginning to realize that humor that demeans already marginalized groups is no longer acceptable, especially when coming from someone who is not part of that community. This isn’t to say that Dave Chapelle and Todd Phillips can’t still make comedy. Chapelle is a genius comedian and Phillips an excellent director, but the jokes they tell demean those who aren’t in the same positions of success as themselves. If they choose to continue with their same brand of offensive humor, they have every right to do so, but they may soon find what we already know: The times are changing and they are running the risk of being left behind.