Join the editorial board on this knight-marish return to the Vanessa Hudgens Christmas Cinematic Universe.

When news of The Knight Before Christmas entered the Twittersphere, we here at AMP knew that it was our duty to return once more to the VHCCU (Vanessa Hudgens Christmas Cinematic Universe). And once again, our lord and savior Gabriella Montez of High School Musical stardom did not disappoint with yet another Netflix Original/Lifetime mashup from hell.

The movie begins when we’re introduced to the titular knight, Sir Cole Lyons of Norwich — whose name definitely didn’t come from a shitty fantasy generator — as he sets out to participate in some sort of falconry competition from ye olden days. He ends up getting lost in the woods and approached by an old woman referred to only as “Old Crone,” because it’s the 14th century and it’s still cool to talk about women like that. She tells Sir Cole about some monumental quest that he must complete before Christmas Eve if he ever wants to become a “true knight,” then proceeds to teleport him to the 21st century without providing any details about said quest, because that would make things too easy. To his credit, Sir Cole seems surprisingly chill with the change in scenery and doesn’t accuse everyone around him of being a witch, so at least he has that going for him.

We then meet who we’re all really here for: Miss Hudgens herself, who plays Brooke, a young teacher with a seemingly exorbitant amount of money earned through the power of inheritance. Brooke has recently had her heart broken by her ex-boyfriend and makes sure everyone in her life knows about it, from the student who approaches her for extra credit to her niece, Claire, when they go out to the local winter festival. The question arises why Brooke seems to have no adult friends other than her sister and her brother-in-law, but these questions are quickly dismissed once her insistence on calling women she sees as competition “wenches” is made apparent. Claire then proceeds to put Brooke on full blast by loudly declaring what she wants for Christmas is her Aunt Brooke to get a man who isn’t going to cheat on her. After getting exposed by a 9-year-old, Brooke returns to her home, but not before hitting our Christmas Knight with her car. But never fear! Apparently chain mail is enough to prevent a 1 ton hunk of metal going at 40 mph from doing any sort of physical damage. After taking Sir Cole to the hospital, Brooke offers to let him stay in her guest house despite having no idea who this man is, because that’s just the kind of reckless thing you do when you’re lonely and desperate.

From there, we get a highlight reel of Sir Cole learning more about life in the 21st century, like the wonders of instant hot chocolate and a conveniently placed Amazon Alexa that does nothing but play Christmas carols. Sir Cole also displays how much of a Mary Sue he is, because of course this 14th century knight is also an accomplished chef, a budding physician, and an expert tracker. Of course he is. Additionally, there’s a B-plot about a struggling single father trying to support his four children that’s shoehorned in solely so Brooke and her family can flex their substantial wealth in a superficial gesture that doesn’t provide any meaningful assistance whatsoever. Nothing says “Happy holidays!” quite like poverty porn!

Of course, we can’t forget about the all-important quest that Sir Cole was sent on — even though we most certainly did. After calling every grey haired woman he finds “Old Crone” to no avail, Sir Cole still has no idea what his knightly quest even is, let alone how to accomplish it. He returns to 14th century England after finishing a bunch of gallant enough tasks — like saving Claire from almost falling into a frozen lake or baking some bean bread for Brooke’s annual Christmas party, which are definitely on the same level — where he realizes that his quest was actually Brooke all along! Who could have seen that twist coming? After being home for a grand total of five seconds, he immediately goes back to Ohio to fulfill his true destiny of being Brooke’s trophy husband.But let’s cut to the chase: This movie left us with some real questions. In last year’s addition to the VHCU, The Princess Switch, it was established that the characters had at one point watched A Christmas Prince on Netflix. However, in The Knight Before Christmas, one of the characters brings back the acorn — the same acorn that once contained a change in abdication laws benefiting the titular Christmas prince — from the fictional country Aldovia, suggesting that A Christmas Prince and The Knight Before Christmas take place in the same universe. What are we supposed to do with this information? Is the Old Crone going to make an appearance in the next Christmas Prince installment and send everyone back in time for a romp and a moral lesson to learn in the 14th century? Will Sir Cole learn that he has some sort of blood relation to the now-king of Aldovia? Will it turn out that Brooke is actually a third sister to the identical twins in The Princess Switch? And will Sir Cole finally get vaccinated? We demand answers, Netflix!

Wed Dec 18 , 2019
We know running and maintaining an MMO game is hard — here's how to patch your game to make it exactly the fun-less hellscape your players have always longed for! 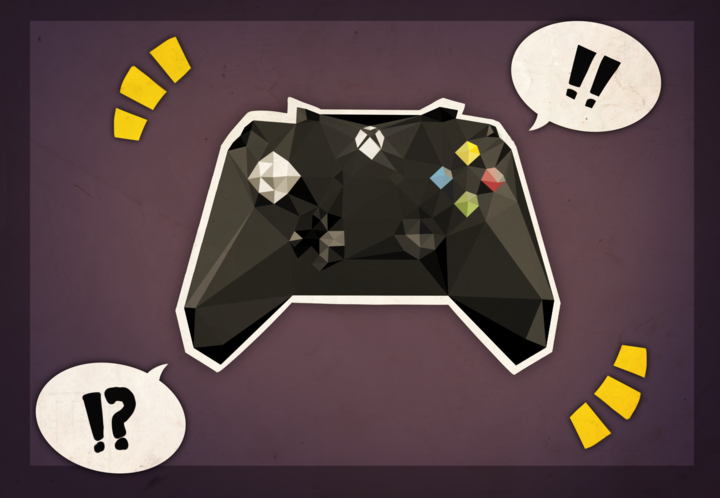