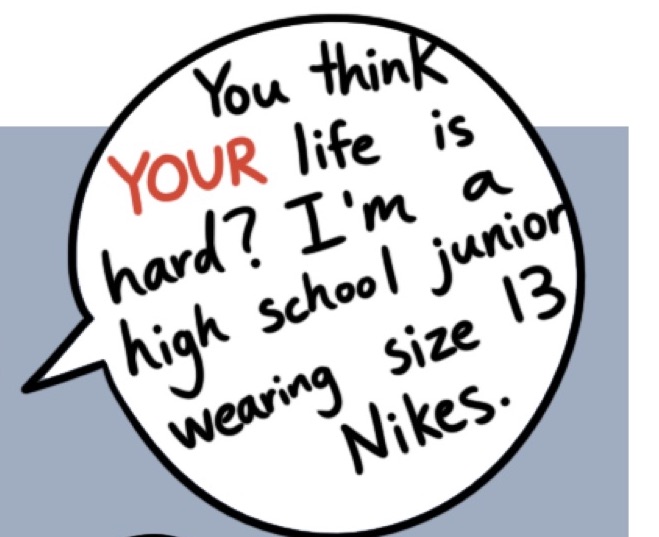 Hello real humans, are you tired of the media overrepresenting the people who need it the least? Do you desire a protagonist who reflects on the struggles of the oppressed and as a result gives off a progressive and inclusive message? Are you tired of the same formulaic garbage that’s being fed to our youth every time they step foot into the theater or open up something on the totally not horrifying children’s section of Youtube? Well, I’d like to let you know that your dream of a better tomorrow for our new generation will simply result in your scripts being used as toilet paper by a variety of teen media executives. Come on, these people are the experts here, not you. In fact, they are so in touch with the younger generation that they will revolve their ad campaigns around memes from 2011 and use the same three #relatable millennial jokes over and over again until Twitter users wish they were blind. With that being said, it is absolutely without question that these people know what today’s kids want. Oh no, they don’t want something with genuine humor and a powerful message. What they do want is something with obnoxiously catchy music. They want the type of high school drama that hasn’t been good since 2005. Most importantly, they want to illustrate real and relatable problems such as the triumphs and defeats of high school football. The executives know what young adults truly are — they’re not individual humans with complex thoughts and feelings. No no no, they’re underdeveloped and often annoying little profit machines whose parents’ money serves as Reed Hastings’ bathwater every Sunday morning. With that being said, let us dive right in and I will teach you how to write the best relatable young adult Netflix original movie ever. Not only will you learn how to beat a dead horse, but you will learn how to beat a dead horse into sawdust and turn that sawdust into flakes of gold.

If you dream of writing a protagonist who is not white, rich, straight and in general, experiences real and genuine problems caused by various societal factors, then too bad. Go the hell back to art school and cry about it to that one TA you met in Technoculture who knows Marxism like he knows the back of his own butt crack. This is show business, where the big boys play and where REAL artists make it! Everybody knows that REAL artists know exactly how to successfully fail at pandering to children and only REAL artists know how to make their executives happy. What better relatable teen protagonist is there other than some affluent white girl whose biggest problem is being a high school junior wearing size thirteen Nikes (men’s size thirteen Nikes). Tall Girl is a monumental film that speaks to the tender hearts of children and teenagers everywhere. Nothing says “relatable” more than a totally realistic bullying scenario where the protagonists’ classmates ask her “How’s the weather up there?” all because she’s a six-foot-one conventionally attractive young woman. Did the executives do the half-decent thing and make her a trans woman which will, therefore, result in a somewhat more decent story? What, do you think this is a Tumblr cuddle party? Of course not, this is the show business. Think of the parents (also the children, but mostly think of the parents). Think of the money that Netflix might lose because of the controversy. Besides, giving the protagonist actual problems is an example of bad writing. Remember fellow kids, the tall and white protagonist has more than enough emotional turmoil to deal with because of her height than her token black friend ever will.

However, say you want to be slightly braver and not write about your average affluent high school kid. There is a possibility that your script might be approved if you just write about your average middle-class high school kid played off as a working-class man who has to experience the heart-wrenching hardship of working an after school job in order to afford to go to an Ivy League school. After all, nothing reflects on the struggles of the working class than having your biggest problem be affording one of the most expensive universities in the country. The Perfect Date tells a story of a guy that is more relatable to a not so rich crowd in the most accurate ways there is. Everyone knows that relatable moment where you realize you have to take rich girls on dates and as a result, be paid hundreds upon hundreds of dollars just so you can attend Yale. It is a raw illustration of the everyday working-class struggle.

Do you need an example of an objectively well-made piece catered towards young adults that has brilliant dialogue? Just look at the lines from the ever so prestigious TV series, Riverdale. Young adults cried tears of joy when Jughead went on about how he’s a “weirdo.” He’s so painfully quirky that nobody in public has ever seen him without a “stupid hat.” I can’t help but shed a single agonizing tear just thinking about how quirky he is. His character is absolutely beautiful.

Speaking of quirkiness, make sure the audience never — and I mean NEVER — forgets how special and unique all your characters are. However, they can’t be too special to the point where they have the audacity to be anything other than your average affluent high school kid. Remember, they can only be rebellious in a conventional way. For example, the line where Jughead says how sarcasm is his way of relating to the world, that is the peak of television writing. Nothing better captures the high school experience than lamenting how you’re too special of a human being to exist alongside the brainless normies.

It is true when industry professionals say the type of music in your film will either make or break your success. An essential part of every successful young adult movie is the process of painstakingly picking out the blandest and shallowest soundtrack possible. Remember, the songs have to be the most obnoxiously catchy tracks that you hear overplayed on the radio. Bonus points if the track has the exact same beat and scale as all the other modern pop songs.

Also, remember that in order to properly include your pop music in your film, have it suddenly blasted at 100 decibels at a vaguely suitable time in order to show how musically in touch you are.

The fact is that nowadays the attention spans of the Gen Z-ers are too short to enjoy the wonderful craftsmanship of a well made relatable Netflix original teen movie. They’re too busy making their TikTaks by lip syncing to snippets of musical theater. While the previous sections have taught you how to make a wonderful and, most importantly, relatable Netflix original movie, this section will make you ask yourself: why stop there?

Why don’t you be a real visionary and post your entire movie on ThicccTops in one-minute increments so the younglings can actually pay attention? A lot of older folks despise the existence of TipToes, but we’re thinking ahead and into the future. So get that Musically I mean TikTok account and be the face of the movies of tomorrow.

I am now a professional disaster artist and I’m still a certified lesbian.