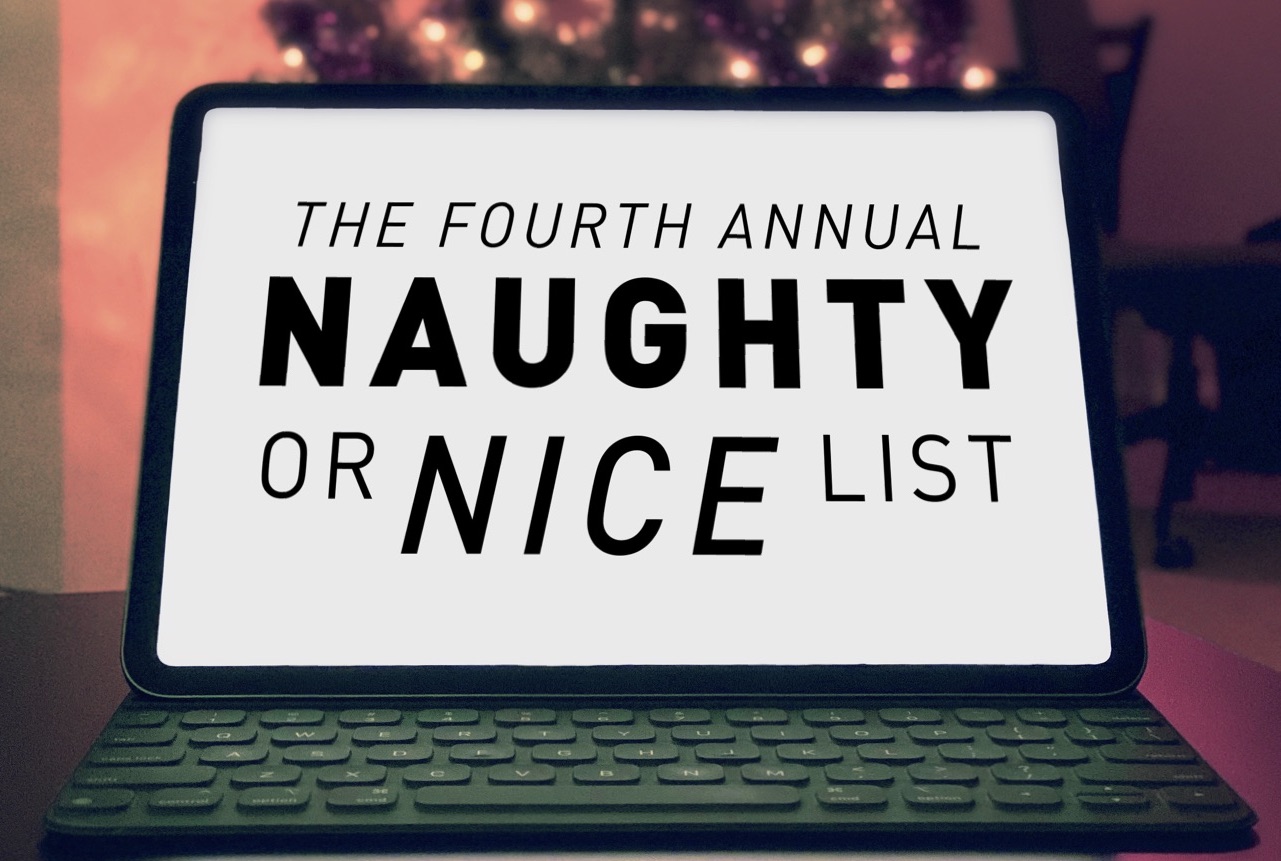 At first, it seemed like maybe you’d get away with not making the naughty list for the second year in a row. And then I opened up Twitter one morning and saw the Cybertruck. Tell me, Elon: Why must I endure the sight of a truck with PS1 graphics and no basic safety functions like, oh, rearview mirrors or a body that crumples? In the name of what? Disruption? Innovation? When I meet my inevitable end on this earth on my way to my job harvesting my own body heat to run a cryptocurrency mining operation in a crash that sends my insides flying with inertia but leaves that low-poly, flat-textured abomination of a truck perfectly intact, I hope it’ll have all been worth it.

You know what you did.

I have to hand it to Jeremy Renner for creating the most baffling phenomenon of the year: an app that looks a lot like Instagram but is only for…Jeremy Renner fans? You know, for the die-hard Jeremy Renner fan who needs access to exclusive photos, music (did you know Jeremy Renner makes music?), and advertisements for camping gear listed in Renner’s Amazon store. That’s not all, though — users had the option of purchasing virtual “stars” with real money that could be used to boost one’s worldwide fan presence on Jeremy Renner’s posts. Unfortunately, almost as soon as the app entered the collective online consciousness, an onslaught of trolls forced Renner to demand the app’s shutdown. I’m still not certain everyone who bought stars got their money back, but it was fun while it lasted.

It’s absurd that one company should own so many damn media properties and subsidiaries that the question of when antitrust laws should have come into play has long passed and we’re left with a company shoveling meaningless, empty, heartless live action remakes and attempts to keep dead properties alive by any means necessary down our throats. There is no original content, there is only Marvel and Star Wars and remakes and sequels and prequels and spinoff television series that tie into the same universe because at the end of the day the masses will simply consume without question and pump more money into this disgusting monopolistic machine. Watch The Mandalorian. Watch live action Lady and the Tramp. Watch Justin Morgan Had a Horse and The Apple Dumpling Gang and all of the other random Disney mid-century releases everyone forgot about. Remember your childhood? Isn’t baby Yoda cute? This is what you wanted, right?

Let’s be real, this whole trailer was designed in a lab to be circulated in meme form, and forcing animators to go back and redesign an entire character because it looked that bad is not a good precedent to set. The new Sonic looks fine now, but at what cost?

Back in October, game development company Bethesda released a premium subscription service addition to Fallout 76. Much like the rest of the game, the rollout of the Fallout 1st service was fraught with bugs and sparked discontent among players. Some felt like the premium subscription gave an unfair “pay-to-win” advantage to players, so non-subscribers did what they had to do: They started a class war. Marked by a special Fallout 1st icon, paying subscribers quickly became a target for plebeian players, earning this phenomenon a hilarious spot on the nice list.

Thank you for blessing the ATEC building, and for your delicious chai and pumpkin bread.

This one seems a bit self-explanatory, but 2019 has graced us with some particularly wonderful Keanu moments, like the release of John Wick: Chapter 3 – Parabellum, a surprise reveal in the upcoming Cyberpunk 2077 at E3, a cameo in the trailer for The Spongebob Movie: Sponge on the Run, and the announcement of a release date for Bill & Ted Face the Music.

Last year, I listed ginger ale on the nice list. A year has passed and though my tastes have matured, my love of ginger has stayed the same.

The criminally adorable pastry chef and host of the “Gourmet Makes” series at Bon Appétit stole my heart this year, and I know I’m not alone there. How could one not be transfixed by the gray streak in “Half-Sour” Saffitz’s hair as she reads the ingredients on a package of Pop Tarts? How does one not keep coming back for more when she inevitably overcomes the odds to create a gourmet Starburst? How could one ever get tired of hearing again and again how to temper chocolate? Claire Saffitz makes these questions impossible to answer.

Martin Scorsese became the hero we deserved when he boldly (and correctly) claimed that Marvel movies are “not cinema.” Likening the films instead to theme parks, Scorsese unsurprisingly upset quite a few Marvel fans, which led to some of the funniest online discourse I’ve seen in awhile. It turns out that attacking the director of classics like Taxi Driver and Goodfellas isn’t quite the punch-up people think it is considering the fact that Avengers: Endgame, having made $3 billion at the box office, is now the highest grossing film of all time. I promise you that Disney will survive this one.

Use promo code “USELESS” for 10 years off my life!