The Blacker the Berry

The Blacker the Berry 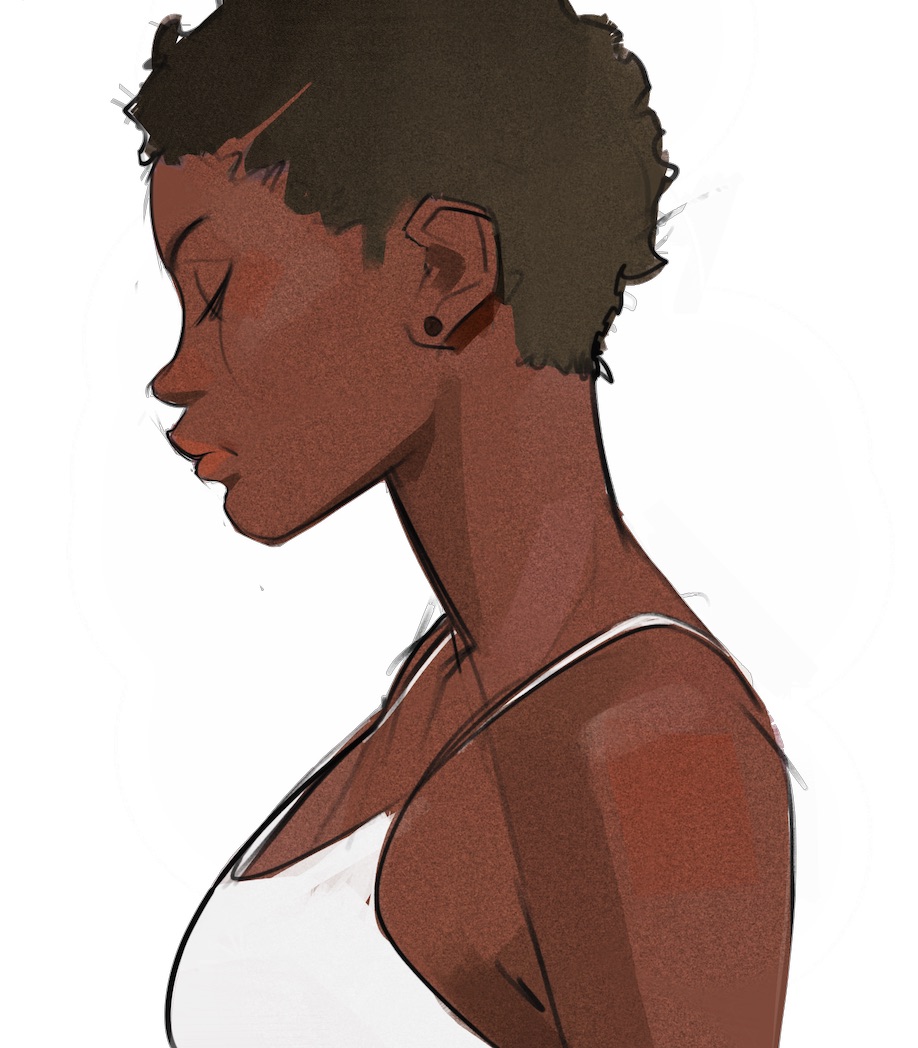 In his song “The Blacker the Berry,”  Kendrick Lamar raps: “You hate me don’t you?/You hate my people, your plan is to terminate my culture/[…]You vandalize my perception but can’t take style from me.” In a few short verses, Lamar summarizes the dichotomy of vilification and fetishization that black art goes through at the hands of white audiences. White conservatives denounce hip-hop for its supposedly “vulgar” and “obscene” nature while dismissing the artistry that goes into the lyrics and music. White liberals revel in hip-hop’s so-called “gritty” aesthetic while refusing to acknowledge the unique struggles that went into cultivating said aesthetic. And beyond that, white audiences in general refuse to give hip-hop the respect it deserves as an art form solely because it’s a part of black culture.

Hip-hop has cultural roots that stretch far past the streets of Harlem and Chicago which serve as a connection to a homeland in a way that African-Americans don’t normally get to experience. Rapping, for example, can be traced back to West African culture, in which griots, or storytellers, recite poetic tales of their ancestors over the beat of rhythmic drums. When West Africans were enslaved and brought to America, they took the call and response nature of griot culture and adapted it to their work songs. This call and response later found its way into hip-hop in the form of emceeing. Modern hip-hop, however, didn’t develop until the 1970s as a cultural exchange between African-American youth and immigrants from Caribbean countries in inner cities. Rapping, which had long since cemented itself as part of African-American culture, got laid over rhythmically complex Caribbean beats and thus, hip-hop was born. In its origins, hip-hop served as an outlet for disadvantaged minority youth to discuss the issues they faced in the inner city. Through songs like “The Message” and “F*** tha Police,” voices that had been systematically silenced were now being given the opportunity to speak to the masses about their struggles. As hip-hop music developed and grew in sync with the Black Power movement of the 1970s and ’80s, hip-hop grew into a unique form of socially conscious commentary and an ode to black culture. Artists were now revelling in their blackness.

Ever since hip-hop became a celebration of black culture, though, it’s been vilified and persecuted by white people in power. Ever since he came to office, President Trump has insulted various hip-hop artists, from Snoop Dogg — declaring that his career is “failing” and that him mocking Trump in his “Lavender” music video was an “outcry” — to Beyoncé — describing her performances as “thrusting her hips forward in a suggestive manner” that’s “not appropriate” and should qualify as a “national scandal.” However, he’s hardly the first president to degrade hip-hop. Presidents George H.W. Bush and Bill Clinton both openly criticized hip-hop, with Clinton denouncing it as “filled with hatred.” Sister Souljah, a rapper and activist best known for her criticisms of President Bill Clinton during his campaign explained this well in an interview with L.A. Times reporter Chuck Phillips: “The reason why rap is under attack is because it exposes all the contradictions of American culture. What started out as an underground art form has become a vehicle to expose a lot of critical issues that are not usually discussed in American politics. The problem here is that the White House and wanna-bes like Bill Clinton represent a political system that never intends to deal with inner city urban chaos.” Essentially, white people in positions of power have vilified stories of both the joy and struggle of blackness to try to justify not addressing the difficult questions hip-hop asks of those in power.

The discrediting of hip-hop culture, though, goes far beyond just trying to discredit them in words. For much of its history, hip-hop music has faced attempts by white people in power to criminalize this musical embodiment of the black experience. It’s a common misconception that hip-hop only faces censorship because of its use of profanity. This, though, isn’t the case at all — lyrics are often censored regardless of profanity because of their so-called “vulgar meaning,” i.e. the topics they discuss. In 1984, the Parents Music Resource Center, essentially an organization of PTA moms with actual political swing,  was formed in order to increase parental control over the access children had to music that they deemed to have violent and dangerous messages. In 1985, their lobbying led to a series of Senate hearings to discuss the “potentially harmful” effects of lyrics in popular (read: hip-hop) music. Although the PMRC ended up being shut down in the mid-1990s, their influence on music and the public’s reception of hip-hop music is still palpable today. In 1990, Luther Campbell and 2 Live Crew filed a lawsuit against Broward County Sheriff Nick Navarro for prosecuting stores that were selling their album for allegedly being legally “obscene.” American journalist Robert Ebert put it this way: “Rap has a bad reputation in white circles, where many people believe it consists of obscene and violent anti-white and anti-female guttural. Some of it does. Most does not. Most white listeners don’t care; they hear black voices in a litany of discontent, and tune out. Yet rap plays the same role today as Bob Dylan did in 1960, giving voice to the hopes and angers of a generation, and a lot of rap is powerful writing.”

Even the language used within rap and hip-hop gets subjected to scrutiny from white Americans. Rap and hip-hop’s generous use of AAVE (African-American Vernacular English), a variation of English commonly used by most working- and middle-class African-Americans, leads to the genres being considered baseless and unsophisticated. However, dismissing AAVE as a valid form of language is an insult to not only rap and hip-hop, but to black culture as a whole. AAVE is a unique dialect of American English that stems from the combination of Western African languages typically spoken by slaves and broken English slaves picked up because they were prevented from learning English’s formal grammar rules. From these linguistic scraps, African Americans developed a dialect with its own internal logic and grammatical complexities that those unfamiliar with AAVE don’t appreciate. Dr. Sonja Laneheart, a linguistics professor at the University of Arizona, discusses how the use of AAVE is interpreted as being lazy or uneducated, which makes sense considering how it’s commonly used by the African-American community which also gets associated with these stereotypes. Additionally, AAVE in rap and hip-hop adds to the black pride commonly associated with these genres as AAVE is used to affirm black artists’ cultural upbringings. Nonblack people tend to treat AAVE as black people failing to use the English language properly and fail to understand that AAVE, just like any other dialect of language, has its own unique grammar, vocabulary, and accent tones. Just because nonblack people don’t generally take the time and effort required to understand AAVE’s rules doesn’t negate the talent and artistry required to create rap and hip-hop music.

Even when white people interact with hip-hop, though, appreciation can quickly turn to appropriation. White consumption of black art can be just as problematic as openly attacking it when it goes from appreciating the art form to claiming it as their own or using it as a prop. When white performers (usually pop artists) have their “teen rebellion” phase, they fall back on black culture as a prop. One egregious example is Miley Cyrus, who shamelessly appropriated the hip-hop aesthetic after her break away from her Hannah Montana persona. This can be seen in her now-infamous VMAs performance of her “twerking” on stage and her declaring that her vision for “We Can’t Stop” was wanting something “that just feels Black.” Iggy Azalea took this several steps further and crafted her whole musical persona around it. She literally tries to make her voice “sound blacker” by mimicking the speech patterns of black people from the inner city despite being a white middle-class Australian and goes out of her way to act like what she sees as “black.” This kind of behavior is disappointingly common, but the worst part is that white artists don’t see that what they’re doing is wrong! For example, when confronted about her past of cultural appropriation in an interview with Cosmopolitan, Iggy Azalea refused to acknowledge her mistakes, stating that she’s not sorry and that she will continue to make the same type of (fetishizing) music. Artists and fans see it as appreciation when reality, it’s fetishism that’s no less problematic than the 1800s Romantic movement’s obsession with the (dramatically dehumanized) “exotic.” This sort of behavior ignores the art and the culture and the struggle that goes into the craft of hip-hop music and simply steals a bastardized aesthetic to use for profit.

Black culture as a whole serves as the framework for mainstream culture while simultaneously receiving an undue amount of criticism due to its connection to the black community. Rap and hip-hop are key examples of this dichotomy; in spite of their immense popularity, they’re subjected to scrutiny that wouldn’t be applied to music genres commonly associated with nonblack people. There’s nothing wrong with loving or hating rap or hip-hop; music is at its core a deeply subjective topic and will attract a wide variety of opinions from people. However, they’re not just vulgar and baseless guttural or props to appropriate for one’s image. These genres are art forms in their own right and are deserving of respect.

Honestly, only giving this “writer” thing a shot in case their real plan of becoming a shonen anime protagonist doesn’t pan out.