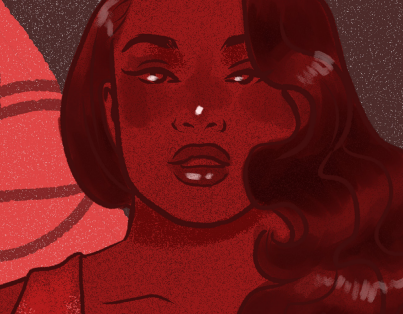 I know what you’re probably thinking: here comes another think piece about racism and inequality. To put it simply, you’re absolutely right; but today we’re going to be more introspective. I’m talking about looking at problems within the black community that are promoting the cycle of inequality. The day colonizers stepped foot on African soil and began stealing everything they could–from the people to the resources–in the 15th century, was the day an abundance of adversities developed that have been disenfranchising black people for centuries. We all know how slavery went so there’s no reason for me to reiterate it but I will say, despite the fact that this country made every effort to bury black people with oppression and silence our voice–we prevailed and we continue to prevail. Through the adversity, black people managed to create a culture so rich it influences everything in this country from food to music to clothes. Not to mention how we’re growing in numbers in fields of medicine, law, and business. Black people have done amazing for themselves considering the circumstances, and that is something we can always be proud of. However, there’s been a rampant issue within the black community that is undoubtedly holding us back. This issue is a result of racism, colorism, and sexism, and unfortunately there’s still a debate over its existence. I’m talking about the treatment and perception of black women by black men and unfortunately a good portion of society. Let me give an example of this treatment and perception by reminding everyone of what allegedly occurred during a party in the summer of 2020 between the beloved Megan Thee Stallion and the 5’3” gunslinger Tory Lanez. Tory and Megan were inside a car arguing and Megan left the car to walk away when Tory pulled out his gun and shot her in the foot. Now when we take this story at face value it looks like an assault case with the use of a weapon, which it is. But there is a bigger story here. A number of people on social media have been discussing this issue because it was specifically a black man attacking a black woman. That brought up the conversation of the lack of protection black women receive from black men. The black women in my personal life told me this incident “confirmed what we already knew” and the immediate defense towards Tory was frustrating to say the least.

After Megan was shot, the police arrived and at that moment she didn’t tell them the truth about what happened. She said she was afraid of what the police could do. Even in this moment of pain inflicted by Tory, she still felt the need to defend him from a potential racially-motivated death. The time period of this incident did not help the situation because it occurred shortly after the Black Lives Matter protests were at its peak. Due to this, there was a collective motivation to specifically protect black men. A lot of this advocacy was coming straight from the mouths of black women, so to see news like this come up, one question was on everybody’s minds: Do black men respect black women the same way they respect other women? Some seem to think the answer is no because black men have fallen into believing the stereotype that black women are aggressive which diminishes their value as women (in their minds). Black women have been demonized. We’ve become creatures to the rest of the world with thick skin and coarse hair like a lion. And there are great qualities of being a lion, they’re strong, powerful, and great leaders. However, we’re not lions, we are women. We’re so much more than aggressive, strong people. We’re artistic and intelligent and funny, and our value lies in the fact that we’re human beings–nothing else.

The discussion of colorism is another thing that seems to make some black people uncomfortable. I can’t even begin to understand where the disconnect is for some folks because like racism, colorism is a systemic structure that discriminates and encourages prejudicial behavior towards dark skinned people. It happens all over the world, from South Asia to Central America–there’s a general dislike and prejudice towards darker-skinned people. Unfortunately, colorism is plaguing the black community and so much of it is perpetuated by black men towards black women. Black people have been told since the time that they were owned as slaves that their dark skin is their most unattractive trait and they have to wear it with shame. Now, there are beauty standards that tell us that lighter skin and straighter hair is what is considered attractive. We’ve internalized these euro-centric beauty standards while having coarse curly hair and dark skin. A lot of black people went through a transformative time in their life — generally in middle school to early high school — to discover that they are not actually unattractive because of these qualities. It took time and a lot of positive self-affirmations to begin to love how we look. Unfortunately, some black people did not go through this transformative time and still believe someone could be less attractive because of their skin and hair type. They mask this prejudicial attitude behind having a ‘preference’ and nine times out of ten it’s a black man with this ‘preference.’ Black men are constantly stating that they have a preference of lighter skin women with looser curl patterns that adhere to the idea that these qualities are superior and more attractive. When they get called out on their colorist ideology, they claim it is only a ‘preference’ and has nothing to do with colorism. These are the obstacles that are going to continue hindering us as black people, but only if we let them. Black people continue to go through hell in this country. Slavery will forever have an affect on us after our ancestors had their culture, their people, and their freedom stripped from them. Finally gaining freedom after 2 centuries and having to endure extreme racial prejudice: black codes to Jim Crow to the ongoing murders from police brutality; it’s safe to say America’s treatment of black people will always be a national shame. After all this adversity and pain, we have black people dedicating entire youtube videos to asking people whether they prefer darkskins or lightskins. Then, you’ll more than likely have to sit through a minute of them explaining how they just don’t find dark skin women attractive like that’s a perfectly normal thing to say.

Rapper Kodak Black is a perfect example of colorist ideology. He claims that he doesn’t like women who are the same skin tone as him (he’s also dark-skinned). He even went on to say that he prefers light-skin women because they are easier to “break down.” Kodak believes that light-skin women are easier to “break down” because he equates dark skin to aggression and masculinity and light skin to submissiveness and femininity. This is a perfect example of how a black man can internalize racist and colorist beliefs and hate himself. And that hatred manifests into hating people who look like him, including women who are nothing short of beautiful, however happen to have dark skin. At the end of the day, dark-skinned women are not worried about Kodak Black’s opinion of them, but it’s hard to constantly be degraded for the shade of your skin. It’s even worse when the disrespect and degrading comes from someone who looks like you. You expect to be supported by your own people, especially being from a community that has been through so much hardship. It’s so important to affirm the belief that we are worthy. Men like Kodak Black are continuing and upholding the ideology of the racists who owned his ancestors. He’s doing their work for them. They created the idea that black people are worthless because of their skin tone and Kodak Black — and his fellow colorists — are carrying the torch to ensure that these fundamental beliefs of slave owners are never forgotten.

At this point you might be asking yourself: What on earth are we supposed to do? To be frank, I don’t have the end-all solution to defeating colorism or ending the demonization of black women. But I can tell you one thing: a little goes a long way. Let’s think back to Megan and Tory for one minute. A lot of people read this story and immediately began wondering what Megan could have done to antagonize Tory into allegedly shooting her. This is the mindset that protects abusers and never allows black women to be seen as victims when they are victimized. Instead of asking what Megan did to get shot, ask what is wrong with Tory for shooting her and what punishment is he going to get for it. Ask if Megan is receiving the protection and treatment she needs to heal. Ask if she is okay. Black men simply defending black women goes a long way. And instead of just claiming that the reason you exclusively like lighter skinned women is because you have a preference, ask yourself where this ‘preference’ is coming from. Ask yourself if you see value and worth in dark skin and if you truly find it equal to light skin. These kinds of questions aren’t easy to answer, and require a very high level of introspection. However, if we are ever going to defeat the ideologies holding us back as a community, it’s necessary that we look to the parts of ourselves that are hindering our growth.