The Winter, The Blackouts, and The Apocalypse

The Winter, The Blackouts, and The Apocalypse 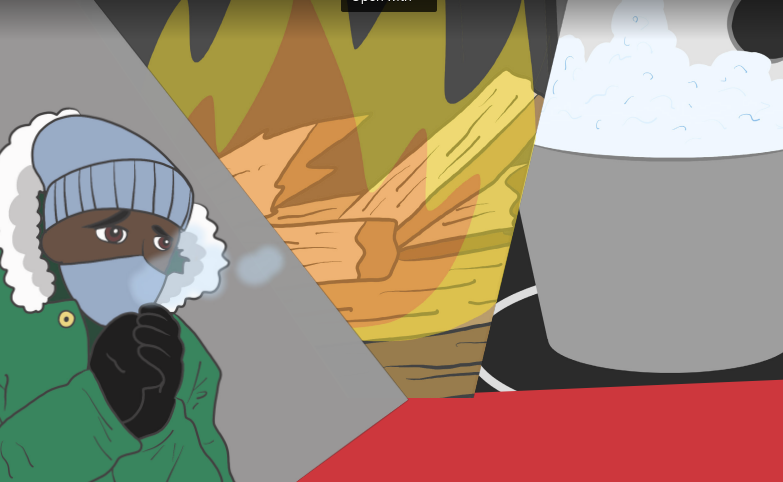 In Houston, a suburban family finds their three children dead in a house fire.

In Harris County, at least 300 were treated for carbon monoxide poisoning.

In the same city, a 60-year-old unhoused man is found dead, having frozen to death.

Per the Washington Post, at least 58 people died in this month’s winter storms across central North America, and nowhere was the freeze more piercingly felt than in Texas. Our thinly-insulated homes couldn’t stand up to single-digit temperatures and our plumbing was too shallow to keep the frost away. But, most strikingly, our electrical grid couldn’t keep up. At least 4.5 million Texans lost electricity during the worst of the chill. At least 32 Texans died. The number – accounting for indirect deaths – is likely much higher.

In many ways, however, the unprecedented climatic aberrations aren’t the smoking gun of this modern age, nor were they in Winter Storm Uri, as the Weather Channel catchily dubbed the atmospheric beast of our own creation. This month, it was not the cold, but the flat-footed response of systemic power that killed; not the frost, but the Electricity Reliability Council of Texas (ERCOT) and its attempts to extract the greatest possible profit out of the suffering of those least able to bear it.

In this contemporary age, it isn’t nature run amok that serves as the beast; it merely unveils the beast that has lived beside us all along.

ERCOT is, in technical terms, an “independent system operator”. It’s a private council, composed on the behalf of a variety of electrical companies governing their own fiefdoms of power and light, orchestrating the Texas Interconnect utility grid. It emerged out of the industrial needs of the Second World War, when banding the disparate independent power companies of the state for the greater good of war production was a matter of national security.

The Texas Interconnected System (TIS) was the first of these system operators, rising at a time when national utility grids weren’t yet a reality. As a result, TIS set to work building an electrical network completely divorced from either the broader Eastern or Western North American grids. By the era of deregulation in the 1970s and 80s, driven by the neoliberal reassertion of capitalist ascendancy, ERCOT (as it is now known) had built a proprietary confederation of grids not linked to any other in the country. The evasion of federal energy regulations played a not-insignificant part in ERCOT’s internal calculus.

Deregulation and privatization have been the two bywords of ERCOT’s existence. In 1995, Texas’s wholesale generation market was deregulated; the rest of consumer electricity would soon follow in 1999.

The supposed intention was to counteract generation shortfalls across the state, but the reality would land far from this target. Between 1999 and 2007, electricity rates in Texas jumped by 64%, when before deregulation Texas’s rates had been below the national average; and, despite the best of ERCOT’s inscrutable intentions, Texas had one of the lowest margins of unused generation capacity in the United States by 2019.

This 2019 assessment came after another case of ERCOT’s underperformance in a winter storm; this time in 2011, during the “Groundhog Day blizzard”. In this storm, ERCOT-managed grids cut power to 3.2 million Texans – a direct result of ERCOT and its half-hearted regulator, the Public Utility Commission of Texas, refusing to winterize equipment despite recommendations from the Federal Energy Regulatory Commission.

Now, in 2021, we stand in the aftermath of another spectacular failure on the part of ERCOT – but failure is a word that implies an outcome adverse to one’s goals. The provision of electricity in itself was never one of ERCOT’s goals. ERCOT, as a private corporation, exists solely to create profit. The provision of electricity is only an asset in the pursuit of this goal.

This was evident on February 15th, when ERCOT held an emergency meeting – not to discuss the integrity of the state utility grid, but to discuss how to pass skyrocketing natural gas costs onto desperate consumers. At that meeting were ERCOT chair Sally Talberg, a Michigander, and vice-chair Peter Cramton, an economics professor in Cologne, Germany. ERCOT was never a Texas-run organization devoted to infrastructural stability. It is a corporation, and it’s run as such.

The word “apocalypse” is a Classical Greek borrowing, derived from Nicene Christian theology. The original word is apokálypsis, meaning “an unveiling”, referring to the events of the Book of Revelations. Under the conditions of the Apocalypse, the true nature of human beings are revealed – themselves, their structures, and what they truly hold dear.

In its etymological genetics, an apocalypse is the revealing of essence, the affirmation or refutation of one’s notion of being, a rare look behind the curtain to steal a glimpse of the mechanisms behind modern society. Climate change, then, is an archetypal apocalypse. It’s a creeping existential horror, slowly but surely nudging our society into a spiral that could very well be terminal.

But climate is not a lone, random killer. It’s been primed to go haywire, deliberately, by structures that not only do not care about the health of the planetary environment but in fact profit from the collapse. On the West Coast, entire economies have sprung from the ashes of the chaparral every summer to meet the need for colossal firefighting efforts. Prisoners are paid $1.45 a day to fight fires, developing skills they will legally be prevented from making professions out of.

Collapse is profitable, and in Texas, it continues to be profitable. ERCOT’s constituent companies plan to charge astronomical electric rates, showing the decadent magnanimity of offering 10-year payment plans for their new, horrifying indemnity scheme – climate debt. Not only do private, deregulated firms show little care for the mortal threat of climate change beyond public relations offices, but they continue to make handsome profits from the abominable feedback loop they have wrought.

Japanese anti-nuclear activist Sabu Kohso, speaking of the response to the Fukushima Daiichi plant disaster (itself an extension of the Tōhoku earthquake and tsunami), says that “the epochal meaning of the present is that it apocalyptically reveals how the world has been made, compelling us to reconsider how we participate in making it by living”. By continuing to live as we do – not on the level of us as individuals, but us as a society – we reinforce the structures of power that grow wealthy from exponentially increasing human misery.

Apocalypse, however, in the original Greek, is a nuanced word. It simply means what it has always meant – an unveiling. Now, in the conduct of our institutions and those who lead them, the true motivators of power are unveiled.

The question is how to react to this unveiling; how to create a movement to temper, if not wholly stop, the climatic bullet slowly accelerating towards the heart of the Earth; how to disassemble the structures that prevent this goal; and how to build a new structure of being that can ensure, through the remnants of a broken environment, that life is still worth living.

Senator Ted Cruz, while those 32 (and likely more) Texans died, flew on a United Airlines jet to Cancún for a family vacation. Former governor Rick Perry spoke about how “Texans would be without electricity for longer to keep the federal government out of their business”. And other politicians impotently called for keeping the deaths of Texans by exposure, carbon monoxide, and fire “apolitical”, all for the defense of a cartel of utility companies already with a history of continued failure.

A just world may not exist, but that doesn’t mean that a just world cannot exist. We see this world coming to life with the mutual aid groups that delivered groceries to those in flooded houses, the donations amounting to nearly $150,000, and the groups of devoted, organized people committed to the realization of a supposedly-utopian dream even under the conditions of climate collapse.

When the mid-winter ice blocks your doorway, when the wildfire soot forms lumps in your throat, when the forests desiccate and there’s no longer any wealth we can afford to waste, should we live as atomized particles under an apathetic design?

Or should we live – as we were always meant to – together?