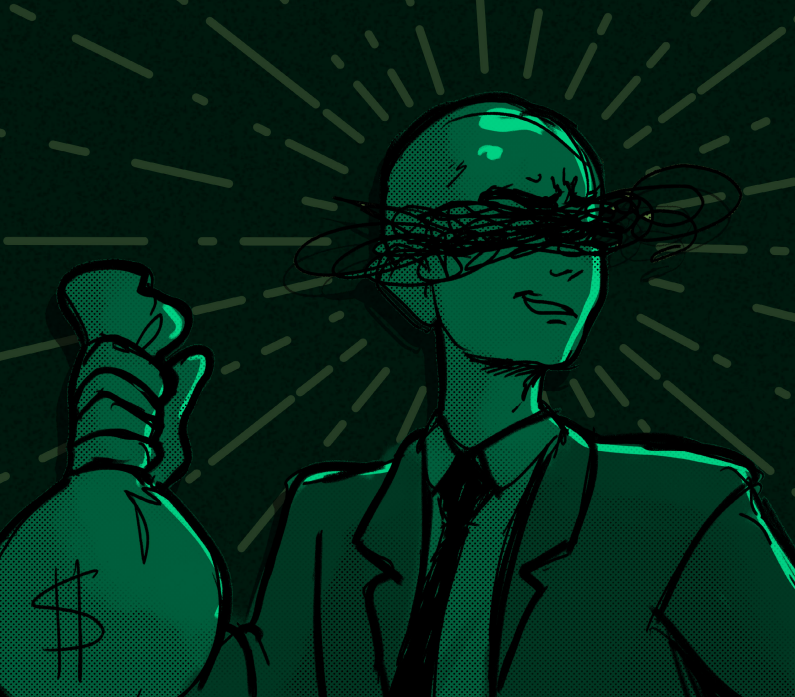 Americans are obsessed with the fairy tale of the “self-made” billionaire.

In reality, Jeff Bezos, Bill Gates, Mark Zuckerburg, and Elon Musk are not nobodies who came from nothing. Not a single one of them is anything resembling an ordinary college dropout, and pretending otherwise only feeds into this false narrative. Billionaires, especially this brand of supposedly self-made tech billionaires, gain their capital from a mix of inherited wealth and the continued exploitation of working people, and none of the men listed here are an exception.

The story often goes that Bill Gates dropped out of university, but despite this failure he persevered, started Microsoft, and the rest is history. This is an incredibly twisted version of events, meant to twist people into thinking that the once-richest man in the world was just an ordinary guy. On the contrary, Gates comes from a long line of wealthy people with influential connections.

Gates is the son of Bill Gates Sr., one of the founders of K&L Gates, now one of the top 50 highest grossing law firms in the world, and Mary Ann Gates, who served on the board of directors of several large corporations, but most notably was president of the American branch of United Way, a network of nonprofit fundraising affiliates. Both of his parents came from affluent backgrounds, and Mary Ann Gate’s grandfather was the president of the National City Bank in Seattle for many years.

Gates had a private school education, at a school that had enough money to give him access to computers and enough flexibility to let him skip math classes to learn how to program. In the late 1960s, at a time when personal computers were still a pipe dream, access to a computer at all was an unimaginable level of privilege. He later went to Harvard to study pre-law, but while he was there he took several higher-level math and graduate-level computer science courses.

When he left Harvard in 1975, it was specifically for the intention of starting a software company. In a 1994 interview, he said, “if things hadn’t worked out, I could always go back to school. I was officially on leave.” The “college dropout” story is disingenuous at best- Gates never flunked out or was forced to quit school, he chose to leave and kept school as a backup plan. Also, it was Harvard.

In addition to that, the thing that actually propelled Microsoft from being a random small business into a leading software company was an opportunity to provide the operating system for the upcoming IBM Personal Computer. A few weeks before they were offered the contract, Mary Ann Gates happened to have brought up her son’s software company to John R. Opel, the chairman of IBM, who happened to serve on the national executive committee of United Way with her.

No matter how smart Bill Gates actually was, he did not get to where he is today on merit alone. It was only luck that he was born into a family with enough wealth to give him a high-class education, and enough connections to propel his small business venture into national news.

The same can be said for someone like Mark Zuckerburg. Zuckerburg, who also briefly attended Harvard, went to an extremely exclusive private high school. Before then, his father had hired a software developer to teach him how to program.

Much of Facebook’s early success and financial backing can be attributed to the fact that it was started by and for Harvard students, with later expansion into other prestigious colleges that were also populated by mostly affluent and connected people. Facebook got its first outside investment of half a million dollars from Peter Thiel, who was brought on to the company by Sean Parker, the founder of Napster. Parker found out about Facebook from his roommate’s girlfriend, a student at Stanford, and emailed Zuckerburg about his interest in the website.

And of course, there is Jeff Bezos, whose parents gave him $250,000 to start Amazon. It’s fairly well-known that Amazon treats its drivers and warehouse employees like garbage, subjecting them to extremely close monitoring, unrealistic quotas for wildly low wages, and pissing in bottles. Meanwhile, Bezos consistently tops the Forbes richest people list.

But perhaps the most frustrating of the group is Elon Musk, who loves to make completely unverifiable statements about how hard he works and how often he sleeps on the office couch. Even more frustrating is the amount of people who believe everything he says. During a 2014 commencement speech, he once tried to convince students to “work hard every waking hour,” claiming, “If you do the simple math, and say if somebody else is working 50 hours [a week] and you’re working 100, you’ll get twice [as much] done in the course of a year as the other company.”

This statement is completely false. Many studies have been done on this topic and came to similar conclusions, but as an example, “The Productivity of Working Hours,” published by Stanford in 2014, says that productivity actually decreases sharply after 50 worked hours, and almost completely drops off after 55. If a person works more than 55 hours a week, those extra hours only contribute to burnout.

Musk probably has never read any of those studies (or actually worked over 55 hours a week), since he constantly uses his own supposed work ethic as a justification for the brutal work culture he cultivates. Many sources have complained about the 60 and 70 hour work weeks at Tesla and SpaceX, as well as the unsafe working conditions in Tesla manufacturing plants, which only worsened after the COVID-19 outbreak. Musk is openly anti-union and has faced legal repercussions for illegally sabotaging Tesla unionizing efforts for better working conditions.

Despite Musk publicly denying the infamous claim that his father owned an emerald mine during South African apartheid, his father has confirmed that he owned half of an emerald mine in the 80s, along with a very successful engineering business. His mother, Maye Musk, is a successful model who has been featured on the covers of Vogue, Time, and Women’s Day. His father was able to buy him a personal computer to learn how to program in the early 80s, when computers were still very expensive. Like virtually everyone else mentioned in this article, Musk attended an Ivy League school for his Bachelors in economics and physics. He’s also admitted that his father was an investor in Zip2, the software company that Musk, his brother Kimbal, and Greg Kouri founded in 1995, although he wasn’t one of their biggest investors.

After Musk was removed by the board of directors from his position as CEO of Confinity (which later became PayPal), pretty much all of his business ventures became throwing money at any projects that looked fun to him. Solar, neurotechnology, space travel, whatever. Some of these ventures have made him money, and some haven’t, but along the way he’s amassed a cult-like internet following. A single tweet from Elon Musk can make a fringe cryptocurrency surge, or his own company’s stock plummet. And his insistence at having made it to the top of the Forbes billionaires list all on his own has only cemented this American myth in the heads of his fans.

I’m not here to address the dozens of unverifiable claims Musk has made about how hard he works and how involved he is in the technical aspects of SpaceX and Tesla, despite not having any formal engineering background. Whether or not Elon Musk actually spends a hundred hours in the office every week isn’t the point. Regardless of everything that he’s done, Elon Musk would not be one of the richest men in the world if his parents were not rich, and if he were not constantly exploiting his laborers.

This specific type of propaganda serves to prevent people from achieving awareness of where you stand in the system of social classes, or class consciousness. If you believe the stories, then all working people are only one million-dollar idea away from being Jeff Bezos. There’s no point in organizing for better wages and conditions if you’re going to be rich in four years anyway. To quote Ronald Wright’s paraphrasing of John Steinbeck, “Socialism never took root in America because the poor see themselves not as an exploited proletariat, but as temporarily embarrassed millionaires.” People are far less likely to get angry about the concentration of wealth if they think that they might someday be the ones holding all the cards.

No matter how smart or hard working a person is, there is always going to be a vast distance between them and the richest man in the world. I can’t speak for anyone else, but my parents don’t have a quarter of a million dollars lying around to invest in my online bookstore. My mom doesn’t know the chairman of IBM, and I don’t attend an Ivy League university. I am never going to be a billionaire, and that’s not a bad thing. None of this is to say that people shouldn’t study or work hard. You can find happiness and success without being one of the richest people in the world.

Billionaires, especially those on the top 100 list, are not ordinary people. They’re incredibly powerful people who have the ability to help people and choose not to, on a daily basis. The wealth that they’ve accumulated is the result of years upon years of exploitation — if not by them, then by their families — and the systems in which they operate. They have total control over most media. Notice that the Washington Post, owned by Jeff Bezos, is far quicker to praise Amazon than other news outlets. Even their so-called philanthropic efforts are often just a means to a tax break or a way to employ friends and family in a subtle manner.

If I’m making these people out to sound like Disney villains, good. It’s far more accurate to associate Elon Musk with Cruella de Vil than Cinderella. Dismantling the myth of the self-made billionaire is crucial to any social justice, labor, or environmental movement, because at the beginning of any movement is the identification of the enemy.