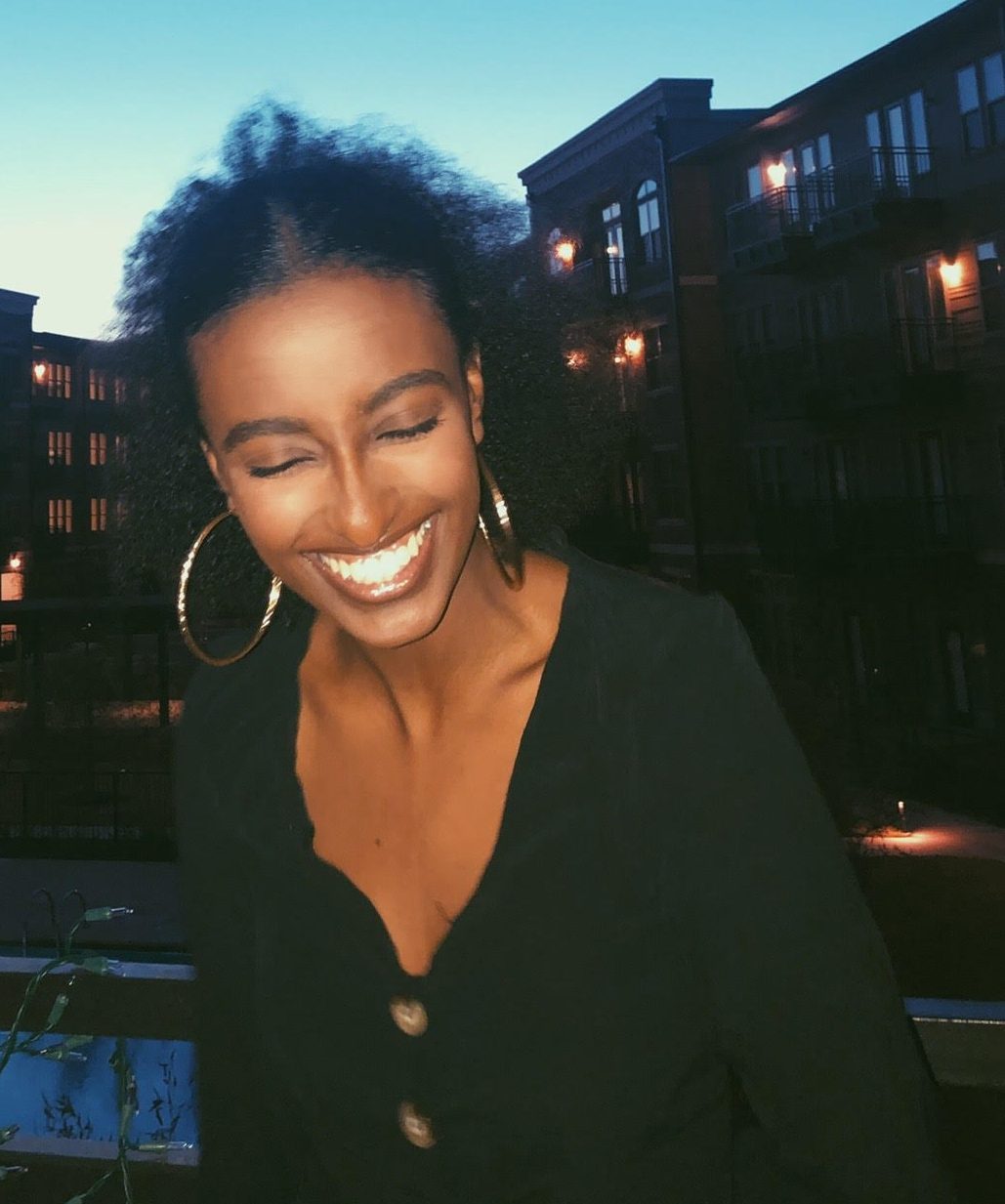 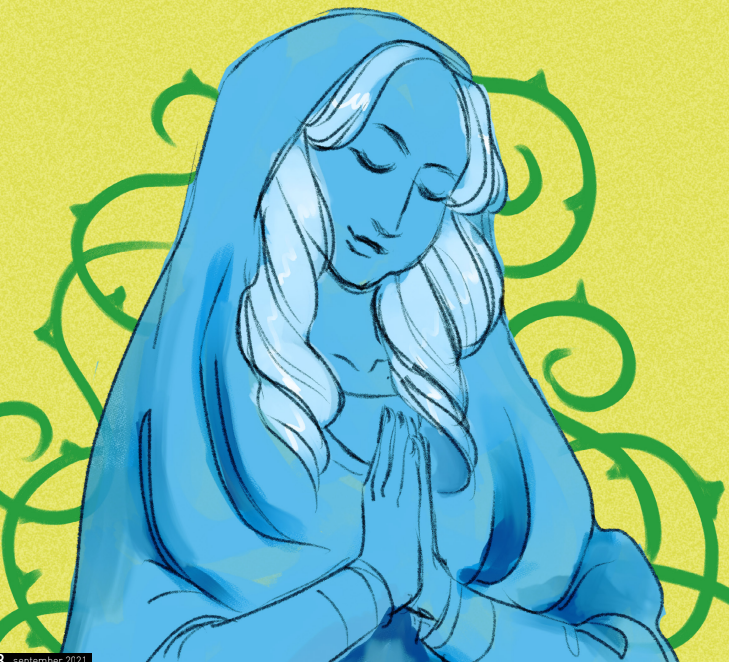 The women’s rights movement has shifted and changed significantly over the past few decades, in some ways for the better and in other ways for the worse. However, what has remained constant are the incels who will do whatever it takes to keep women in positions where they will never be free from misogynistic and patriarchal structures. These misogynistic men will come on the internet to try to debunk sexual assault statistics or simply tell women equality exists because everyone can work jobs. Whether it’s a selfish ploy to receive attention or a genuine refusal to acknowledge obvious oppression, there will always be those that attempt to discredit and invalidate people who are trying to right wrongs. By wrongs, I mean how the patriarchy has harmed women and how it’s strengthened men in almost every society across Earth. For a good century, women have organized to fight to be treated like human beings because we’ve been treated as property and objects. We’ve fought to end violence against us and asked men to remove the foot they have on our necks. However, some men believe if women become liberated it will result in their own oppression. A lot of them are terrified to be treated like women and it’s not surprising that instinctive selfishness becomes the norm after centuries of privilege.

When women and allies talk about the violence and oppression against women the response we get from the current generation of misogynistic men is “not all men.” That’s it. Not all men are bad, so in that case, we should stop complaining. As if the individual actions of some “good men” will reverse the centuries-old misogyny that’s ingrained in our society. That phrase was used so much it started trending on Twitter after 33-year-old UK woman Sara Everard was kidnapped and murdered by a male police officer while she was walking home. I don’t think I need to point out the anger a lot of women felt when that phrase went viral after that young woman’s death—it was upsetting but not surprising. The attempt to invalidate those who are angry about violence against women (specifically sexual violence that disproportionately affects women and is committed disproportionately by men) by claiming that there are good men is not an unfamiliar tactic. It’s a weak argument that’s only meant to coddle men and avoid hurting their feelings. How is it justifiable to change the course or overall end of a movement because the oppressors feel attacked? And to the oppressors: if you’re one of the good guys, why do you feel attacked? Many oppressive groups will try to silence a movement that is going to force them to change and give up their privilege. They want to invalidate us because they don’t want to see our liberation; they’re happy with the way things are and they would rather see us continue to suffer than change our culture and society. And just to point out the obvious, if you use your privileged voice to speak over and against those who are suppressed you are not the “good guy” you think you are.

To really understand the root of the problem we have to analyze how men see women in their minds. To be respected and treated like a human and not a sexual object as a woman, you have to reject sexual liberation and maintain your purity. Women are encouraged to gatekeep sex and men are taught to pursue. Misogynistic men do not see value in a woman who owns her sexuality, unfortunately, that’s a luxury only men get to enjoy. For a second let’s put aside the blatant dehumanization. Can we address the simple fact that men have fairly low standards in regards to who they sleep with? Men have sex very liberally and are not at all condemned for it. Their value doesn’t decrease and women will treat them with respect regardless of their sexual activity. Men are even praised (by other men) if they have slept with more women and it heightens their masculinity. On the flip side, men who are not very sexually active are deemed as less masculine and often made fun of by misogynistic men. So women have to remain pure to earn a misogynistic man’s respect and men have to have a lot of sex to earn a misogynistic man’s approval. An obvious question arises due to the contradiction in this misogynistic thought process: who are these men having sex with if women are meant to be pure and men are meant to be sexually liberated? The answer is simple: men expect some women to be sexually liberated, it’s just never the ones they plan on marrying or respecting. What I’m describing here is the Madonna-Whore Dichotomy. Misogynistic men see purity and promiscuity as mutually exclusive. Women understand their sexual desire and activity will change over time and it won’t affect their humanity and worth at all. However, men will categorize a woman as either promiscuous and sexually liberated or as pure and virginal. One they desire just for physical pleasure and the other holds an untouchable and unchangeable place in their mind. One category is meant for the wives, mothers, and all the female caregivers, and the other category is just meant for the sex objects. And as I stated before, “pure” women receive more respect than sexually liberated women. Even though it’s debatable which one is a better circumstance for women because they both force women into a box with a lock that has a thousand latches. I understand that virginal and promiscuous do sound like opposites and they are in most cases. However, when we are speaking about human beings and women in particular they should not be that easily categorized. Especially if the categories come with extreme judgment and bias. And as I said before, sexual activity is dynamic and will most likely change throughout a woman’s life just like in a man’s life. Most of the time the two categories can’t coexist in a misogynistic man’s mind when they are perceiving a woman because once you’ve reached the point of promiscuity there is no going back. This mindset is so harmful and unnecessary, and it’s unfair to only put this standard on women.

It’s usually very easy to spot a misogynist because they’re always making comments like: “when I like a girl I can’t think of her in a sexual way.” If you hear a man say this you might want to run. They can’t see the girl they like in a sexual way because sex to them is a degrading activity for women. And they would never want to degrade the pure virginal image of the girl they like; never mind that she is a human with sexual desires and has the ability to have pleasurable experiences during sex. A lot of men (especially older men) still see sex as something that is done to women instead of with women. In their minds, sex is for men to enjoy and for women to tolerate. This mindset will inevitably affect a misogynistic man’s relationship with all women in his life–including in his family. Having heard some misogynistic men speak about their daughters (hypothetically or in real life) has been so disheartening. It seems like the most important goal these men have for their daughters is to make sure they never become sexual beings. They believe they have to guard her virtue like we’re in 16th century Europe (if you watch Reign on Netflix you know what I mean), because if she is sexually active she’s considered “used” and her worth as a woman decreases. The really sad thing is we keep raising men to be this way. Every time we allow men to speak about women like their objects or whenever we excuse inappropriate behavior with boys by saying “boys will be boys.” When we claim qualities like empathy and compassion are feminine traits and aggression and anger are masculine traits. When we hold women to a standard of purity without doing the same to men. These are all ways that encourage misogyny in our society. It’s time we stop raising boys with the mentality that they need to conquer a woman’s body to be a real man. And proving your manhood does not mean embracing aggression and denying empathy and compassion. If we take this seriously and begin raising men to not be misogynists, we will see a change in our society. Men will treat women like human beings instead of objects and men will get to be compassionate people without being stripped of their masculinity.

I know at this point in my rant I definitely sound like a feminist, and in the most general way, I definitely am. But there are parts of the feminist movement that don’t align with what I believe will liberate women. For example, for the past few years, liberal feminism has promoted this idea of sex-positivity. This sounds like a progressive movement and even a step in the right direction to toppling the controlling behavior men exhibit over women’s sexual lives. However, it’s been criticized for encouraging women to take on a lifestyle that possibly objectifies them under the guise of liberation and empowerment. Basically, it seems like a tactic to pressure women into making decisions that are heavily influenced by society and surprise surprise–still gratify men! We have to be so careful with the message we’re putting out because it’s so easy for a movement to go from “have consensual sex, without an oppressive system stopping you,” to “have sex because it’s cool and means you’re a powerful woman.” Sex is not meant to be about power; that’s a part of the oppressive system we should be dismantling because, for misogynistic men, sex is about power. It should not be our goal as women to become more like men. That is not going to liberate us and if anything men should be more like us. Another powerful controlling tactic that is used against women is the cosmetic surgery industry. I’m not judging women for getting work done, and I myself have even considered making such an investment. However, to claim that surgically altering your body to fit the male gaze is empowering is just not true. I feel like I can see the misogynists who pushed these beauty standards on women laughing at us because we’re doing their job for them. They no longer have to tell women the key to finding a husband is adhering to the male gaze because now women are telling themselves the key to empowerment and liberation is bigger boobs. I don’t blame women for getting work done–I know for most of our lives we’ve been forced to focus on everything wrong with how we look. However, I do blame the industry for pushing cosmetic surgery as a fix for insecurities that exist because of misogyny. It’s giving men what they want at the expense of women and branding that as empowerment.

Feminist G.D. Anderson once said “Feminism isn’t about making women stronger. Women are already strong, it’s about changing the way the world perceives that strength,” and that’s the message I want to end with. Women are the origin of life; this world would be nothing without us and our aggressively compassionate empathetic strength.

My biggest influence as a child was Tim Gunn from project runway telling me to “make it work!”