Trans-coding in Media: How Danganronpa’s Writing Affects the Real World

Trans-coding in Media: How Danganronpa’s Writing Affects the Real World 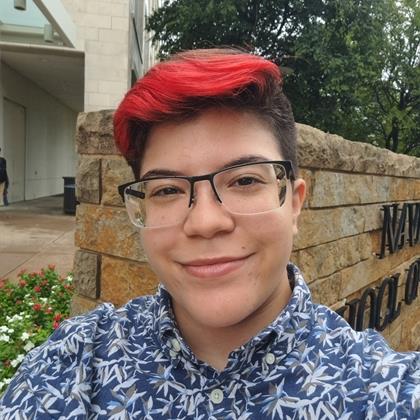 In recent years, more and more mainstream stories have been able to openly confirm LGBTQ+ representation, such as the Cartoon Network show Steven Universe being able to show a same-sex marriage onscreen, or the Disney Channel show The Owl House including two girls in an openly gay relationship, as well as a non-binary character. But before these breakthroughs (and even now when producers restrict writers), the concept of queer-coding was a way to safely imply LGBTQ+ identities.

Queer-coding happens when a character isn’t explicitly stated to be queer, but it’s heavily implied through tropes, stereotypes, mannerisms, and other signifiers recognizable to the audience. Queer-coding isn’t inherently good or bad; it’s just a tool that can be used to tell the audience more about a character. This can range from how many classic Disney villains behave more effeminately than the heroes of their movies to Bugs Bunny outright cross-dressing and flirting with other men. But despite these obvious implications, some fans will refuse to accept these characters’ identities unless they’re outright stated, which can create rifts within fandoms.

One notorious example of these rifts comes from the Japanese video game Danganronpa: Trigger Happy Havoc. Danganronpa, a part of the popular “death game” genre (similar to The Hunger Games series or the more recent Squid Game) in which characters must kill each other to win. One of these people killed is Chihiro Fujisaki, a short and petite young girl. After Chihiro’s death, her body is inspected by the other characters. They discover that although Chihiro wore traditionally feminine clothing like skirts and didn’t correct people who called her a girl or used she/her pronouns for her, Chihiro was assigned male at birth (AMAB). From this point forward, Chihiro is exclusively referred to by he/him pronouns in-game, solely because of the way their body looks under their clothes. One of the characters later claims that Chihiro did tell him they wanted to be referred to as a man, but we never actually hear this from Chihiro themself.

Naturally, the disconnect between what’s stated in the text of the game and the obvious parallels to transgender women has led to a heated debate online regarding Chihiro’s “true” gender. Those who believe that Chihiro is a cross-dressing cisgender man often disregard the common transphobic tropes and stereotypes baked into Chihiro’s story and ignore the fact that we never hear Chihiro’s own thoughts on the situation. All in all, the mere mention of Chihiro’s gender quickly leads to heated fights. Danganronpa fans often feel forced to include statements like “Don’t argue about Chihiro’s gender in the comments” on their posts, even when the post itself isn’t about this topic, because this discourse is so prevalent that it invades unrelated fandom content.

This debate should not be what the community focuses on. Simply put, Chihiro is not canonically transgender. Period. But this does not mean we should throw aside everything that makes them trans-coded, especially if it means speaking over transfeminine voices who both resonated with and were affected by this character. Unlike other more benign examples of queer-coding, Chihiro is written as a cruel misrepresentation of trans people. Stories like Chihiro’s cause real harm to real transgender people and to the trans community as a whole, and that is what we should pay attention to.

Many parts of Chihiro’s story play off of transphobic stereotypes, even if Chihiro themself is not officially transgender. For example, the anime community (which in this case includes Danganronpa because of its anime art style) often makes jokes about “traps.” A “trap” is an AMAB character who looks or dresses like a woman but still identifies as a man, such as the official explanation for Chihiro’s style of dress. These characters are supposedly trying to trick heterosexual men into falling for them, hence the name. This is obviously damaging to the trans community, particularly transfeminine people, who have asked for the term to stop being used. It plays off of old theories about transgender people transitioning for sexual reasons rather than because it aligns better with their self-identity and implies that trans women are just gay men in dresses.

When these kinds of transphobic ideas are perpetuated, they can lead to real-world violence against trans women in the form of “trans panic,” something that is eerily similar to what happens to Chihiro in the game. Trans panic refers to a legal strategy used when a person finds out someone close to them is transgender and kills them, claiming they entered a state of temporary insanity and were unaware of their actions. As of April 2021, this defense is still legal in thirty-four states. Not only does Chihiro’s death reflect this quite closely, with Chihiro revealing their assigned sex to a close friend and that person flying into a blind rage and killing them because of it, the way Chihiro’s identity is handled afterward only reinforces the transphobic arguments (such as the aforementioned belief that trans women are tricking men) which may lead to this kind of violence in real life. As of March of 2021, transgender people are four times as likely as cisgender people to be the victims of violent crime. These kinds of transphobic beliefs and the existence of the trans panic defense are a large influence on that statistic.

Another disturbing parallel in Chihiro’s story is how they’re outed after their death and the common correlation between a person’s genitals and gender identity. As previously mentioned, Chihiro’s body is patted down after their death. When the other characters find that Chihiro is AMAB, they decide Chihiro must have been a man, using he/him pronouns because of their anatomy. This kind of scenario has happened many times in history, leading to the outing of real trans people. The most famous example is that of Doctor James Barry. Barry was an accomplished surgeon who performed one of the first C-sections where both the mother and child survived. However, this is often overshadowed by what happened after his death. His dying wish was that he be buried in the clothes he was wearing and that no one look at his body, but his words were ignored and it was discovered that he was assigned female at birth (AFAB). To this day, historians debate whether Barry was a cisgender woman trying to get into the medical field or a transgender man. Similar is the story of Little Joe Monahan, an otherwise unremarkable cowboy whose assigned sex was sensationalized in the press after his death. Both of these figures lived as men for most of their lives and were rarely suspected to be anything else until their bodies were exposed. Many trans people fear being outed, misgendered, and deadnamed in death because of cases like these, and the way the characters in Danganronpa treat Chihiro is a terrifying reminder of this reality, as well as bolstering those who believe genitals are all that matter when determining gender.

Many Danganronpa fans seem all too eager to focus on the writers’ intentions instead of their impact. Whether Chihiro is a man, a woman, or something entirely different, the outdated stereotypes in their story have tangible effects on real-world transgender people. Rather than wasting time arguing over bad representation, we should support the people affected by these portrayals.

If you would like to support the trans community, please consider donating to charities such as Mermaids UK, a trans-centric organization, or The Trevor Project, which aims to decrease suicide rates in LGBTQ+ teens.