Back to Our Roots: Returning to Serial Publication

Back to Our Roots: Returning to Serial Publication 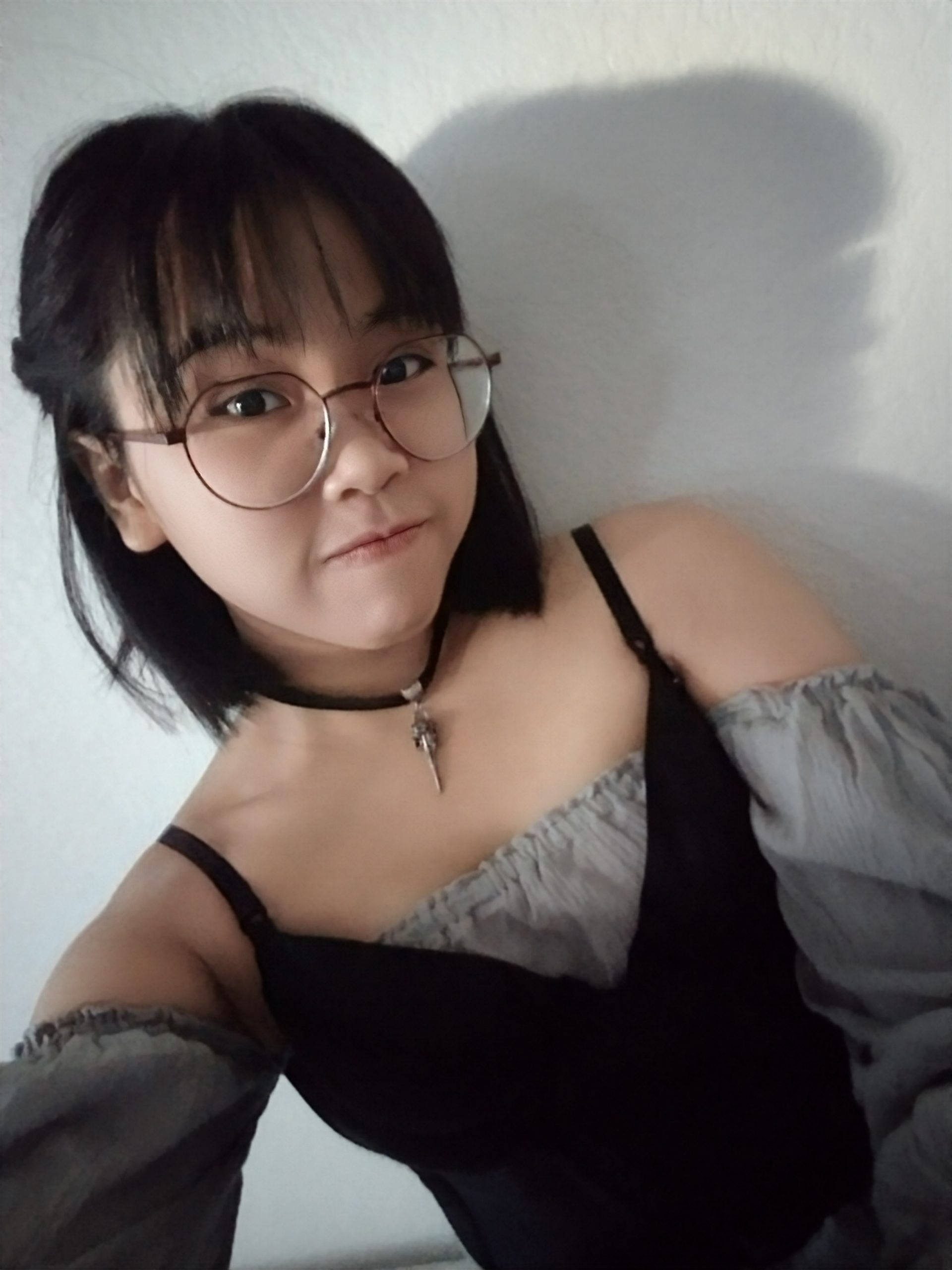 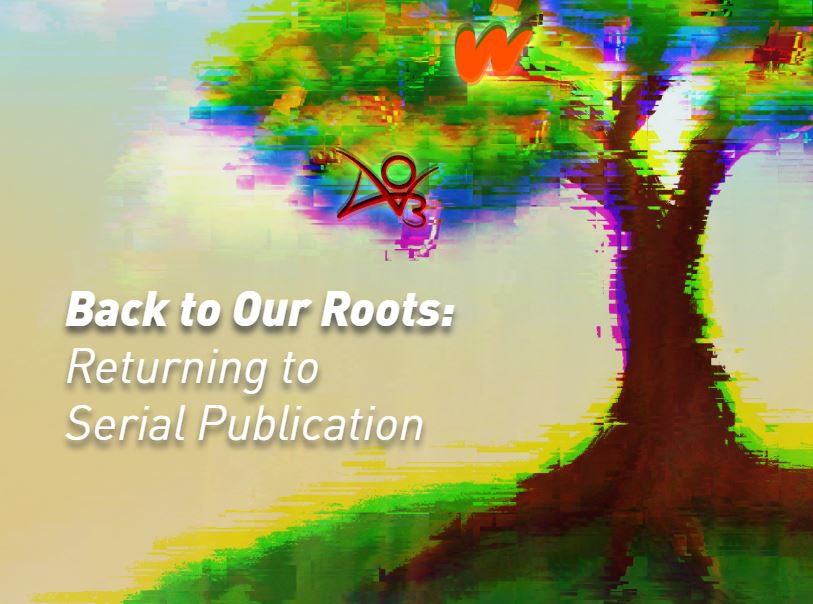 Recently, Amazon has been pushing one of its newer ventures to consumers: Kindle Vella where readers can find new fiction works that update on a schedule. Sound familiar? Serial publishing has become more popular in recent years with the rise of fanfiction and sites like Wattpad and Webtoon getting more recognition for good content. Though publishing stories serially isn’t a new thing, this method has become more prevalent in recent years. This article will be discussing the trends in regards to the English-language market and publishing industry with some comparisons to international examples, such as manga in Japan and manhwa in Korea, to emphasize its effectiveness as a model and to highlight just how much serializations occur in entertainment already. Though manga in Japan is published in print and virtual, serial releases in the U.S. market are primarily published virtually through their host applications such as Wattpad, Webtoon, Archive of Our Own, and now, Kindle Vella. This isn’t an argument about which is better, print or virtual. This is an opinion on how virtual books are changing the landscape of publishing, showing how accessible stories can be and how they are bringing publishing back to its roots, particularly serialized releases.

Serial publishing isn’t a new phenomenon. In the past, serialization was actually very popular and practically a universal practice that rose in prominence in the Victorian era. Many revered classic works were originally published in this form such as Charles Dickens’ novels and The Adventures of Sherlock Holmes by Sir Arthur Conan Doyle. Though those two examples are from England, two well-known examples from the U.S. are Tender is the Night by F. Scott Fitzgerald and In Cold Blood by Truman Capote. This use of serials in this time period also brought about the introduction of the plot device that terrorizes all readers and consumers of content with dread: the cliffhanger. The technique was a smart way to ensure that readers would continue being loyal to the story and pick up the following issue to see what happens next.

But as technology advanced and introduced new forms of entertainment like radio and broadcasting which changed how people consumed media, serials went out of fashion with one exception: graphic narratives.

As a whole, the publishing industry drew away from printing weekly serials like in the past but has continued serial releases specifically for graphic narratives. Running to the comic book shop to get the latest issue of your favorite series or perhaps nowadays, waiting until midnight for the order to appear on their accounts is a ritual many people still engage in or is at least a memory from a not-too distant childhood.

A recent example would be Webtoon, which was originally a Korean app but is now a global sensation. People read weekly episodes almost religiously, and when the work is completed, it all goes behind a paywall for new readers, who hear about the series with the hype of its completion and reviews. Physical volumes are also released for these series if they reach a high enough popularity; for example, volume 1 of Lore Olympus by Rachel Smythe, a Harvey award winning and Eisner nominated webcomic, was recently published in November of 2021 years after it was first published online. The widespread and mainstream popularity of these graphic narratives speak to the success of serialization as a way to tell stories.

Another sign of promise and success for serial publication is fanfiction. Initially pretty taboo, reading and writing fanfiction has become close to mainstream these days. Retellings of classical works, such as The Chosen and The Beautiful by Nghi Vo (a queer and POC retelling of The Great Gatsby by F. Scott Fitzgerald) and Remixed Classics (a series that revamps classics with diverse voices being released under the Macmillan imprint Feiwel & Friends), have also gotten pretty popular, and those are basically fanfiction but without the societal stigma. But recently, it’s not uncommon to see fanfictions being changed to avoid intellectual property lawsuits and to get traditionally published into physical books.

There are the classic examples of Fifty Shades of Grey by E.L. James (originally Twilight fanfiction) and After by Anna Todd (inspired by Harry Styles), but the trend has only risen since then. The Love Hypothesis by Ali Hazelwood gained traction on BookTok (a community on TikTok dedicated to books), causing a frenzy with readers racing to purchase the book or borrow it from their local library. When I tried to borrow it, the waitlists were months long. And it’s no secret that the book was originally a ReyLo fanfiction (the cover is very clear, the love interest’s new name is Adam, and there are a whole bunch of other nods) — it unabashedly embraces its origin. Paired with the infamous fake dating trope, the way it leans into its fanfiction beginning most likely helped raise hype about the novel with fans who desperately needed more ReyLo content after the last Star Wars movie (The Rise of Skywalker, who? There was no last movie). And I’m 100% here for it because fanfiction is, at its core, a manifestation of a love for stories.

It’s also a smart business choice for a writer who does want to publish something original in a more “traditional” format. They already have an established fan base that are interested in their work as well as social media following, which is a really important marketing point in the industry these days.

Serial publishing has introduced a new way for aspiring writers to practice their craft. Contrary to popular stigma, many talented writers post their original work on Wattpad. Chloe Gong, a New York Times Best-Selling author who is a recent graduate from the University of Pennsylvania (making her around our age!), started her writing journey on the platform. In an entry on her blog detailing her journey to being traditionally published, she credits Wattpad with her writing development. By publishing her first novels on Wattpad, Gong “levelled up by writing tons of different first drafts of different manuscripts” that were never meant to be traditionally published, purely “to make some readers on the internet happy.” Having that practice (writing for the sake of writing) and community is an integral component for growth as a writer.

On the other side, serialization can also be a way to break through into the traditional publishing industry. After gaining a following on Wattpad, writers can get the attention of agents and publishing houses, as seen with The Kissing Booth by Beth Reekles (which I’m sure we’ve all heard of given its popular Netflix movie trilogy adaptation, the perfect watch for a rainy day and wondering what happened with your high school experience). Wattpad acknowledged this potential business avenue with the establishment of their own publishing company and even expanded into TV and film. Other businesses have emerged to meet this demand in serials, such as Kindle Vella.

But if an author doesn’t want to pursue a traditional publishing career, publishing a work by the chapter could be a sustainable avenue. Self publishing allows writers to break the mold and forget about following the trends of the market, which means more unique stories for readers to enjoy, ensuring that there’s a work out there for everyone no matter how niche their request is.

Whether you are a hobbyist writer or someone seeking a publishing contract, no matter what your explicit goals are, the potential with serializing your work is vast.

With the examples of Webtoons getting published in physical volumes, it’s clear to see that one of the advantages of serial publishing is getting to gauge reader interest in a story before committing money and resources to publishing these works physically; in other words, it allows publishers to find out where to invest. The preexisting fans can buy copies of their favorite works, and with the physical release, new people can fall for the story too. This way virtual and print readers have a choice and get the best of both worlds.

The success of these fictional works (novels, webtoons, etc.) leads to their adaptation into other media forms. Recently, All of Us Are Dead, the new Korean zombie show, blew up on Netflix, bringing even more attention to weekly Webtoons. Similarly, there are movies made from Wattpad books like After series (a trilogy of movies, in fact, with a graphic novel forthcoming). Regardless of what you think of the content of these stories, you can’t deny that they are popular. They’ve inspired someone out there to become a reader. It’s a cycle that feeds and promotes the model of serial publishing. Manga gets turned into anime like manhwas into Korean shows– both transformed into another form of serialization which goes to show how prevalent the model is already in entertainment. Serialization keeps readers engaged and on the edge of their seats, which can be a great motivator for writers. This attention in turn allows the writer to write for a living and gain the attention of bigger investors if that’s an avenue they want to pursue.

But this method doesn’t only benefit the big businesses and corporations. Readers and writers also gain some advantages with this style of publishing. Writers don’t need to confine themselves to the approximated “sellable trends,” and readers get more unique stories in return. On top of this, writers and readers benefit from accessibility. With the help of a little social media marketing, posting their work on the internet allows writers to reach a wider audience to better find the right reader for the stories they want to tell.

With the acquisition of Wattpad by Naver Corporation, the owner of Webtoon, all signs point to change in the world of publishing and media, making it easier for people to find and access more unique stories and altering the way stories are told and consumed. Serial publishing and social media marketing have changed the landscape of publishing, and there’s no going back.