Playing The Long Game: The Legacy of the Nintendo Wii

Playing The Long Game: The Legacy of the Nintendo Wii 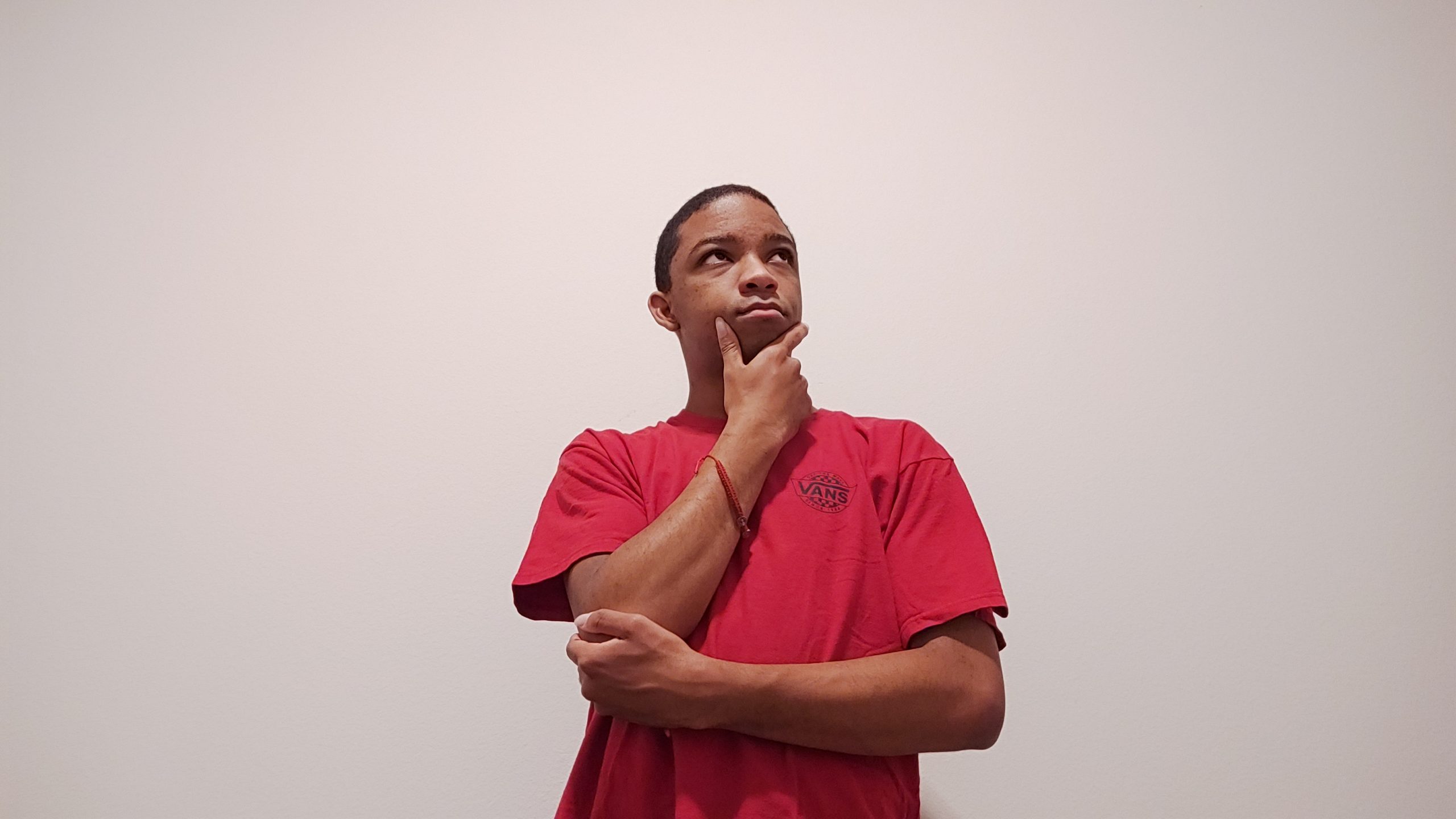 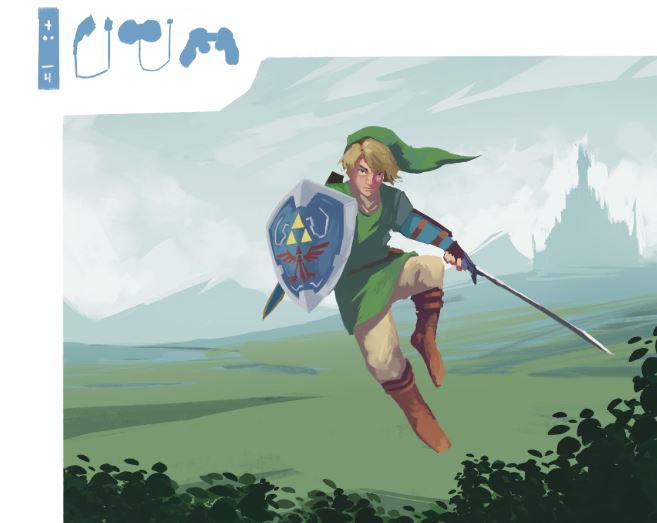 Before 2006, Nintendo’s home consoles did not have the best luck. While they are given credit for helping revive the gaming industry from the brink of death with the Nintendo Entertainment System, their next three home consoles sold progressively worse in various margins. With rivals like Sony and Microsoft coming into the picture with their more mature, higher quality graphics consoles, Nintendo needed to do something big, unless they were willing to go the way of their former rival, Sega.

One would assume the best course of action would have Nintendo create a more powerful console while attempting to reach older audiences. Instead, they came up with the Nintendo Wii.

Let’s start from the beginning.

In 1889, a man named Fusajiro Yamauchi began manufacturing “Hanafuda,” Japanese playing cards depicting beautiful, hand-crafted images of flowers. This business venture was named “Nintendo Koppai.” The company became a giant in the trading card industry over the next 40 years. When Fusajiro retired, his adopted son-in-law Sekiryo took over the company in 1929, renaming it as the Yamauchi Nintendo & Company in 1933. He continued to run the company for 20 years, before a stroke in 1949 forced him to retire.

This led to Hiroshi Yamauchi, Sekiryo’s grandson, entering the picture. The company would be renamed to the Nintendo Playing Card Co. Ltd. in 1951. While Hiroshi was a stern and seemingly inexperienced leader, his time at the company saw massive gains, even allowing the company to go public on the Japanese stock market in 1962. Seeking to diversify the company beyond playing cards, Hiroshi would attempt several off-shoot businesses, including a love hotel, a taxi service, and an instant rice company; none of these ventures lasted long. A market crash in the card game industry did little to soften the blow.

After another name change in 1963 to Nintendo Co., Ltd. and expanding to include games in its manufacturing set, Nintendo found its salvation in the Ultra Hand, an extendable arm mechanism created by Gunpei Yokoi. Upon seeing the arm in action, Hiroshi ordered its mass production; it hit the shelves in 1966. Yokoi became a major figure for the company as they shifted towards toys and games, expanding to the electronic games industry with products such as the Beam Gun in 1970.

1977 was Nintendo’s first experience with home consoles, releasing the Color-TV Game 6 and Color-TV Game 15 within the year; while also recruiting graduate art student Shigeru Miyamoto into Nintendo’s ranks. He’d go on to create the successful arcade game Donkey Kong, which was released in 1980.

In 1983, Nintendo would release the Famicom home console in Japan, which floundered in sales before Miyamoto came out with the Super Mario Bros game for the system. Its success led to Nintendo bundling the game with consoles to further drive sales. Unfortunately, a video game crash in America around the same time prevented the Famicom from immediately branching out into the US.

Following a redesign to circumvent the video game stigma, the Famicom was released worldwide as the Nintendo Entertainment System in 1985, which helped curb the effects of the video game crash.

Nintendo’s next attempts at home consoles weren’t as popular as the NES. While they did find great success with the portable gaming market, starting with the Game & Watch systems in 1980 and following with the Game Boy nearly a decade later, their hold in the home console market was drying up.

With new rivals coming out of the woodwork in the form of Microsoft’s Xbox and Sony’s PlayStation (the latter of whom proving incredibly powerful with the PlayStation 2’s market performance), Nintendo needed to get back in the game. But how?

This is How Wii Did It

Around the time of the Gamecube’s launch, Nintendo had begun work on a project codenamed “Revolution.” Nintendo wanted to do something different instead of just making a more powerful console. In the words of Shigeru Miyamoto, “power [wasn’t] everything.” Miyamoto was of the belief that too many powerful consoles could lead to the market exhausting itself faster. Instead of focusing on brute power, Nintendo focused on innovation.

The result was the newly named Nintendo Wii, releasing on September 14th, 2006.

Despite having less graphical prowess compared to its competition, the Wii was a solid hit among consumers, regularly resulting in supply shortages whenever it went on sale. This was largely in part because of how radically different the Wii was in comparison to its competition, made obvious by one of the Wii’s most iconic components: the Wii Remote.

Compared to more traditional game controllers, the Wii remote was a simplified departure. If you chose to play games using the controller provided, the Wii Remote looked more like a TV Remote than a game controller. With a rectangular format, the d-pad on top along with the A-Button and a “1” and “2” button, as well as a B-button on the back, the Wii Remote opted to keep things simple compared to the industry standard. For all of its simplicity, the Wii Remote did offer one major innovation: motion control.

The Wii Remote was the first mainstream controller to provide motion controls. This was capitalized on in several of the Wii’s most popular games, including Wii Sports, where simply moving the controller in a similar way you’d do the in-game action was enough to play the games. Combined with the TV remote-like form factor, this increased the console’s accessibility appeal. The Wii’s goal wasn’t to compete with Microsoft and Sony’s contenders but to expand and disrupt the established market. Nintendo was going for the “non-consumers” of video games at the time, and it paid off.

Normally an innovation paired with underpowered hardware wouldn’t be a success story for the history books, but Nintendo had a reputation for making good games. Alongside Wii Sports, games like Wii Sports Resort, Mario Kart Wii, Super Smash Bros. Brawl, Kirby’s Epic Yarn, and more graced the platform. Many used the Wii’s motion controls in fun and engaging ways, like Mario Kart Wii. Others focused on the straightforwardness of the Wii Remote’s controls scheme, like Donkey Kong Country Returns. Regardless of playstyle, the Wii had plenty of options to choose from.

After its initial launch in 2006, the Wii Remote and its controller underwent some minor revisions. While the initial Wii was backwards compatible with Gamecube software, the Wii Family Edition redesign, released in October 2011, removed that compatibility while also changing the console’s orientation from vertical to horizontal. The Family Edition was seen as a partial replacement and budgeted option for the original Wii, as the lack of Gamecube compatibility reduced the cost. This was taken to its logical extreme when Nintendo released the Wii Mini revision, which first became available in December 2012 in Canada, before releasing in Europe and America in 2013. Sporting a black and red color scheme and a top-loaded disc drive, the Wii Mini also removed several ports and online compatibility found on the original Wii. This further reduced the price to make the Wii a more accessible option for various consumers.

Despite the Wii’s success, it would eventually come to an end. The Wii was formally discontinued in October 2013, though Nintendo would continue to support the Wii Mini and keep its online features open throughout the 2010s. The Wii left a major impact on the gaming industry during and after its lifetime, and this would be seen in the coming years, for better and for worse.

Where Did Wii Go?

By comparison, Microsoft’s attempt wasn’t as lucky. They released the Microsoft Kinect on November 4, 2010 for the Xbox 360. It was essentially the EyeToy on steroids, and Microsoft spared no expense at hyping it up. One of its biggest draws was that it claimed to remove the need for the controller altogether, making the player the controller. While the Kinect initially had a lot of promise, it too began to slowly peter out alongside the motion control craze. The lack of support after launch and some frustrating quirks while using the accessory, among other issues, did not help matters. Microsoft intended to revive interest in the Kinect by bundling it with the Xbox One, but having it need to always be on and continuing to not properly support it with games only furthered its dwindling reputation. Its necessity to the Xbox One was axed, and although its technology found new life by making its way to computers, Xbox has since stopped considering motion controls in any capacity.

Fate was not as kind to Nintendo. The company followed the Wii’s massive success with its worst flop to date: the Wii U. Released in 2012, the new console did upgrade the graphics to HD and attempted innovation with the inclusion of the Wii U GamePad, but clumsy marketing and developer confusion shot it in the foot. Most of the consumer base couldn’t even tell if the Wii U was an add-on to the original Wii or its successor at first, and with the persistence of poor sales, the Wii U was doomed to fail, becoming the most recent blemish in Nintendo’s history.

A blemish that would thankfully be corrected.

The reason I brought up the Magnavox Odyssey and the Nintendo Switch’s sales earlier is simple: improvement and innovation.

The Odyssey’s controllers look unorthodox to us today. Luckily, the Atari 2600 began to organize things in 1977 with its more straightforward joystick-button layout, and Nintendo would continue to set the basis for the standard video game controller design with the NES and SNES gaming systems.

The failure of the Wii U forced Nintendo to rethink their strategy, and in October 2016, they came back swinging with the first look at their next console, the Nintendo Switch. A follow up presentation in January 2017 showed how Nintendo took components from across their gaming history, and incorporated it into the Switch. Notably, the Switch’s Joy-Con controllers had the Wii Remote’s motion controls, as well as a strap attachment for the more motion-intensive games. A collective sigh of relief came as the Switch entered the market without incident. Nintendo had redeemed themselves.

Several years later, with sales of the Switch eclipsing those of its grandfather system, Nintendo has come full circle. The Wii was Nintendo’s first major hit following the NES, and its impact on gaming as a whole is undeniable. While it paved the way for its biggest failure, it also did the same for its biggest success.

Even if technology will continue to advance with the passage of time, it’s important to look back every now and again to see where it all started.

Wii hope you won’t forget that.