America’s #1 transmasc icon is dead… or is he?

America’s #1 transmasc icon is dead… or is he? 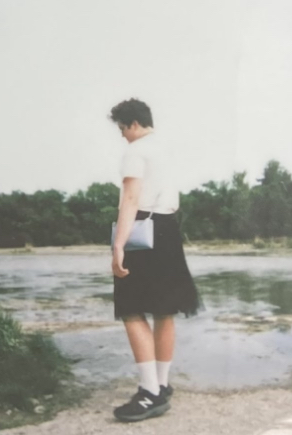 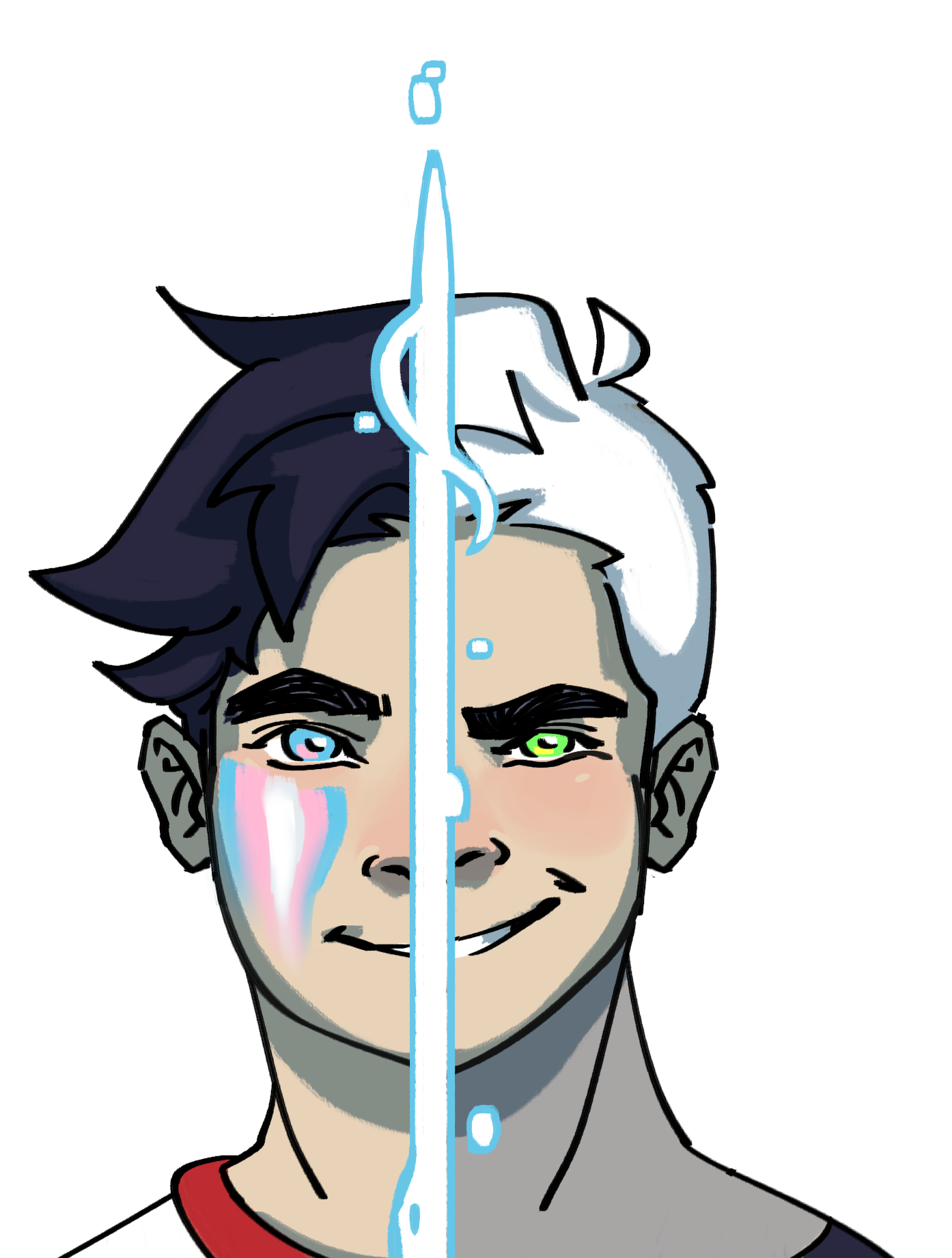 As we enter this month of spooks, scares, and other sinister synonyms, I want to bring the hearts and minds of the UTD public to a solemn topic. It is with a heavy heart that I inform you all that Danny Fenton, a boy who is “just fourteen,” has died… or has he?

“Danny Phantom” was an immensely popular cartoon that debuted on Nickelodeon on the 3rd of January, 2004. The show featured everything that young children could want: action, comedy, and a protagonist who was intensely relatable and realistic. But what was it that made Danny relatable? Was it his witty comments? His parents expecting too much of him? Or perhaps even that he was the subject of many bullies’ belittling beatdowns? While all of these may be aspects people related to, many saw themselves in Danny more because of another aspect: his transgender identity.

No, unfortunately Danny is not canonically transgender. The show’s creator, Butch Hartman, is rather transphobic, and has stated so. Does that really matter though? Danny has numerous traits that have lead many a young transgender boy to indentify with Danny’s daily struggles to hide his “ghost” side. Whether it is something minor like Danny wearing a shirt to the pool or clearer parallels (such as Danny being labeled “not a ghost and not a boy”), the show seems to continually stumble into pushing a pro-transgender message. This has lead many people to relate to Danny in the same way young non-binary children relate to Raine Whispers from The Owl House, or the way young lesbian girls relate to Catra from She-ra. But the question that I have often seen raised about “Danny Phantom” in particular is whether or not it is “okay” for trans men to see themselves in a character that isn’t technically transgender.

While my immediate inclination is to say that there is nothing wrong with this, I myself am not a transgender man and would like to hear the thought process of actual trans men before I go making any bold statements. That is why I have asked several trans men from this very school, who have chosen to remain anonymous, to give me their own thoughts on the character of Danny Fenton. These amazing gentlemen have gone out of their way to watch, or rewatch, a couple of episodes of Danny Phantom and give me feedback to the questions I asked below. I have compiled their eloquent answers here for your reading pleasure. Please enjoy!

To begin with a more open-ended question: after watching the aforementioned episodes of “Danny Phantom,” what are your general thoughts on the show and Danny as trans-masculine representation? Are there any ways that you personally related to Danny and his experiences as a “ghost”?

One of the key things shown about Danny is his varying levels of confidence. When Danny is in his human form he is often self-conscious, easily irritable, and quick to call himself a loser. As a phantom he is witty, sharp, and confident. “He’s cool, he’s someone I looked up to as a kid, but he was also a deeply self-conscious character,” notes one interviewee. A level of self-esteem that is in flux is very common among those who feel that they have to perform around others to make them happy. For closeted trans men, it can be very hard to feel confident as they are forced to walk around in their day-to-day life as something they fundamentally aren’t.

This isn’t helped by the fact that many trans men are closeted because of the people closest to them. For example, one interviewee adds that people, both on “Danny Phantom” and in real life, “say they love him, but they hate people like him. We get to see Danny’s reactions to those moments of anger and see him have to weave around them.” This is an all too common experience for most trans men, closeted or not. The media, the people closest to them, and even those they trust slander their very existence while they are expected to remain quiet — or worse, laugh right along. I was curious about this experience and how it was similar to Danny’s experiences in the show.

Danny, as a ghost, is represented in the media of the town as dangerous and intrusive to “normal” society. With being a ghost in this comparison being akin to being trans, would you say that the media has made you feel dangerous or intrusive in the lives of “normal” people, just as Danny is labeled?

The responses I received to this question seemed to be, by far, the most united in their message; trans men are stereotyped as improper, threatening, and downright invasive to the lives of “normal” people.

One interviewee writes, “according to the media, we’re predators lying in wait in bathrooms and the like. And when we’re not dangerous, we’re a spectacle of a circus animal.” This is a common tactic used against many marginalized groups. By making trans men seem both dangerous and ridiculous, the media is able to make them the butt of a joke in any scenario. In most depictions of trans men, who they are is often made to seem like “a bad lifestyle choice” at best. This close-minded thought process is carried into Danny’s life as well.

Most ghosts in “Danny Phantom” only care about meeting their own goals, at the expense of others if need be. Unlike the case for trans people, this gives the media some rationale for hating ghosts. As one interviewee writes, “‘Danny Phantom’ isn’t a perfect metaphor, as I would say there is some reasonability to the in-universe fear of ghosts considering how other ghosts in the show do appear to be dangerous and sometimes malicious.” For those people who are not trans, it is important to remember this. There is no real basis for the stereotypes against trans men in the real world. To further this topic, I wanted to address one of the most damning places for stereotypes to rear their ugly head: the home.

Danny feels as if he has to hide aspects of himself from not just his enemies, but especially those closest to him. The only exceptions to this are his closest friends. More specifically though, Danny feels that he has to hide the entire truth about himself from his parents. Do you find that this speaks to the trans-masculine experience?

For many queer people, friends are some of the only people that they can be truly themselves around. However, the opposite generally seems to be true when it comes to their families. This is especially true for many transgender people. Something so fundamental to who they are — their gender expression — is a constant balancing act that they have to keep track of. In a similar sense, Danny has to keep a tight leash on who exactly he reveals his ghost side to. Friends are, for both Danny and many trans people, the only people with whom they can openly discuss who they truly and fully are. “Danny talks with [his best friends] about ghost stuff like it’s an inside joke — I remember talking with friends in high school the same way about my gender.” Friends provide a certain level of comfort and comradery to many trans men just as Danny’s friends do for him.

Unfortunately, many trans men relate to Danny in their struggle to feel safe and recognized in their own family. There are many loving parents who support their trans children. However, Danny is more relatable in this aspect to those trans men who feel unsafe around their parents. This is due to Danny’s parents being ghost hunters which, in this comparison, is a less than exciting job description.

As one interviewee boldly puts it, “many trans kids, including myself, grew up in a total silence order. Everything to hide, and potentially their livelihood on the line. His parents realizing he is a ghost could mean his death. For many trans kids, it’s the difference between having a roof and not.” Danny Fenton is a young boy who has to hide an innate aspect of himself from those he loves because, if he doesn’t, they may not love him. In fact, they may wish to harm him.

With all of this in mind: Although he is not canonically transgender, is it wrong for trans men to relate to him and other non-canonical characters? Having done my research, and now having conveyed it to you, my answer is unequivocally ‘no.’ While Danny Fenton may just be a cartoon character who makes funny remarks, defeats villains, and hides his full self from others, that doesn’t mean he can only be that. To others, he is an inspiration. To others, he shows them that they aren’t alone. Because to some he may just be another cisgender cartoon boy, and that’s fine, but to others he is a perfect example of their everyday struggle to be seen as what they are, a man.

What is the point of art, if not to be viewed through the lenses of many different viewers? In my eyes, half of the beauty of an art piece is seeing the many ways it can be interpreted. Oftentimes it even helps push past the narrow and arrogant mind of a flawed creator. Maybe it’s true that Butch Hartman would never have intentionally have made Danny trans, but why does that matter? Why be constrained by the thought process of someone who, ultimately, has no more control over how you view art then anyone else? At the end of the day, even though “Danny Phantom” wasn’t created to be a point of connection for trans men, that he is to some people that is fundamentally good.

It is okay to find meaning in art that wasn’t the artist’s original intention. In fact, I urge you as an audience to look deeper into the art you see. Don’t allow yourself to be a passive observer. Engage, actively question, beg to understand the fullness of what you see. Growth can only happen by asking questions and seeking to discover more. It is through learning about others’ experiences that we learn, to quote the oh-so-catchy theme song, what makes Danny “much more unique than the other guys.”

I care about D&D… Dilfs and Dionysus! Also Dungeons and Dragons.