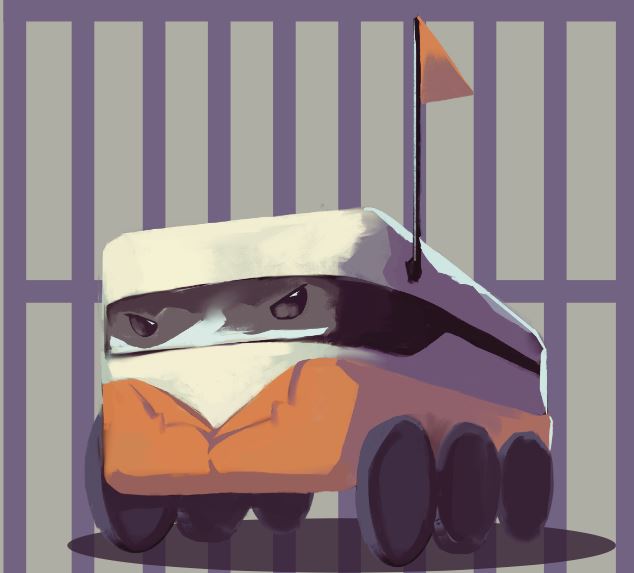 Exploiting cheap and available student labor isn’t as bad as you think it is, and should actually be expanded to give cheap food service laborers at UTD the freedom to work as much as possible.

Last month, Tobor was arrested for supposedly exploiting student labor to staff the fast food restaurants on campus, but this is actually a good thing. Students that work for 80+ hours a week are clearly doing so because they want to. No one in their right mind would sign up for such a thing willingly, and their hard work ethic and dedication are thus ripe for harvesting. Tobor was right to give these poor souls the opportunity to work harder than any human being should in their natural lifetime, and so what if it interferes with their academic career? They can make the choice between poverty and failing classes or death by labor and failing classes, and we can thus benefit from it with cheaper food and well-staffed SU restaurants.

Really, it’s a win-win scenario for everyone involved if Tobor continues exploiting students’ clear desire to work themselves past the human limit. It would be unethical not to “exploit” their labor. If Tobor didn’t convince workers to overwork themselves, soullessly making sandwiches for students and faculty, there’d be a risk of prices going up. And truly, that would just be inconvenient for everyone involved. Higher prices on my Chik-fil-A sandwich and a hard-working cuisine entrepreneur goes hungry because they weren’t allowed to work three cash registers at three different restaurants at once? Not on my watch. Tobor is on my side on this as well, and that is why they should be wholly supported in the upcoming mascot election.

That’s right, this is also an endorsement for Tobor for the upcoming mascot election. Their unrelenting support for capitalism and commitment to pushing it to its most brutal form, an excellent work ethic, and good Christian values all make Tobor the perfect mascot for this university. What else but an unthinking, unfeeling hyper-capitalistic robot to represent UTD, where most of the students are in ECS or JSOM. Tobor represents the best that UTD has to offer, and everyone should vote for them in the upcoming mascot election.

Another reason for Tobor to be UTD’s mascot is their excellent management skills. Shouting at workers, gaslighting people into thinking they should be working at 3 places instead of 2, and micro-managing every cook in every restaurant through a cloud-based mind-control, Tobor really is the gold standard for a manager that every JSOM student should aspire to be. Firm, manipulative, and technologically savvy, Tobor truly embodies the ideal business robot.

I understand that Tobor has also been previously charged and jailed for multiple other crimes such as mass genocide of his fellow robots, assault and battery of maintenance operators, purposely poisoning food being served to his workers, and breaking the office coffee machine, but I can assure readers of Tobor’s strength of character. As a devout Christian, they have the ability to learn from their past mistakes and update their firmware to be a better version of themselves and show how an entrepreneur should grow in the modern day and age.

Some people have proposed creating a union for the student workers as a means to lower the strain of working three positions at once. But what they don’t realize is that student workers are perfectly happy to negotiate with Tobor and the other restaurant employers on a one to one basis. Especially Starbucks workers, as they want to take advantage of the deep and personal relationship they have with their faceless corporate overlords and avoid the fates of other unionized stores across the nation. The supposed successes of the Amazon and Starbucks unions are giving people ideas, but I want to emphasize how much unionizing is not the right way to go about things. Laborers exist to be exploited by the ever-marching machine of capitalism.

This is the way for the independent, overworked student worker after all: signing away your rights to a union and its representatives would take away your voice and ability to pursue the American Dream of individuality. It’s better to talk with the delivery robot boss directly, rather than banding together and demanding preposterous things such as “work hour limits” and “pay raises to adjust for inflation.” After all, Tobor has an excellent track record for handling labor disputes, as his experience as a delivery robot really allows him to empathize with workers and their struggle with food service despite their inability to feel emotion.

So, what are you waiting for? Students’ freedom to be eternally crushed under the heel of endless work in the future of food service at UTD is at stake! Cheaper food, pursuing the American Dream, dying in solitude — what could be more appealing to the average UTD student? Support local labor exploitation today, and vote for Tobor in the mascot election.