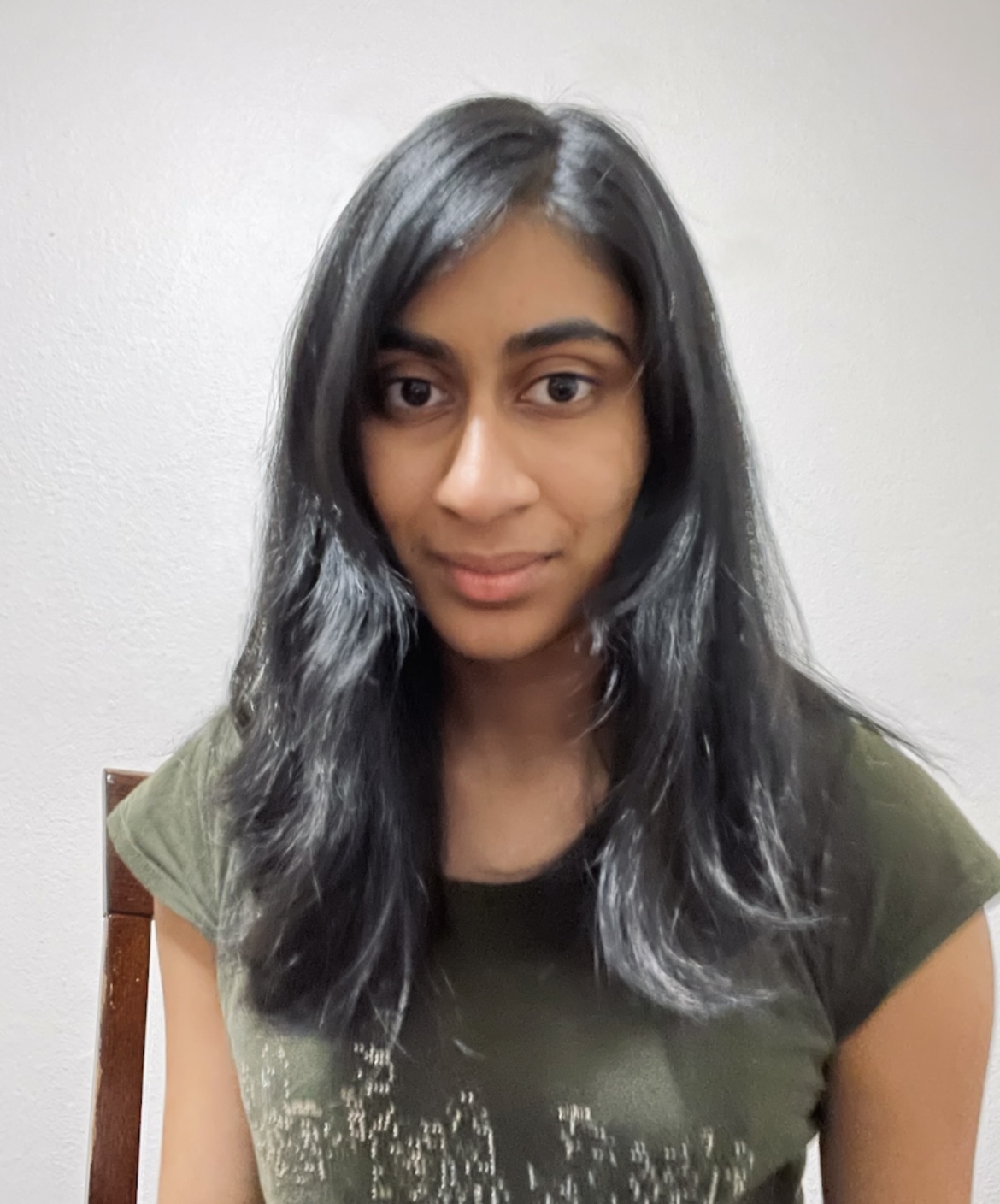 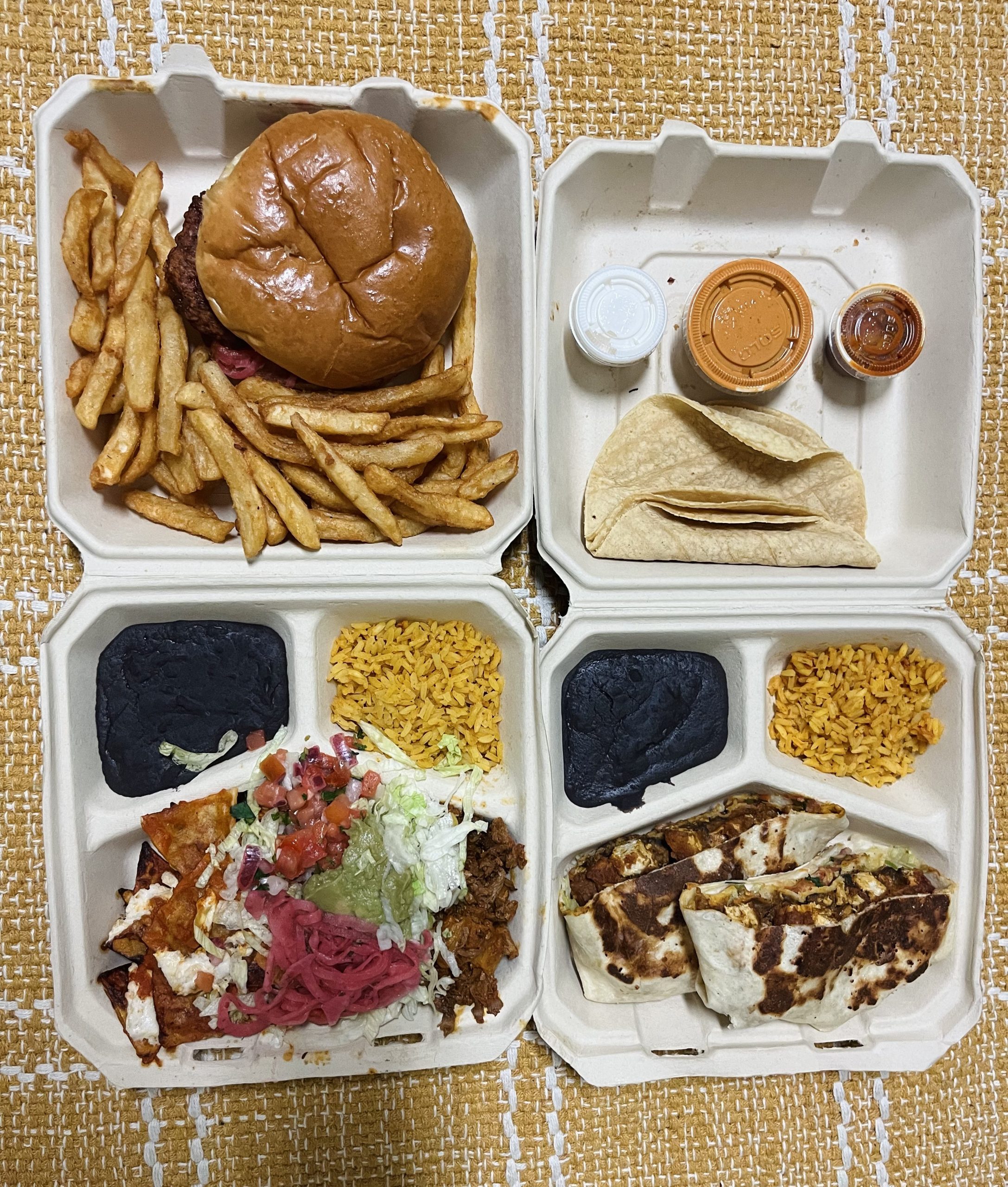 Nuno’s Tacos and Vegmex Grill is a ten-minute drive from campus. Since opening in 2019, business has expanded enough that the kitchen has taken over most of the dining area and there are just two tables left – so make a reservation if you want to dine in!

As the name implies, Nuno’s is 100% vegan and focuses on recreating Mexican and American comfort food. A quick scan of the menu reveals mentions of at least three house-made vegan cheeses and five mock meats.

I split my takeout order with my sister and ordered the chilaquiles ($12.95) with my choice of protein, al pastor, a side of beans and rice, and a choice of extra carbs, corn tortillas. Nuno’s offers an extraordinary amount of customization, so you can add or remove toppings at the click of a button. Despite being consumed a while after they were made, the chilaquiles remained put together and tasted ok.

My omnivore sister opted for the Beyond Chicken Krunchwrap ($15) and rice and beans. Even though neither of us are normally fans of Beyond meat, we really enjoyed it. We also ordered the Nashville hot chicken sandwich ($11) and crispy fries ($2.95), both of which were delicious and had just the right amount of spice. I then visited my omnivore parents’ home and woke up the next day planning to make a lunch out of the leftovers — only to discover that someone had eaten them. Nuno’s is definitely worth a visit no matter what your diet is.

Taco Ocho is a regional chain that offers free pickup via ChowNow and delivery via DoorDash, Uber Eats, and GrubHub, in addition to friendly staff and good service for those who dine in. I opted to get takeout from the Richardson location and was simultaneously shocked and delighted when I was given an estimated pickup time of eight minutes. I had to run to my car and ended up being fifteen minutes late, but the food was still fresh and delicious by the time I showed up.

The kale and mango salad ($9.99) had incredible mango and just enough of a lightly sweet dressing that tasted like summer. Taco Ocho has an astounding five vegan tacos, but I opted for the stand-alone ranchero taco ($4.50) that has black beans, roasted potatoes, tomatoes, onions, cilantro, roasted corn, tortilla strips in a ranchero jalapeño sauce, on your choice of a corn or flour tortilla. It’s affordable, satisfying, and feels like heaven served on a plate.

My omnivore dining partners both chose to order a taco plate ($14.99 each), which comes with two tacos of your choice, chips and salsa, rice, and beans. These are normally vegan, but are topped with cotija when ordered with meat. I’m told that the smoked chicken elote taco had a good amount of meat, with just the right amount of toppings, and that the chicken fajita taco was well cooked with mild flavors. Lots of great praise all around! Don’t miss your chance to get quick, authentic Mexican food that is just a ten-minute drive from campus.