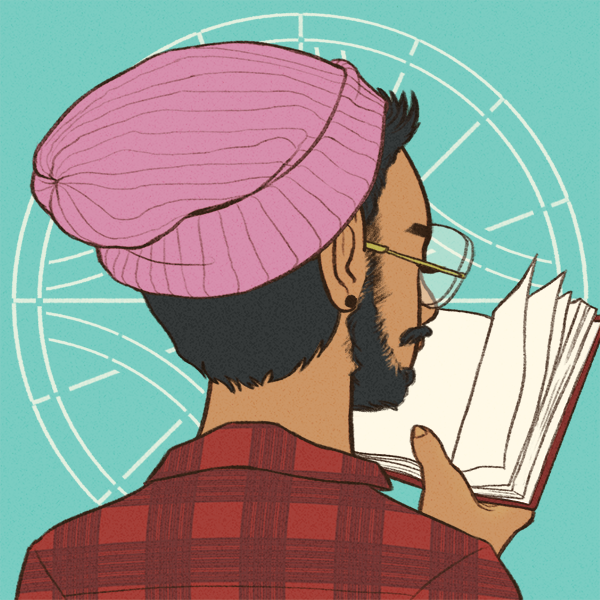 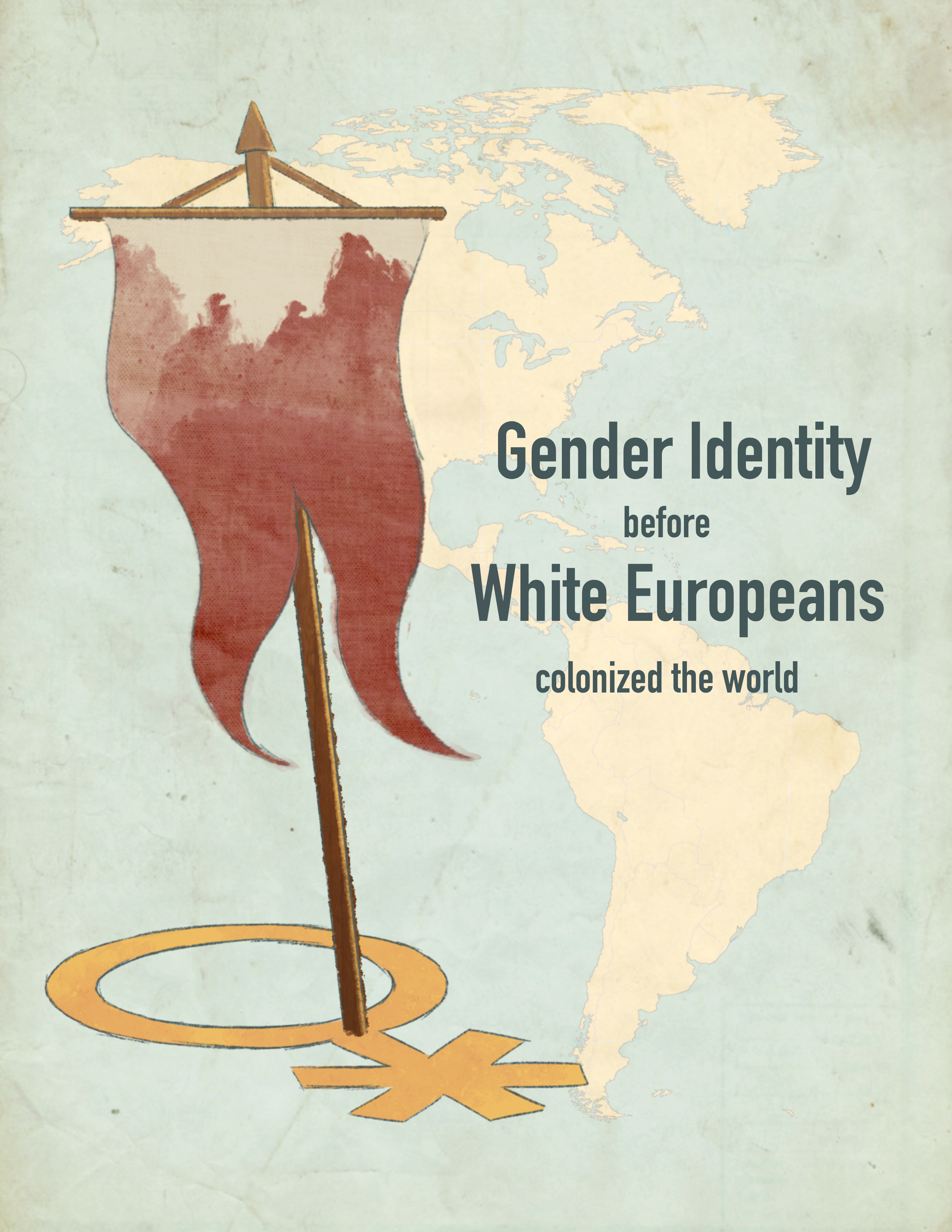 When people think of commentary about the binary idea of gender expression, people tend to look towards Twitter threads that discuss how strongly it is enforced in today’s society or how its existence has been eternal. While more and more discussion arises, be it in Twitter threads or in a more scholarly context, it is important to acknowledge the fact that the notion of a gender binary — whether enforced or defied — is due to colonization. By placing so much importance on the gender binary, we risk denying indigenous history and early records of transgender people. Gender expression and the gender binary as a whole are both enforced by colonial belief, and holding them up now only harms the trans community as well as indigenous people. This can be seen through a collection of pre-colonial civilizations and beliefs, such as the Quariwarmi shamans from Incan civilizations. There are also early records of the experiences people outside of the gender binary like Jens Andersson, a nonbinary person that was placed on trial in Norway during 1781. Despite what colonial revisionism would have one believe, there are more accounts of gender expression in our past that range from two-spirited people from indigenous tribes to the köçek of the Ottoman empire. If we only look at discussions or hypotheticals about the future, we will be denying the existence of those before, and ignore the resources and knowledge provided by their impact on society.

When it comes towards the concept of colonization harming gender expression, we can look to the Spaniards’ perspective of the Incas. The Spainards’ perspective on Andean people known as the Quariwarmi, who were androgynous shamans, was that “their [the Quariwarmi] transvested attire served as a visible sign of a third space that negotiated between the masculine and feminine, the present and the past, the living and the dead.” This quote comes from Michael J Horswell, who studied and teaches Andean culture in Florida. Obviously, Horswell uses harmful exonyms for indigenous gender positions which I do not endorse, but the evidence presented in his book provides a lens towards colonial beliefs which resulted in the forced binary being in place. Continuing in his introduction, Horswell brings up the notion that Spainards forced an ideal of masculine domination to validate and “make sense of the invasion, colonization, and Indigenous resistance” that the Spaniards found themselves facing during this time period. We can also see how damaging colonization was in the piece created by Manuela L Picq et al, whose abstract alone calls out the fact that “Indigenous societies were never straight.” Hundreds of languages across the Americas had words referring to same-sex practices and non-binary, fluid understandings of gender long before the emergence of international LGBT rights.” Picq states that “sexuality was a terrain to frame the Native as a pervert and validate European violence against the non-Christian other, [who were] labeled as savage, heretic, and sodomite.” The framing of indigenous people as uncultured allowed for the colonizers to shape them into their own image. Erasure of native practices was at the focus of European violence towards Indigenous people, which can be seen in how even their languages were being tampered with. An example of this is the term “xochihua” in Nahuatl, which translates “flower bearer” and was originally intended to signify the dualities of life. Xochihua has since turned into a word that means “sin,” losing its original meaning to all but those who speak the language.

While this portion of Manuela’s document discusses language-centered primarily in Central America and southern Mexico, not only was this portion of the globe experiencing cultural shifts and highlighting how important it is to be aware of. It also ties in dialects that focus on the different variations of queer expression, such as that of the muxes in Juchitán who are genderfluid Zapotec, indigenous to Mexico. It also continues to bring up the fact that Indigenous culture was already diverse when it came to gender and sexuality. The “significance of this research lies in understanding… the role of heteronormativity in the colonial project at large.” Understanding heteronormativity’s role in colonialism allows us to comprehend the context Indigenous queer people operate within instead of disregarding the tremendous damage in their lives as a whole that’s caused by ignorance. However, even Indigenous queer people’s experiences “defy LGBT categorization; they resist translation in the conceptual limits of LGBT categories.” This can be seen in the aforementioned muxes in Juchitán. Their perception of gender cannot be flattened into LGBT gender variance because it is not socially transgressive – these gender systems were normative in their own cultural context.

Despite Indigenous people’s intensive understanding of gender as a spectrum and the respect held for those who presented outside of the gender binary, colonizers continued their violence calling all who defied their customs “sodomites… and called for their extermination.” This also parallels the beliefs of an artist named George Catlin, best known for his piece “Dance to the Berdashe.” Berdashe (or berdache) was what anthropologists used as a label for indigenous people that were not cisgender. This was before the term “Two-Spirit” was coined in 1990. This is not to imply that there weren’t two-spirited people until 1990, but rather that was when an official term was created. While the Spaniards desired extermination of native Incas for being sodomites, Catlin desired the extermination of two-spirited people. This was so other people would never witness “one of the most unaccountable and disgusting customs” in his own (bigoted) words. To his dismay, that never happened; The Two-Spirit community is still large and “[they] were here, hundreds of years ago… and are going to be here hundreds-and-some years from now.” (Brian Bull, 2018)

The case regarding Jens Andersson and how their marriage with Anne Mortensdotter led to the revelation of Andersson being neither gender, highlights another instance where a community hyper focused on enforcing the binary actually ends up revealing how fragile it is. Andersson’s condition was one of sexual dimorphism, where traits of both sexes can be seen physically. However, the only problem in this case, is that Susanne Dietrichson’s piece and a church record that is unable to be translated in English, are the only written records of the case ever happening. The lineage of the köçek, or masculine presenting dancers who crossdress, can be illustrated in more precise ways, as well as how the dancers themselves highlight how something can be misconstrued and changed from their original meaning. In the earlier period of the Ottoman Empire, “the dancer embodied notions of divine love and the ideal of beauty,” but was later banned in Istanbul during the 19th century. A rise in homophobia resulted in the dance being seen as effeminate and distasteful, which led to it being banned. This demonstrates a discussion and deconstruction in order to show the results of a heteronormative regime through this period in time. However, the main point of this argument and not Hayes’ thesis, is that the ideals of gender and sexuality are visualized quite clearly, through having a dance that is centered around a male belly dancer, romanticizing the past as it now becomes a means of expression, versus an entirely different society that existed at that time (Mansbridge 2017). While Mansbridge contextualizes the kocek dance at the point of its zenith, Hayes seeks to use that time period to deconstruct how we perceive gender and sexuality in the modern era. Both pieces actually refer to the dancer in a similar fashion as a “queer ghost” or a “specter of a decadent past,” yet the thoughts the dance provoke are of different scenarios. While one haunts the current time frame, the former seeks to haunt what can be seen in a heteronormative society that refuses to acknowledge it’s origins.

Studies like that of sex chromosomes having abnormalities rather than XX or XY have established the fact that biological sex is on a spectrum as well. In the words of Scientific American, “This tired simplification is great for teaching the importance of chromosomes but betrays the true nature of biological sex.” Upholding a middle school level of understanding of biology as gospel does nothing but continue to provide harm to trans people and even cisgender people with characteristics of sexual dimorphism.

With all that I have presented here, is the notion that we can’t assume that our portrayal of gender and how it is currently expressed, to be a new idea. To believe that developments towards gender on a spectrum is something that has come out of this current generation is denying the experiences lived by those in the past, and by those who continue to express themselves in a tradition akin to that of their ancestors. Looking at colonialism as a means of massive benefits over harm, like a cost-benefit analysis robs people that are rightfully upset by those refusing to uphold their culture and to keep it alive. Looking at a lens of only what Horswell teaches and writes, destroys the context that the culture is dead, when it continues to strive. Trying to apply civilizations with a more precise understanding of gender to specific labels also applies redundancy to those civilizations because our understanding of gender is very limited in comparison. Finally, to hold a voice or to defy the norms of a civilization brutalizing your beliefs, and trying to assimilate that person into an entirely different society should hold some repercussion or criticism. Discussing how their perspectives of outsiders harmed what would have been multiple different presentations of gender, would ease the discomfort about having a gender binary in the current day. To deny people of their own self is violence, and on top of the tremendous amount of blood on their hands, the colonizers took advantage of them. At the end of the day, what the colonists of the world did to enforce the gender binary should be discussed much more.

When not floating around in Space, they're playing bass and thinkin about what they want to cook next! Editor's Note: Cas does not actually cook. They just think about cooking.