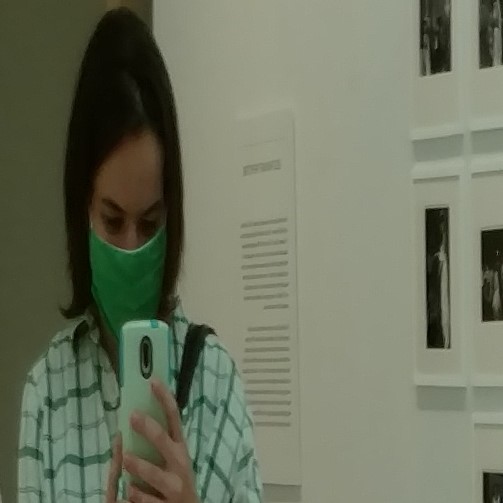 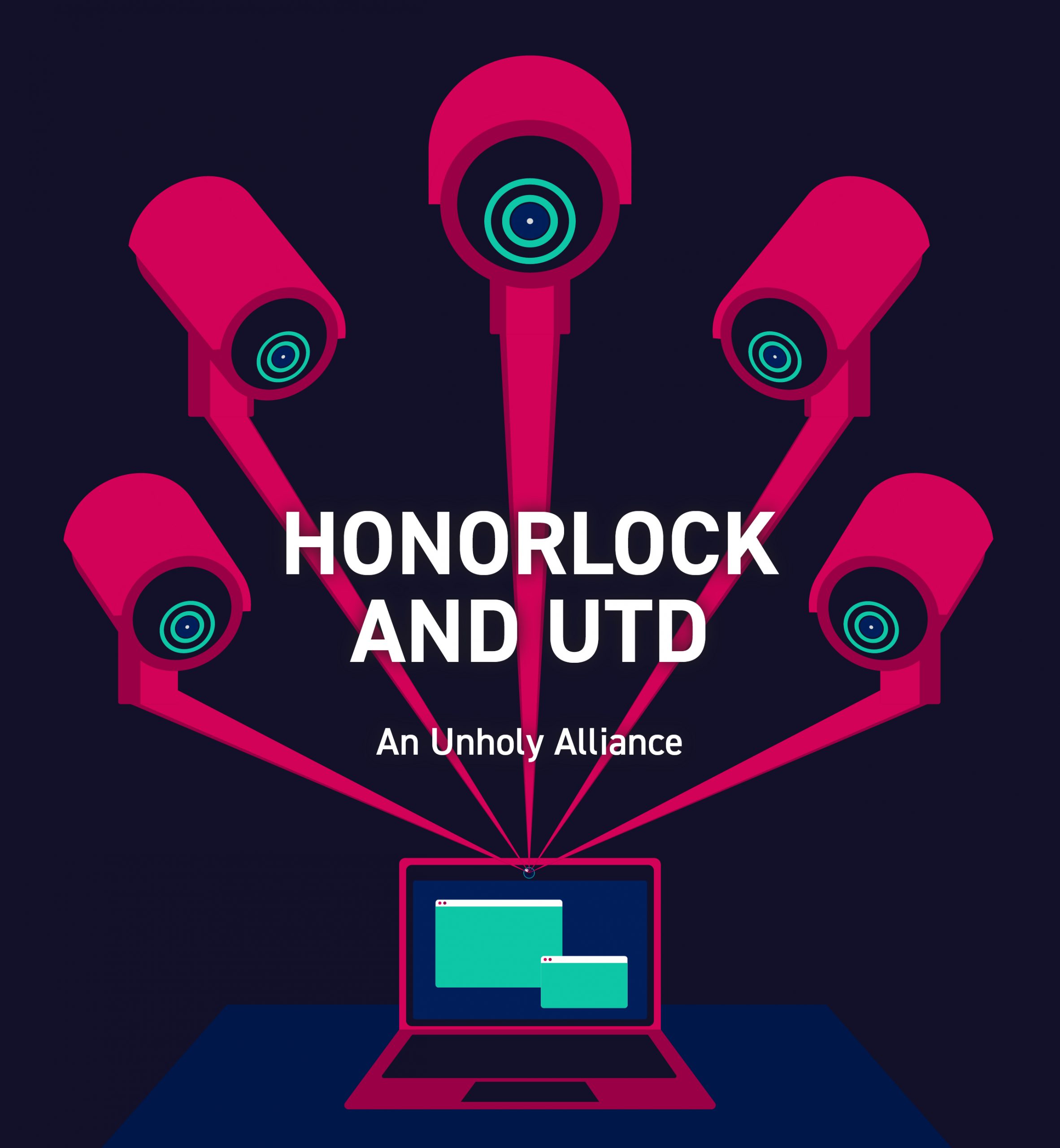 Honorlock, UT Dallas’ online exam proctor of choice, distinguishes itself as an extremely unwelcome change since classes have gone mostly online. The negative backlash against it has been huge, with students pointing out Honorlock’s overly invasive procedures and burdensome technical requirements.

According to Honorlock’s privacy policy, Honorlock records and stores personal information that “may include your first and last name, email address, LMS user ID, and, with respect to Students, all Authentication Data (including personal information contained on a Student’s photo ID, such as driver’s license number, home address, date of birth, and other information).” In addition, Honorlock is recording and storing audio and visual recordings of the student’s face, computer screen, living space, and any noise going on in the student’s environment. Then it stores your data for a year, far longer than the 16-week period of every scholastic semester. Holding onto this data for eight months after teachers have inputted their students’ final grades, Honorlock also reserves the right to hold on to it longer if UTD asks it to.

Honorlock’s Terms of Service also state that their technology can detect activity “both on your screen and in your Exam room.” (My parent’s kitchen is now an “Exam room”). They list detectable activities, such as whether anyone enters the room you are in during your exam, or whether or not you right click on your screen during your exam, and as a fidgeter who clicks and types when I’m thinking, this one feels pointed. But, most intriguing of all, they also go on to say that Honorlock can also “detect many other types of activities.” Like any good intrusive monitoring system, Honorlock likes to keep the mystery alive by not specifying or explaining what these “many other types of activities” consist of.

When Honorlock’s artificial intelligence detects suspicious activity, “the Proctor may investigate the activity in question at his or her discretion. The Proctor has the ability to pause your Exam, and to communicate with you directly via live chat … Please be advised that when an Exam is paused by a Proctor due to suspicious activity, you may not recover the lost time.”

This means that if Honorlock’s AI detects suspicious activity (which may include right-clicking on your screen, or people speaking in the background of your recording), it will alert a stranger who has the ability to watch you live through your webcam and pause your exam. While Honorlock says that it is possible to make up lost time, this seems to require an extra step on the school and the instructor’s part. This adds to the students’ concerns about whether imperfect AI will falsely detect wrongdoing, leading to a chain of actions which will take precious time away from an exam.

Honorlock also has some concerning and seemingly contradictory statements about its ability to monitor other devices on the student’s network. According to their website’s student privacy statement, “Honorlock does not scan your network, your computer, your phone or any other devices on your network … We have a patent that is available for public consumption that explains the exact process in which we know when a student is searching the internet for exam content. It is a complex method for both scrubbing content from the web and also knowing the exam questions being presented to the exam taker through the LMS. With question sequencing and randomization, we are able to triangulate when a search takes place for the exam questions and content within the exam. This is done through partnerships and other means of self-hosting content.”

This contradictory paragraph, basically says, ‘Honorlock does not monitor your network or other devices on your network, unless we want it to.’ The concern is not necessarily in what Honorlock says it will or will not do, but rather in Honorlock’s ability to do things, such as use “partnerships” to “triangulate when a search takes place” on another device in your network.

The tone of Honorlock’s student privacy statement—easily found on their website—also contradicts the much more down-to-brass tacks tone of Honorlock’s Terms of Service. That statement says that students are “urge[d] to assume” that the “Secondary Device Detection is always active.” As the terms go on to state, students are also not given the privilege of knowing when the Secondary Device Detection has been activated.

Additionally, according to Honorlock’s appeal to academic institutions, Honorlock will “capture a screen recording of the secondary device to provide evidence in the event of a violation. Students can no longer get away with using their phone out of view, and you get to proctor beyond the webcam, protecting the academic integrity of your classroom.” Proctoring within the webcam is extremely concerning in itself, but here Honorlock boasts that institutions can proctor even “beyond the webcam.”

According to HonorLock’s patent,  Honorlock “notifies the School and Faculty of any Student who attempted to cheat by tracing the search back to the Secondary Device and its owner. Secondary Device Detection not only traces activity on the Internet back to a specific Secondary Device, it also records the search activity on that Secondary Device.” This means that if a student accesses a honeypot site — a type of website designed to attract people for the purpose of data collection — set up by Honorlock, the site collects information from the student’s device that includes Internet search activity. It is not clear how much search information is collected.

According to Honorlock’s privacy policy, it currently uses a third-party service called Inspectlet to collect records. If you have an extension on your browser which blocks potential tracker sites, you may not be able to visit Inspectlet’s site without specifically disabling the blocker for the site. Honorlock says that Inspectlet provides their Secondary Device recordings to Honorlock anonymously, but then goes on to say, “Notwithstanding the foregoing, our technology is able to match this anonymous activity back to a particular Student based on several factors including the Student’s location, the time the Student commenced the Exam in question, and the specific question(s) on the Exam that were searched.”

Honorlock’s privacy policy also states that it shares the information it collects from the student “with our affiliates, agents, business partners, and third parties … We may employ other companies and individuals to perform functions on our behalf. Examples may include Inspectlet for providing Secondary Device activity detection and recording, and other third parties to provide marketing assistance, billing and payment processing, and customer service.”

Why would UTD, a school which prides and sells itself on the strength of its STEM education, enter into a contract with Honorlock, whose partner works like spyware in its ability to monitor and record activity from devices on a student’s home, private network?

Sure, it’s a further dissuasion from cheating, but is threatening a potential cheater with privacy intrusion ethical? On the topic of cheating, which is the reason for this invasion of privacy, let’s get something straight: if a student wants to cheat, they will still be able to. Honorlock punishes hardworking, academically honest students the most, piling substantial technical and privacy issues on top of any preexisting test anxiety.

Perhaps more of interest to current students is not even the privacy concerns, but simply the huge load of technical issues to worry about. Finding a quiet, completely empty room to take the test; the strain on bandwidth – a major issue when sharing a living space with others working and schooling online; the AI issues – will I get docked/pinged if I lean over to plug in my laptop? Can I look down to work out problems on scratch paper? Will a nameless proctor pause my exam in response to an AI ping, causing me to lose crucial time during my exam? Will my parent/child/cat walk into our shared living space when I’m taking the exam?

The student response to Honorlock has been huge and continues to be firmly negative. Along with being a hot topic in student conversation and on UTD student forums, thousands of students have signed an online petition asking UTD to stop using Honorlock.  I don’t believe this is because most UTD students are upset that their future cheating has been foiled. After all, UTD students enter the school with high GPA and SAT scores, obtained through traditional testing.

If you see Honorlock on your syllabus, I urge you to voice your concerns respectfully to your professors, your school’s dean, and the UTD administration. This is an issue which has a simple fix. Students can still be legitimately tested on their knowledge through essays, group projects, presentations, research projects, etc. We should adapt education to fit these new times, not pile privacy intrusions and technical demands on students trying to attain an education during a pandemic.