My Relationship With Anime Can’t Be This Complicated

My Relationship With Anime Can’t Be This Complicated 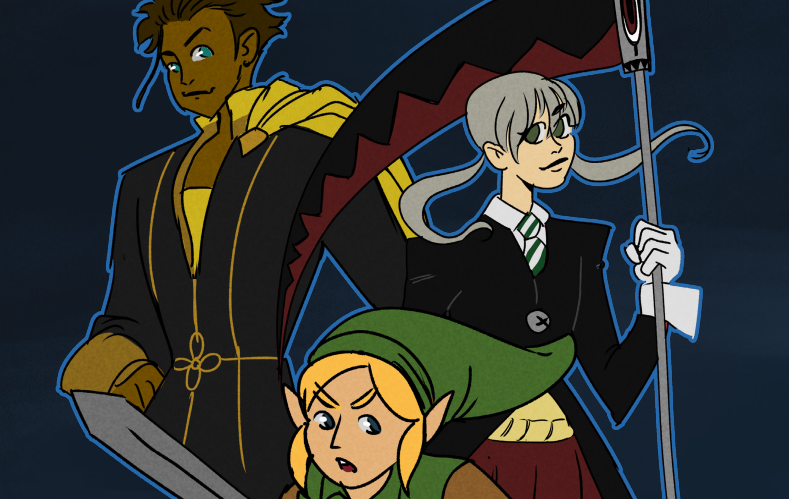 I’ve been a casual fan of anime and manga from a young age. I read the manga adaptations of games like Legend of Zelda and Kingdom Hearts. I loved Pokemon, but more so the game than the animation. It seemed that most of my entry points into anime and manga were from video games. However, at the ripe old age of 11 my best friend introduced me to the wider world of anime. He started me with shows like Fairy Tail and Soul Eater, the latter of which I would come to fixate on for most of middle school. Still, I was hesitant to get into other anime or even to proudly state that I was an anime fan. Something about it just seemed too…nerdy. My fear of enjoying the things I loved came from a direct fear of how others would perceive me. But it wasn’t just my love for anime that I was afraid of being known, so many interests in my life I was afraid to share with people for fear of being ridiculed. For example, my love of cryptids like the Loch Ness Monster and Mothman. Anime was just the thing that I tried to hide away the most, only expressing my love for it to those I closely confided in. All the while my love of anime was expanding, I would cry to Angel Beats, laugh at Baka and Test, and be captivated by Gurren Lagan. My friends and I would even go to anime conventions annually, and I would buy a ton of nerdy anime things, all of which would sit quietly in my room, never to be seen by others.

I feel as though my experience is not unique, and could bring up a wider discussion of cringe culture. This is a term often thrown around online that I knew of but wasn’t exactly familiar with. Cringe culture refers to the practice of cyberbullying individuals based on their interests, behaviors, and even existence that may not conform to most standards of normalcy in society. And like most horrible things on the internet, it stems from ableism, misogyny, and transphobia. As tumblr user thecaffienebookwarrior states in their post about cringe culture, it often targets younger individuals that are “exploring fandom and fan creativity for the first time.” This may lead them to act in ways that could typically come off as annoying or find interests in things that they may later in life find is totally bizarre. We’ve all had these moments — I know you still have that Warped Tour t-shirt in your closet — and it’s totally ok! People should be able to like all the stuff they want, without fear of judgement, and luckily the judgement is starting to disappear.

Starting in college, I began to stop caring about what others thought about me. Whether it be taking naps in the hallways or playing video games on my Nintendo Switch, it just didn’t matter to me anymore. And regardless of your opinions about UTD, I owe a lot of my growth to this campus. Everyone at UTD is so openly themselves; we are nerdy, weird, and proud of it. Cringe culture isn’t gone, there will always be people who put others down for how they express themselves, but that shouldn’t matter. If you aren’t hurting anyone or being a shitty person for the sake of it, love what makes you happy!  Nowadays I wear my weird and nerdy interests proudly, quite literally. The last three shirts I bought featured anime, video games, and even cryptids. Walking out the door in a shirt with the words “Neon Genesis Evangelion” in Garfield print with the titular cat hanging out on it, I can’t say I’m completely comfortable being seen by people. I have to tell myself that regardless of what other people think, it doesn’t matter. I’m happy when wearing my Nier: Automata t-shirt, and I love seeing my computer and phone decked out in Metal Gear Solid and Fire Emblem stickers. I’m an anime fan, and I’m only slightly not embarrassed to admit it.