Pokemon: Stagnation is Their Foundation

Pokemon: Stagnation is Their Foundation 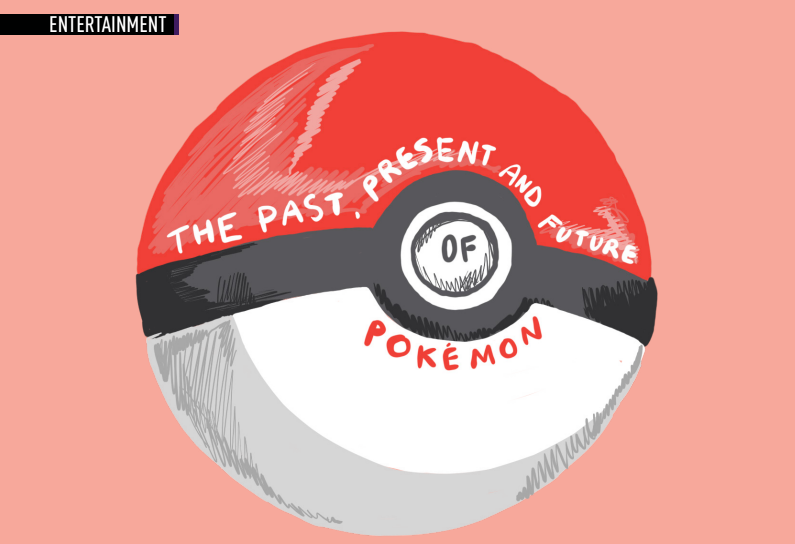 So far, three new Pokémon games have been announced for the Nintendo Switch, all set to release sometime either this year or next. New Pokémon Snap is set to release April 30, 2021, Pokémon: Brilliant Diamond and Pokémon: Shining Pearl are slotted for some time this year, and Pokémon Legends: Arceus will come out in 2022. From sequels to remakes to prequels, let’s take a look at what the next two years of Pokémon have in store.

New Pokémon Snap is a sequel to the original Pokémon Snap, released for the Nintendo 64 in 1999, just three years after the original Pokémon: Red and Blue. Like the original, New Pokémon Snap will feature a spin on rail shooter mechanics, where the player follows a specific route throughout the game, but instead of shooting a gun the player will be shooting photos of all the cute Pokémon that the Lental region has to offer. These photos are used to complete the players Pokédex and help the research team in their studies of local Pokémon behavior, and you can edit them and post them online

The game is being developed by Bandai Namco Studios, which is known for games like Mario Kart 8 Deluxe and the Super Smash Bros. series. While it looks beautiful, the cost of the game brings up a major concern for fans of the franchise. New Pokémon Snap is currently available for preorder, and like most games published by Nintendo for Switch, is priced at 60 USD. I beat the original Pokémon Snap for Nintendo 64 in one sitting when I was eight years old, so considering the price, fans are hoping that this game will have a great deal more content than the original. As much as I love Pokémon, I’m hesitant to drop 60 dollars on a game that seems to have fairly repetitive gameplay and is unlikely to be very long. Nevertheless, we’ll just have to wait and see.

Pokémon: Brilliant Diamond and Pokémon: Shining Pearl, which is supposedly being released in 2021, are remakes of the original Pokémon: Diamond and Pearl games, which came out in 2006. Surprisingly, they are being developed by ILCA Inc, making them the first core series Pokémon games to not be developed by Game Freak. ILCA, which stands for I Love Computer Art, specializes in CG animation and video production. They’ve previously worked with several well-known video game franchises, including the Pokémon Company on Pokémon HOME, the cloud-based Pokémon storage and transfer app for mobile and Nintendo Switch. However, since ILCA doesn’t specialize in independent game production, it seems safe to say that this remake will be a fairly cut-and-dry remastering of the original games, with better graphics and not much else. According to the Pokémon website, everything from the “sense of scale in the originals’ towns and route” to the character sprites’ outfits will be kept as close to the original as possible.

That aside, there was some mild controversy surrounding the game’s art style when the trailer was released on February 26th, 2021, as part of the company’s Pokémon 25th Anniversary event. The character sprites have been designed in a “chibi” style, which essentially means that they are very short with big heads and stubby limbs. Many fans across social media disliked the new designs, comparing them to Funko Pops or characters designed for mobile games. Others, like my friend Aurora, called them “dumb, but in an endearing way.” Between the lack of excitement surrounding the graphics and the fact that there probably won’t be any major gameplay or story changes, I’m not optimistic about how well this game is going to do.

Personally, as a big fan of the original Diamond and Pearl games, I was pretty let down by the trailer. Pearl was the first Pokémon game that I played and the first video game I ever beat, but even I’m not sure if nostalgia will be able to win me over on this one. I was hoping for a game that would add some new mechanics, characters, and story elements (or at least a redesign for the player characters’ outfits!), but it looks like it’ll be a pretty cut-and-dry remake with some “player-friendly conveniences of the modern Pokémon series.”

As I stated above, Pokémon: Brilliant Diamond and Shining Pearl will be the first non spin-off Pokémon games to be developed by an external studio. I think it’s likely that  Nintendo only pushed out this rather low-effort remake to hold over Pokémon fans until next year, when the game that developer Game Freak has had their hands full working on is finally released. Also set in the Sinnoh region and announced on the same day, Pokémon Legends: Arceus is an open world action RPG set in a pre-industrial version of Sinnoh, where Pokémon can be captured in the overworld using old-fashioned wooden Pokéballs.

Legends: Arceus is by far the game that I, and most Pokémon fans, are anticipating the most. The game builds on mechanics of the Wild Area introduced in Pokémon: Sword and Shield to create an entirely open world game. Many publications have said that not only do the art and gameplay resemble The Legend of Zelda: Breath of the Wild, but this game might represent the same thing for the Pokémon franchise that Breath of the Wild was for the Zelda franchise: A much needed overhaul of the series’ typical mechanics, while still maintaining enough elements of the earlier games to keep the spirit of the franchise.

Instead of offering an altogether new set of starters, Legends: Arceus will let players pick between Cyndaquil, Oshawott, and Rowlet, which the professor of this game supposedly collected during his travels to different regions. Cyndaquil was introduced in Pokémon: Gold and Silver, Oshawott in Black and White, and Rowlet in Sun and Moon. It doesn’t look like the game will be introducing any new Pokémon, but will be expanding on the lore introduced in previous games. And obviously, the game will be featuring the mythical Pokémon Arceus, which supposedly created the whole universe and everything in it.
Pokémon has spent years becoming more and more stagnant in terms of gameplay. There are so many times you can shuffle around how many Pokémon can be in a battle at once before things start getting old. Nintendo can’t just keep making the Pokémon get bigger and bigger, eventually they have to shake things up. Hopefully, Pokémon Legends: Arceus will be just the push the franchise needs to start trying new things.