Death Note: Justice Is A Mask For Ambition

Death Note: Justice Is A Mask For Ambition 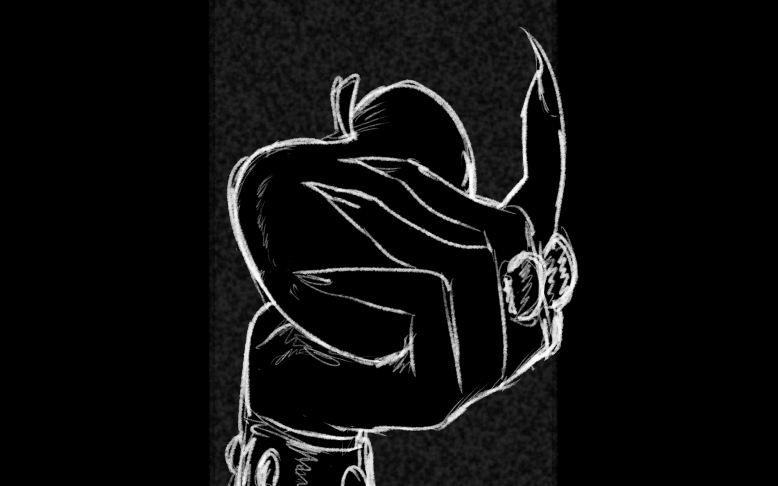 Spoiler Alert: Duh. But veterans please read on ahead.

There is no doubt that Death Note’s moral subject matter is complex considering it started out as being a mere manga in Shonen Jump. Though the idea of justice is prominent in this manga,  justice, in the world of Death Note, is ultimately meaningless, and it’s really used as a façade to justify ambitious means and ends.

The premise of Tsugumi Ohba’s Death Note follows Light Yagami, who is painted as being a pristine model student, a genius, and a classic know-it-all who is pretty much set for life. His  world changes as soon as he discovers the Death Note – “a notebook that grants the user the  supernatural ability to kill anyone whose name is written in its pages.” After adopting the public persona of “Kira,” Light sets out as creator and God of awakening a new world, devoid of criminals while vanquishing anyone who stands in his way (Ohba 2021).

Reading these first few pages from the first chapter, my middle school self cannot help but feel captivated enough to borrow the entire volume in my school’s library. I can go on and on about the religious symbols found in Death Note from “the church-y background choral music to the ode to Michelangelo’s “The Creation of Adam” in the opening of the show, to the apples Ryuk constantly eats for who knows what, but I wanted to look onto some time even more complex: justice (Pickard et al 2017). Whether you believe Light was in the wrong or not for what he did in hopes of creating this new world, we must define what exactly constitutes justice. Justice is, by no means, nothing new to anyone, especially to any of my fellow smart Comets at UTD. But it’s still worth noting that our views on justice are not the same and that’s perfectly fine.

Both Light and his advocates’ views on justice are nothing in the field of philosophy.  Philosopher John Rawls argues from the ideal theory that in order to correct the injustices in society we have to have an idea of what this justice is. We need to imagine what a perfect world would be like with everyone doing the right thing (like having free parking at UTD 24/7 or maintaining a stress-free 4.0 which would be a few of my personal goals, but I digress) (Pickard et al 2017). This kind of justice translates to the world in Death Note as a world with Light being left as the self-acclaimed Messiah. A world with nothing but the corpses of criminals and the unworthy (Pickard et al 2017).

However, another more practical view of justice comes from philosopher Naomi Zack, where regarding “injustice theory,” you don’t start with imagining a perfect justifiable world, you start with pointing out and identifying the injustices. Once you identify the injustice in place, you then correct it with justice (Pickard et al 2017). With L, being a prime example of this notion, he sees justice as being a more reactive force to injustice. L acts in correcting any injustice he sees fit because he feels compelled to do so (Pickard et al 2017).

With the views on justice from Light and L, it’s no wonder that the kind of justice found in  Death Note is ambiguous, with no clear-cut answer but more room for interpretation. However, how Death Note really incorporates justice ends up being nothing more than a joke.

Ambition: The Façade of Justice

If you’ve read on ahead, you’ve heard right. I said it. Justice really is a joke in Death Note. And justice is really used as an excuse by both Light and L by acting in what they feel is right. It’s all about ambition in victory, not letting the other side get the upper hand. When it comes to addressing what really constitutes justice from our experience in everyday life from Disney movies to video games and beyond, we are taught that the bad guys lose, and the good guys win.

Perhaps one of Light’s most memorable quotes in both the manga and anime: “If we catch Kira,  he is evil, if he succeeds, he is justice”(Ohba 2021). What Light is really saying is that justice is won, justice can only be claimed by the victors (Aleczandxr 2017). Through victory, justice is gained. Like from the countless history books we are forced to read growing up, we are taught that the side— whether it in the aftermath of a battle or war— who wins is the just and right side (Aleczandxr 2017). Sometimes we never even touch nor learn about the circumstances upon which prompt the losing side to even go into war in the first place. Extending the notion onto Death Note, the word justice becomes merely a pawn for Light’s ambitious goal for creating his ambitious goal of an ideal world (Aleczandxr 2017).

Though to say that Light is the only one ambitious would certainly be an understatement. L when asked about what drives him to do what he does as a detective goes as far as to say:

“It is not a  sense of justice. Figuring out difficult cases is my hobby. If you measured good and evil deeds by current laws, I would be responsible for many crimes. The same way you all like to solve mysteries and riddles, or clear video games more quickly, it’s simply prolonging something that I  enjoy doing. That’s why I only take on cases that pique my interest. It’s not justice at all. And if it means being able to clear a case, I don’t play fair, I’m a dishonest, cheating human being who hates losing…” (Ohba 2021).

Though it can be acknowledged that both sides, Light and L, acted in what they believe true justice is, however, what started out as a game of cat and mouse to a competition of wits soon evolved to be a moral battlefield for the fight of pride and ambition (Aleczandxr 2017). Just like  Light and L, we all have ambition within each one of us. Death Note, though, can also serve as a  bit of a cautionary tale much like Light’s defeat at the end of how ambition can get the better of us and ultimately corrupt us and turn us into monsters (Aleczandxr 2018).