Riots, Respectability, and What Comes Next

Riots, Respectability, and What Comes Next 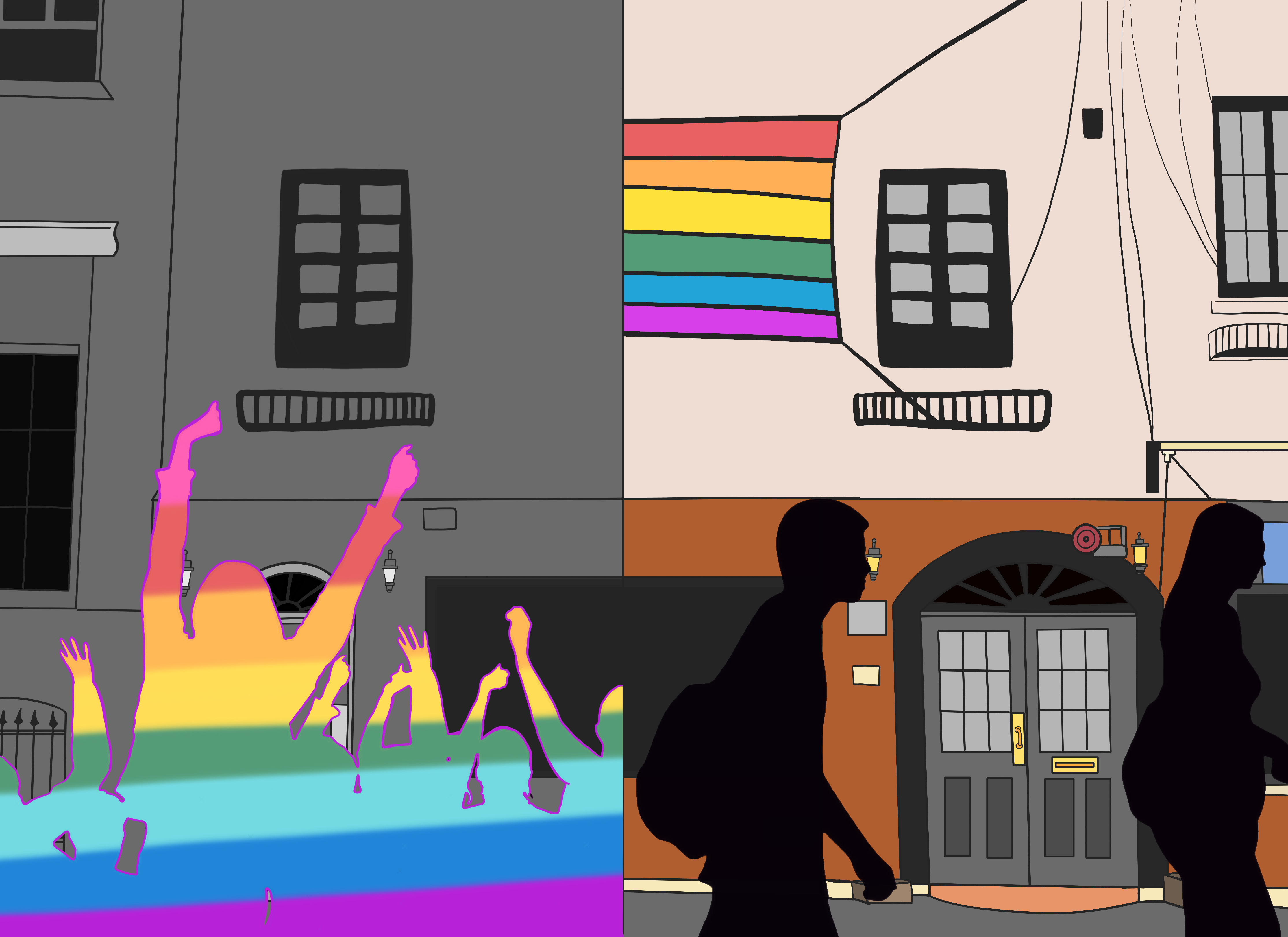 The 1960s were a dark time for LGBT people in the United States. Homosexuality and “crossdressing” were illegal and the state violently suppressed anyone deviating from cishetero norms. Undercover officers roamed the cities, searching for men they could arrest for the crime of accepting a free drink from another man. On the streets, if you presented in a way that an officer thought differed from your gender, you would be arrested on the spot. Violating the social order by being openly LGBT came at the cost of extortion if you were lucky, and imprisonment if you weren’t. It was in these dark times that the Stonewall riots happened, forcing American society down a more just path.

The Stonewall Inn was a bar in New York City catering to gay people. Like most gay bars at the time, it was run by the mob, who cared more about the money they got from alcohol and blackmailing rich gay men than any opinions they had on the morality of their clientele. However, unlike most gay bars, the mob made monthly payments to the police in order to avoid being raided and to continue operating without a liquor license. Even the police were making money off of Stonewall, taking bribes from its mob owners and shaking down its customers. Unfortunately, Stonewall eventually stopped being profitable for them.

So the police decided to shut the bar down.

At 1:20am on June 28, 1969, officers suddenly raided Stonewall Inn. Unlike previous raids, which the mob had been tipped off about beforehand, this one came with no warning and caught everyone by surprise. Patrons were ordered to line up and present ID, and those dressed as women were ordered to go to a restroom to be inspected by female officers. However, these demands were defied; patrons refused to comply with the lawful orders. Police responded by arresting several people and sending the rest outside. Tensions quickly grew outside the bar as the crowd swelled and police enacted their typical brutality against the “criminals” and bystanders. Fed up after decades of oppression by the state, the crowd first began hurling coins and beer bottles at the police, and then bricks. The situation then escalated into a six day riot, culminating with police on the retreat and rioters openly displaying their identities on the street.

The riot inspired further action, with revolutionary and openly gay activism groups being formed around the nation and the world. These groups supplanted the ineffective liberal groups who had relied on respectability and working within the system to achieve little to no material change. Instead, new groups openly called for a radical restructuring of society and collaborated with other revolutionary groups like the Black Panthers and anti-war protestors. Through confrontational tactics, they put openly gay people into the public eye and forced everyone to take a position on the issue, even going so far as to hijack an American Psychology Association meeting to argue that homosexuality was not a mental illness (it was later removed from the Diagnostic and Statistical Manual of Mental Disorders in 1973).

No longer were gay people forced into the shadows, and no longer could anyone be neutral on the issue of gay rights. By breaking the law and ignoring notions of respectability, the Stonewall rioters paved the way for the better world of today.

The example of the Stonewall riots show how breaking the rules, whether written laws or unwritten social norms, is a more effective way to enact change than working within the system— contrary to the mainstream narrative taught in schools and by the media. Those with power would have you believe that the only way to achieve change is to politely beg them for it on their terms; that the only way to overcome oppression is to hug your oppressor. This narrative is forced upon us from every direction; the educational system emphasizes legal and nonviolent action as a means of change, ignores the violent actions of more peaceful movements, and demonizes more violent movements as having obstructed change. Meanwhile, the media covers violent or illegal resistance against the state with the same negative lens regardless of context, and portrays more peaceful and ineffective movements in an uncritically positive light. Those with power want movements to be peaceful and work within the system because the system is designed to resist change. Had the Stonewall protesters simply followed the law, milestone events like same-sex marriage equality would still be far in the future.

History has shown that the best way to enact change is by going outside the system. Every substantial change in history has been the result of a group of people going against the system of the time. Nations rising up for independence and better systems of governments, as well as women’s rights and racial equality movements, have all relied on people working outside the system and trying to create a better world, regardless of how respectable other people think that quest is. If all movements simply worked within the system— only marching with permits, making sure to present a respectable image, always complying with the law, never hurting a fly— nothing would ever change, because there would be no incentive for the state to enact change. Movements should obviously be strategic about which norms they violate and which laws they break, but change can never be achieved by movements slavishly devoted to respectability.

Unfortunately, while Stonewall ignited a flurry of gay activism, the new movements failed to properly learn its lessons. In the wake of Stonewall, movements for gay rights gained increasing popularity and leverage and were able to enact great change. However, they abandoned trans and nonbinary people once again in pursuit of respectability. Many activists at the time valued portraying a more respectable image to cishetero society over the lives of their trans and nonbinary comrades, and trans rights have suffered as a result. Additionally, in this pursuit of respectability, activists abandoned goals to fundamentally reshape society more equitably in favor of less ambitious and more palatable goals.

The US is still far from LGBT equality and much remains to be changed. However, if we avoid the mistakes of the past by prioritizing politeness over justice, we can create a more equitable society sooner than anyone imagined.