Just Pick Someone: The Case for a National Primary

Just Pick Someone: The Case for a National Primary 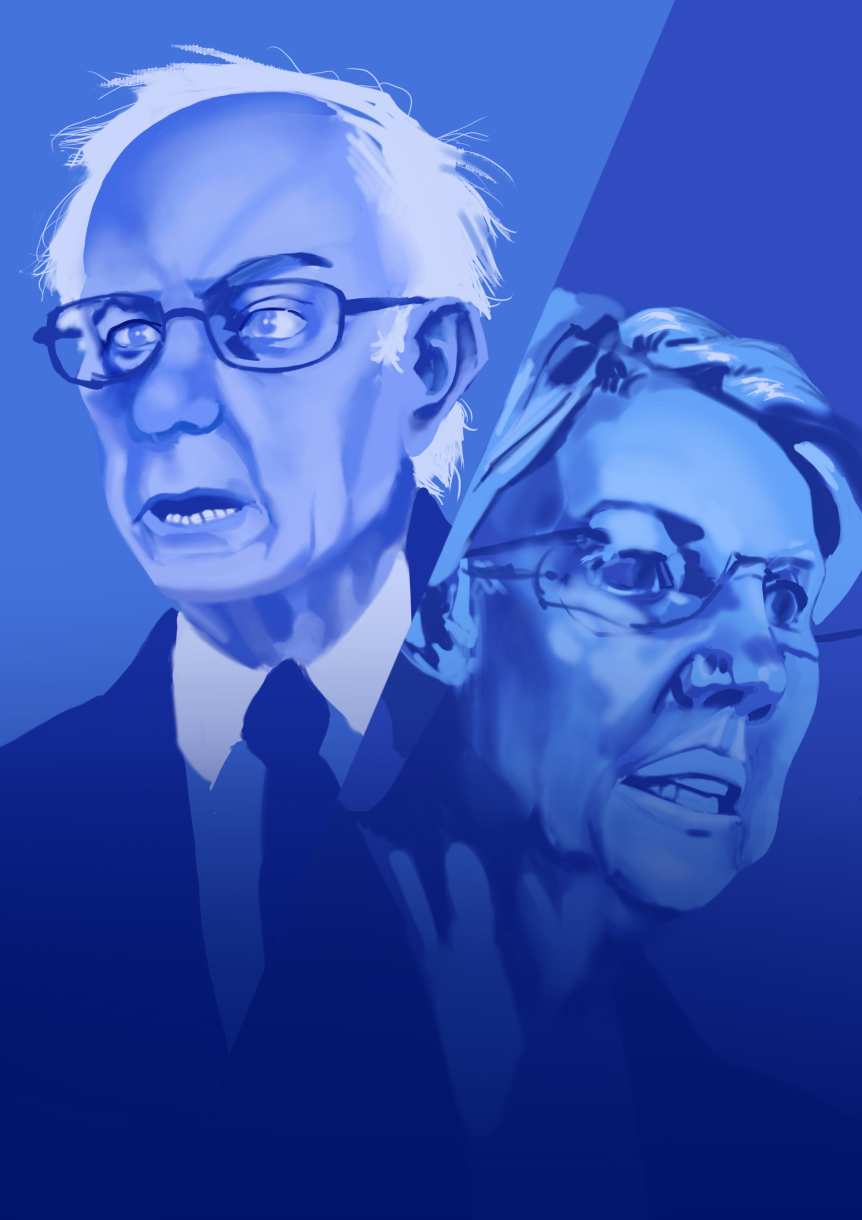 Chances are you’re already tired of the 2020 elections. No one could blame you if you are — technically speaking, the first candidate started campaigning in July 2017, solidly over two years ago. Even ignoring John Delaney, though, most of the major candidates for the presidency began announcing in the first months of 2019, still over a year ago. Pew Research Center data show that in 2016, a majority of voters were exhausted by media coverage of the presidential election by the time of the nominating conventions. The 2020 election cycle began about as early as the 2016 cycle did, and Pew is already recording similar trends: A poll taken in August recorded nearly half of respondents as being “worn out” by the amount of political advertising and discussion on social media.

Beyond just being annoying and tiring for voters, though, the presidential primary process as it currently stands actually harms voters and candidates and leads to a lower-quality election cycle at a massive cost of time, money, and attention. A study by Dr. Danielle Thomsen of UC Irvine late last year showed that primary voters tend to favor the candidates in their party who are the most ideologically extreme, which goes a long way to explaining how highly progressive policies like Medicare for All have become litmus tests for being “liberal enough” in this presidential cycle’s Democratic primary. In the New Hampshire primary, candidates spent millions upon millions of dollars in advertising. The result of all that spending? Just 300,000 ballots — barely more than the population of Plano. Most interestingly, a FiveThirtyEight Politics analysis of 40 years’ worth of primary polls published last year showed that, with adjustments for name recognition, candidates’ polling averages in the year preceding the election strongly correlated to who eventually won the nomination for president. In short, the long, drawn-out presidential primary cycle promotes apathy and the polarization of platform policies, doing little to win new voters.

The best solution to all of these problems is a national presidential primary day (not to be confused with a one-person-one-vote national primary election). A national primary day would be simple: Instead of the current state-by-state timeline, all fifty states would have their nominating primaries on the same day. State party organizers would still have the freedom to set their own rules and methods for how candidates earn delegates to their party’s convention, but all primaries, caucuses, and other delegate-assigning events would take place on one day a month or two before the nominating convention. In the case of nobody achieving a majority of delegates, a majority of the popular vote could determine the candidate. That failing, the classic brokered convention nightmare scenario could take over. It may not be obvious at first, but the simple decision to have every state primary on the same day would solve the biggest problems with the current system.

You Matter as Much as New Hampshire

One of the most significant criticisms of the current primary system is that early states — especially those with well-known primaries and caucuses such as Iowa, New Hampshire, and the Super Tuesday states — have an outsized effect in picking a party’s nominee, or at least in winnowing the field. How significant that effect is has been up for debate for a while, but either way, Iowans and New Hampshirites are played up in the media as holding the earliest keys to a convention victory. Regardless of whether they’re actually key to securing the nomination, Iowa and New Hampshire’s privileged places at the beginning of the national primary cycle can make it feel like they matter more than states whose primaries take place later. It seems likely that this contributes to election-coverage fatigue in later states. Whereas a voter in New Hampshire might be inundated by ads but find some sweet relief by February knowing they helped pick that year’s presidential candidates, a voter in Indiana (whose primary isn’t until May) might become fatigued by election ads and then not even get to cast a meaningful vote for their party’s candidate. This could be especially frustrating considering Indiana’s Mayor Pete Buttigieg is still in contention for the nomination (at least for now).

A one-day national primary would handle this problem with ease. If every state primary is held on the same day, no one primary could serve as a bellwether for the others and sway other states’ votes based on flawed assumptions about the saccharine buzzword “electability”. Ironically, a national primary day would be a far better gauge of so-called “electability”, as it would turn the primary cycle into a truly national contest. Candidates would be more likely to campaign in all fifty states to woo voters, just as eventual presidential nominees do, and voters would get to see how candidates interact with America the beautiful, not just Iowa.

Some might argue that this poses an unfair challenge to lesser-known candidates with smaller war chests but based on the past forty-odd years of primary election data, this isn’t likely to rule out anyone who would have won otherwise. As Geoffrey Skelley of FiveThirtyEight points out, candidates with low name recognition early in the year pre-election have only won the nomination four times since 1972 — a spectacularly low margin even when limiting the scope of the data to only strongly contested primaries. To put it bluntly, if a lesser-known candidate can’t rally the support to compete at a national level early on, they probably don’t have any business running anyway. The one-day national primary would help both narrow down the field of candidates to those who are actually competitive as well as make primary day a national affair.

Turning the presidential primaries from a state-by-state process to a national event would more than likely have another huge benefit in terms of improving the democratic nature of the process: People will be far more likely to vote. The issue of voter turnout has been a hot topic for a long time. This isn’t all that shocking, given that according to the Pew Research Center American voter turnout lags solidly behind that of other developed, democratic countries, and even the percent of America’s voting-age population that is actually registered to vote is staggeringly low. Turnout in presidential elections hovers between 50 and 60 percent of the Voting-Eligible Population (VEP), with midterm elections hovering about 10 percent lower. Primary elections muster only about half the turnout of midterm elections. The logic here is simple: National elections have far higher turnout than state elections. Turning the primary process into one national primary election day should make turnout skyrocket.

Maintaining state contests has several benefits. First, it would allow states to maintain their own rules and primary election styles in keeping with traditions (a commonly pointed-at victim of the national primary). Second, it would help ease and decentralize the logistical strain of having a national primary; instead of the national party committee managing a national primary process, each state’s party organizing body could run its own primary or caucus and simply report results to the national party, who would then determine the results. Last, and most importantly, it would ensure that candidates have good reason to campaign in rural states that (because of the electoral college’s similar structure) would be key to them winning the general election. In short, having a national primary day on which all states hold their primaries would lead to a more democratic, representative process for choosing a party’s presidential candidate, and they help put power in the right hands: the hands of individual voters all across the country.

Your Time, Your Attention, Your Vote

A national primary day would drastically improve the presidential nominating process politically, but with the right restructuring (and perhaps a bit of luck), it would improve life for the average voter, as well. There’s a good chance that with the compression of the drawn-out primary season into a single day, campaigns would shorten drastically. It seems unlikely that a one-to-one reduction would happen, where the average length of campaigns decreases by the average length of the primary season, but the fact of the matter is that campaigning for one national primary day requires a much different breed of momentum than candidates currently have to build up to withstand the months-long slog of the current state-by-state process. Ideally, decreasing the amount of time spent on the primaries themselves would decrease the amount of time spent campaigning for them.

A counterpoint here is that less time for campaigning means less time for voters to come up with an informed opinion about who to support. Especially given this year’s early primary results, this seems like a fair point at first; New Hampshire voters especially were wildly indecisive even in the final days leading up to the primary. The raw numbers of who had or hadn’t “definitely made up their mind” may seem significant here, but referring back to FiveThirtyEight’s analysis of early primary polling tells a different story. Regardless of who has or hasn’t firmly settled (by their own assessment) on who they’re going to vote for in the primaries, the fact of the matter is that voters’ early assessments of who they are most likely to support remain highly predictive, even in January to June of the year before a presidential election. It’s not entirely unlike when you need more time to order at a restaurant — you may claim you need five more minutes, but it’s really just because it feels disingenuous to commit to the meal you know you’re going to be ordering anyway. Having more time for the electorate to change its mind on who to support just isn’t a compelling reason to keep the current primary system — statistically speaking, the electorate has already decided what it wants to order.

The presidential primary process is utterly broken. Primaries are polarizing, wasteful, time-consuming, and above all just plain exhausting. Next to nobody votes in them, they irrationally overvalue voters in early states, and they’re a large part of why the US election cycle is longer than any other election cycle on the planet. In short, the primary process as it stands does little to respect the voices of individual voters — the voices that should form the lifeblood of any democratic republic. Holding every state’s primary on a national primary day would strike the perfect balance of ensuring equal representation and ensuring every citizen has their vote matter to the candidate who will go on to represent them as their party’s presidential nominee. In a time where America has never been more divided, a national primary day could be a strangely unifying event. One nation, indivisible, would come together with one beautiful goal: Just pick someone.

Christian is AMP‘s web editor and elusive political correspondent. He has no idea what he’s doing and you can’t stop him.