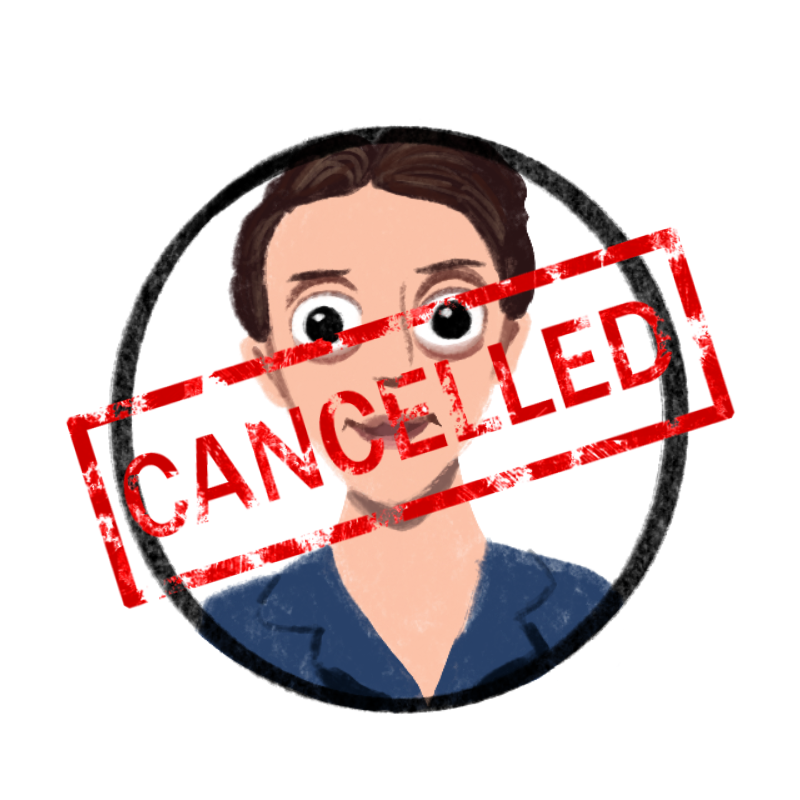 It’s a new year, so you know what that means: a Buzzfeed-esque list recapping parts of the past year. For this list I have decided to delve deep into the internet dramas that ruled (and ruined) my life in 2019.

1. The Battle of the Beauty Vloggers

Tati Westbrook, a beauty vlogger on YouTube, made a 40-minute video last summer in which she claimed that fellow beauty vlogger James Charles was a manipulative and two-faced individual. The inciting incident? Well, Westbrook owns a health and wellness business that Charles would never agree to sponsor. However, when offered security detail at Coachella in exchange for an ad in one of his videos, Charles accepted a sponsorship from a rival health and wellness business. Westbrook also made several other claims about Charles’s character, focusing in particular on his behavior towards straight men. Westbrook claimed that Charles has a tendency to try to “trick straight men into believing they are gay” and may act in a predatory manner towards them. In the wake of the video’s release, Charles lost over two million subscribers (which he has since gained back). The drama between Tati Westbrook and James Charles defined a summer and has earned its place in the history books, but more importantly it has earned the #1 spot on my list.

2. A Match Made in Gaming Hell

YouTube gamer Jared Knabenbauer, better known online as ProJared, made a statement last May that he and his wife, Heidi O’Ferrall, were getting a divorce. Shortly after, O’Ferrall took to Twitter to accuse Knabenbauer of cheating on her with fellow YouTuber Holly Conrad. O’Ferrall also claimed that Knabenbauer was mentally abusive during the course of their relationship, and that he had solicited nudes from fans (some of whom were underage during the time he interacted with them). Images of Knabenbauer quickly spread that, in the most appropriate terms possible, gave legitimacy to O’Ferrall’s claims. Shortly after O’Ferrall’s statement, ProJared’s creator collective, NormalBoots, parted ways with the YouTuber. Since the dust has settled, ProJared still has an internet presence, even posting a picture of himself with a shirt branding him as “canceled.” Considering the fact that in the span of a day or two, I not only found out who ProJared was, but also saw his genitalia, I ranked this my second messiest drama of the year.

3. Jake Paul and Tana Mongeau’s Fake Wedding That Ended With a Real Break Up

Jake Paul and Tana Mongeau are two of the most talked about YouTube celebrities these days. The couple’s relationship has been subject to a fair amount of scrutiny, with many believing the two were only together for publicity purposes. This speculation came to a head when the couple staged a very public and very messy wedding ceremony in Las Vegas. The wedding featured an Oprah Winfrey impersonator and a fist fight that was streamed live for viewers through a site that required them to pay 50-75 dollars to watch. It was later revealed that the couple never obtained a marriage license, and Mongeau herself even admitted that the wedding was not official. The couple also decided to break up only a few months into their “married life.” The tumultuous relationship between the two and the overall mess that is their personalities landed them in the #3 position on this list.

4. Pewdiepie Had A Chance to Prove He Wasn’t a Nazi, but Still Chose to Seem Like A Nazi

One of the most popular YouTubers on the platform, Pewdiepie, whose real name is Felix Kjellberg, has had a history of problematic behavior. Some examples include dropping racial slurs during his videos, displaying Nazi symbols in his videos, and making blatantly anti-Semitic comments in his videos. This came to a head when he was name-dropped by two white nationalists that went on to commit mass shootings. While trying to manage the fallout that commonly occurs when white nationalist mass murderers say you inspire them, Pewdiepie pledged to donate $50,000 to the Anti-Defamation League, an anti-hate charity that focuses on Jewish people. Not long after he pledged this, he retracted his donation, saying he wanted to find a different charity to donate to. An important thing to note is that the Anti-Defamation League never received any actual communication from Kjellberg about the donation or the retraction, and evidently only found out about it through his videos. Given the seriousness of Pewdiepie’s potential nazism, but being just afraid enough of the internet; I have buried it in the middle where hopefully no one will see it.

5. Trisha Paytas Somehow Continues to Stay Relevant For All the Wrong Reasons

Trisha Paytas remains a constant presence on the internet, mainly for doing and saying extremely random and strange things. This year, she caught our attention by announcing that she was a trans man. She says that she is a gay man who dresses in drag because she’s attracted to other gay men. She also said that she identifies with her natural born gender, which seems to go against what she originally stated about her identity. While Paytas has every right to identify how she feels, she has a history of making problematic statements in regards to identity and her identity in general. In the past, Paytas has claimed that she identifies as both “nothing” and as a “chicken nugget.” It is this kind of trolling behavior that makes me distrustful of her, and earns her a low spot on my list.

6. #“blank”isoverparty Does Not Result in “Blank” Being Over

The Twitter trend #blankisoverparty was in response to the growth of internet “cancel culture.” Whenever a celebrity or influencer did anything remotely problematic, Twitter users would “cancel” them. Ideally, this involves the canceled individual losing their platform and popularity for their problematic action. Of course, in practice, the cancelations almost never amount to anything. When looking through the tweets with the hashtags, more often than not it is unclear what the celebrity in question actually did. K-pop fans would consistently flood the hashtag with videos of their favorite K-pop stars, leading to anger from those who want to be more aware of the actions of celebrities and influencers. Since this drama was really only a Twitter trend and didn’t actually result in any long-term change in the internet landscape it has fallen to the lower ranks of this list.

7. A Blast From the Past That I Truly Wasn’t Expecting

Buckle up, because this take some weird twists and turns and inevitable ends up nowhere. Cole Carrigan is a YouTube beauty vlogger formerly associated with Tana Mongeau and Jake Paul. In October of last year he made a video accusing a popular YouTube vlogger, Austin McBroom, of sexual assaulting one of his friends and a second woman. McBroom claimed that this never occurred and that Carrigan was attempting to extort $100,000 from him because of a joke that a completely separate youtuber made about being paid $500,000 in order to not talk about the allegations against McBroom. The situation gets muddier when someone claiming to be the second woman assaulted by McBroom made a statement in which she says the story was not Carrigan’s to tell and that she believed he likely did try to get McBroom to pay him to keep silent. Ultimately as insane as this story is, it goes nowhere. McBroom said he was gonna hire a prosecutor to sue Carrigan, Carrigan said McBroom was gonna get arrested. And I have spent well over two hours to see if anything actually came out of this, but could not find anything whatsoever. I choose to believe victims, but there are rumors that Carrigan made up the entire thing. I also went to high school with Carrigan and he did tell everyone his dad died when he was very much alive. It was mainly because I went to high school with Carrigan that I even thought about putting this on here.