Opinions Without Evidence: How the Mercury Failed its Readers

Opinions Without Evidence: How the Mercury Failed its Readers 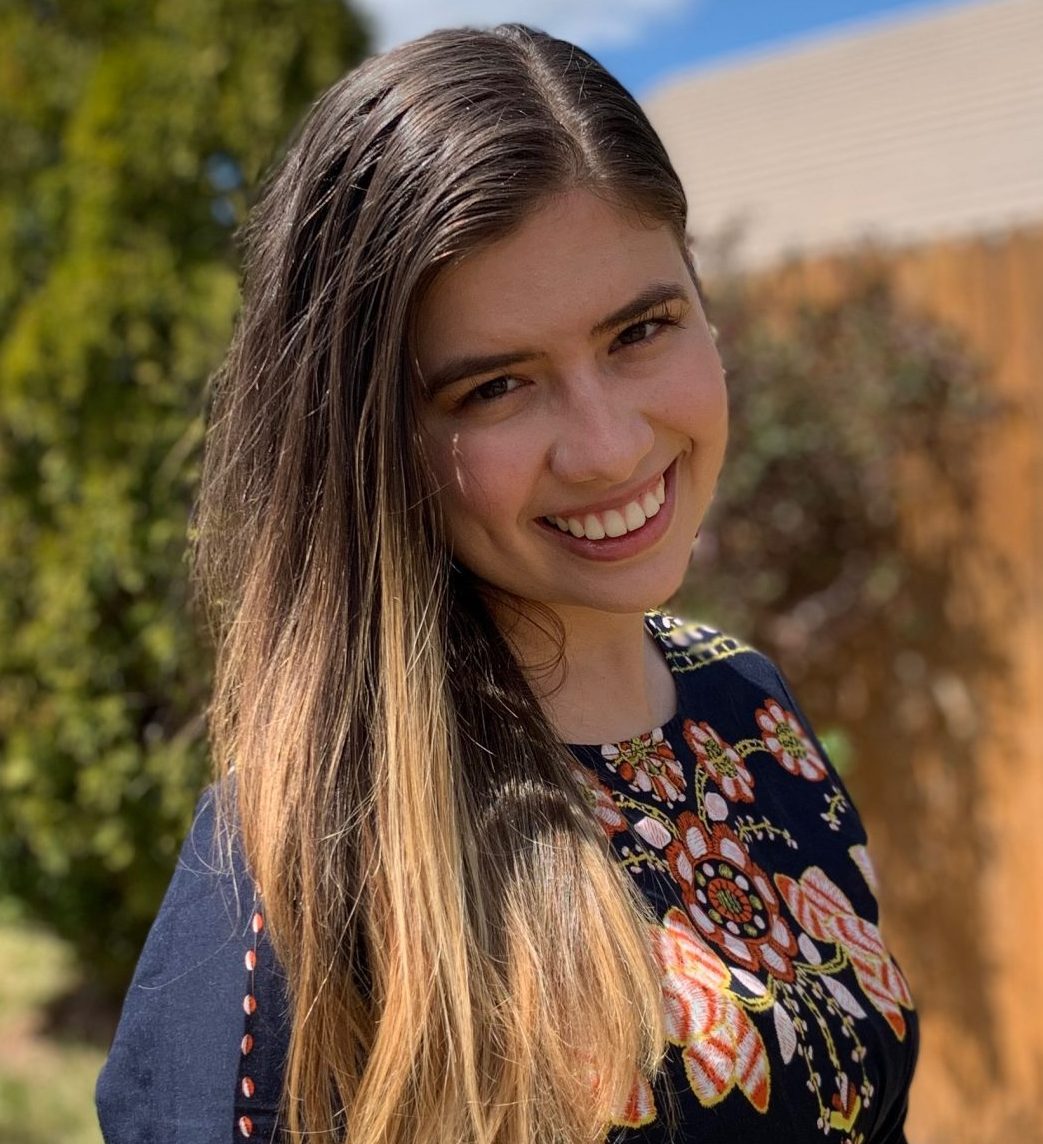 In March, The Mercury published an article by opinion columnist Michael Lockwood filled with transphobic rhetoric and incorrect information about gender transitioning, titled “I Hate Me.” Although some students have asked the Mercury to issue an apology and make corrections to this piece, they have yet to do so. We’ve decided to take matters into our own hands and explain what’s wrong in Lockwood’s piece; because we believe that The Mercury has a responsibility to uphold certain tenets of journalism: That published information should be fact-checked, and that hatred should not be given a platform to spread.

Let’s be clear — we’re not upset at The Mercury for publishing articles that we personally disagree with, but rather for publishing medical and scientific claims that are inaccurate. Lockwood’s arguments may be “opinions,” but the arguments lack grounding in fact and reason. The Mercury is a newspaper, so what they publish should reflect reality, not obscure it. Lockwood’s article makes false assertions and attributes them to sources which don’t exist or conclude the opposite of what is being claimed. We are aware of the need for freedom of expression and political thought, especially on a college campus, but Lockwood’s article transgresses those boundaries and enters into bigotry and hatred.

There are a lot of random claims throughout Lockwood’s article, with and without sources. However, the central argument is as follows: There is a scourge of doctors hastily transitioning children with gender dysphoria, setting them up for a lifetime of mental health issues. This is not an opinion, it is a statement that is either true or false, and the article has absolutely no sources supporting its truth. Even though he has accurate sources for some of his auxiliary claims, the fact that there’s no evidence to support his main thesis should be a cause for concern.

In reality, if you look through Lockwood’s own sources they indicate that there are strict guidelines for treating children who experience gender dysphoria. Here is how those guidelines actually work: Young trans, intersex, and nonbinary people are not put on cross-sex hormones until they are at least 16 years old, and many must wait until they are 18. Before they are mature enough to be prescribed cross-sex hormones, some trans youth are prescribed puberty blockers. These are “medicines that prevent puberty from happening,” and they are “not permanent” according to Seattle Children’s Hospital. That makes sense, considering that they were originally designed to just delay puberty temporarily for cisgender youth that started experiencing it too early. The latest research indicates that puberty blockers are linked to lower rates of suicidal thoughts among transgender youth, because they help stop gender dysphoria from getting worse and buy time for children to mature before more permanent treatments are considered. Furthermore, according to Colt Keo-Meier, a Texas-based psychologist who specializes in gender and sexual health, “There are absolutely no medical interventions or surgical interventions on any prepubertal child.”

Now that we’ve investigated Lockwood’s thesis, let’s look into his specific claims. At one point, he says:

Over half of transgender people are depressed, and nearly one third have attempted to kill themselves. That is a staggeringly high suicide rate, and according to the Williams Institute, the rate doesn’t go down after sex transition.

However, on the third page, the report contradicts Lockwood’s claim. It says that:

which is the exact opposite of what Lockwood asserted. Lockwood also claims that claim that:

“[In] Sweden alone, individuals who had received sex-reassignment surgery had a suicide rate twenty times greater than that of the general population, despite Sweden being the most LGBT-affirming nation in the world.”

The Swedish report Lockwood is referencing is titled “Long-Term Follow-Up of Transsexual [sic] Persons Undergoing Sex Reassignment Surgery: Cohort Study in Sweden.” Although this study did find substantially higher rates of overall mortality for trans people compared to the general population, it is not a study comparing those rates pre- and post-transition. In fact, the study’s own author, Dr. Cecilia Dhejne, has refuted this misinterpretation of her results, and the study itself explicitly says that “the results should not be interpreted such as sex reassignment per se increases morbidity and mortality.” That matters, because saying that transitioning increases suicide rates when it actually does the opposite is misleading and dangerous; it gives readers who may be considering transitioning the impression that it will hurt them, when it has actually proven to be helpful.

Next, Lockwood’s article cites a group called the “Youth Trans Critical Professionals” for his claim that “sex transition has…not been proven safe.” This group does not exist. There is a website with that domain name, but it is defunct and inaccessible. The Mercury told us that the group “has been cited in several peer-reviewed articles,” but we were unable to find any of these supposed articles, and The Mercury was unable to link us to them. We’re still not sure who the “Youth Trans Critical Professionals” are (The Mercury’s editors couldn’t tell us), the only reliable article we could find about them says that they are “two authors, a social worker and a professor, who never even identify themselves.”

Lockwood’s article also claims that cross-sex hormone treatments “arrest… bone growth,” among other scary sounding phrases. This is totally unsubstantiated. We looked through the study that The Mercury gave us to back up this claim, and it doesn’t draw any conclusions about “bone growth.” It does say that there is some evidence of “decreased bone mineral density after gonadectomy,” but to be clear, gonadectomy is the surgical removal of the testicles, and it is unrelated to cross-sex hormones. After that, Lockwood’s article claims that the same treatment will “likely prevent brain maturation,” but The Mercury’s source for this claim is scientifically unsound: it is a single case study of a single person who experienced a decrease in their operational memory after going on puberty blockers. The study concludes that this could be due to the puberty blockers, or the subject’s baseline low average cognition, but it’s essentially impossible to tell.

In a recent article titled “Why we publish what we do,” The Mercury’s editorial board claimed that “opinions that don’t reflect historical evidence” or have “established precedent in the research community” are rejected. It is clear that large parts of Lockwood’s article do not meet these standards. These inaccuracies matter, not only because of their falsehood, but more critically because there is a tragic and ongoing legacy of oppression of the trans community which The Mercury is reproducing. The Mercury does not exist in a vacuum; just last year, a man who worked on our campus was charged with murdering a transgender woman named Muhlaysia Booker, in part because she identified as trans. The trans community forms an important and visible part of UTD, and by publishing such disinformation, The Mercury, by publishing Lockwood’s article, has made UTD a more dangerous place for some of its most vulnerable students. Unsurprisingly, they did not talk to any trans people about the claims in the story before it went out, and they did not consult with any of the professionals at UTD who specialize in trans issues to fact check it. In fact, after the article was published, UTD’s own Gender Center rightfully pointed out that the article contains “harmful language, false information, and skewed data.” Spreading lies and misinformation about the trans experience not only produces violence against trans people, but also actively stigmatizes seeking treatment. That stigma prevents many trans people from getting the care they need.

This is not the first time that The Mercury has refused to correct a mistake in one of their pieces. Last year, they published a piece about an anti-abortion protest on campus titled “Speaking Out on Abortion,” in which they referred to the anti-abortion organization that planned the protest as “pro-life,” and the counter-protestors (who were pro-abortion rights) as “pro-choice.” That word choice contradicts The Mercury’s own style guide, the Associated Press (AP) Stylebook, which directs journalists to use “anti-abortion” instead of “pro-life,” and “pro-abortion rights” instead of “pro-choice.” This may seem like a nitpick, but it’s a matter of real importance to the people involved in the protest. When those students brought this up to The Mercury’s editorial staff, they could not explain why their article deviated from their style guide, yet they refused to correct it.

This time, The Mercury’s editors told us that they require opinion writers to “provide adequate sourcing,” and that opinions must be “backed with some sort of evidence or data.” They claimed that they “make sure…opinion pieces are fact-checked.” Evidently, that is false, because when we brought up the factual errors and sourcing issues, they did not acknowledge them. Rather, they claimed that they need to publish bigoted and erroneous articles because they “reflect the opinions of our campus.” Essentially, The Mercury’s editors conceive of their newspaper as nothing more than a reflection of what people on our campus believe—as a collection of differing viewpoints that are amoral in nature. This view of journalism obscures the role it plays in shaping the way we view the world and ourselves. By publishing “I Hate Me,” The Mercury, regardless of intention, sent a signal to trans people at UTD: ‘Your identity is not valid. In fact, it’s up for debate.’ What newspapers like The Mercury decide to publish shapes the narrative surrounding critical issues; by platforming Lockwood, The Mercury made ‘trans identity isn’t real’ a part of that narrative. Trans people already “face casual discrimination up to 60 times a day.” Those small acts of discrimination range from “deliberate exclusion and misgendering” to “being asked invasive questions,” and they exact a huge psychological toll on trans people’s everyday existence.

People read The Mercury because they expect the claims made in it to live up to journalistic standards. A Google search will turn up academic papers and articles that say that the earth is flat, that cigarettes don’t cause cancer, and that Fiona Apple didn’t release the best album of the past decade. But, we know all of these statements to be false. It’s The Mercury’s responsibility to sort through information, separate fact from fiction, and present it to students.The Mercury has passed off lies under the veneer of peer reviewed, rigorous fact. Those lies have real consequences that are reflected in the startlingly high rates of hate crimes and attacks against trans people in America, and the casual discrimination that trans people face every day. The Mercury should not be allowed to endanger the most vulnerable members of our community with misinformation . For all students, but primarily for our trans, nonbinary, and gender-nonconforming classmates, we need to hold The Mercury accountable.

See for yourself: we’ve published all communications with The Mercury that we quoted above in their entirety. Read them right here.

Losing at Words with Friends.

Failing to catch up on her Goodreads Reading Challenge and nurturing a boba tea addiction.

Losing at Words with Friends