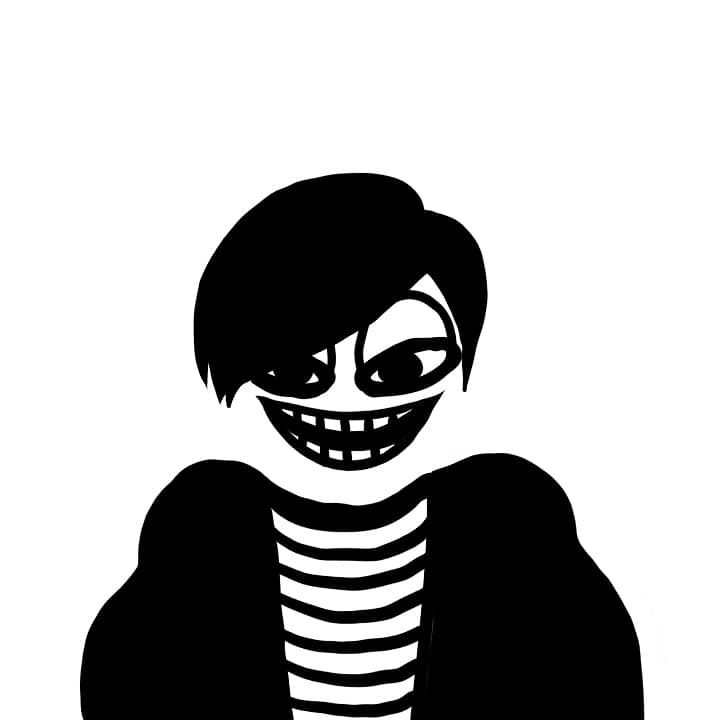 “Jesus would’ve been an emo.”

Netflix should’ve given this movie more of a trigger warning. When we realized the first musical number was about someone wanting to kill themselves, all of us at AMP simultaneously realized this was going to be a trip. Emo the Musical handles sensitive issues like suicide, mental health, and homosexuality with about as much care as Americans have given to the coronavirus pandemic. Given that this movie was released in 2016 — about 10 years too late to capitalize on the emo aesthetic — we weren’t really expecting much. However, a couple of us left pleasantly surprised.

The movie opens with our titular emo, Ethan, planning to kill himself at his old school. He is then promptly expelled and transferred to a new school, a school with truly the most bizarre cliques. The three ruling cliques are the Emos — yes, this school has actual emos — , the Christians, and the comedically nerdy bullies of the school, the Finance students. Because of an undisclosed incident with a former teacher that put the school in debt, the (as far as we know) one remaining teacher acts as essentially teaches every subject and is the only active administrator. Oh, did we also mention? The school is also sponsored by a pharmaceutical company that actively compels students to take ‘serotonin boosters’ or risk expulsion for not being happy enough.

Desperately wanting in with the emos at the school, Ethan uses his botched suicide attempt to curry favor with them, but unexpectedly starts to develop feelings for a cute but dogmatic girl in the Christian clique, Trinity, who shares his secret love of folk music. The Christian “Hope Group” and the Emo “Worst Day Ever” are at odds with each other as they fight to win the “Battle of the Bands” competition later in the year, and they are constantly finding new ways to screw with each other, including some light arson and homophobia. (‘Light’ being the keyword only if you consider burning a crucifix and outing a closeted gay kid to have him sent to conversion therapy ‘light.’)

As these things are happening, Ethan and Trinity grow closer and sing a lot about consent, even though Ethan is an atheist and Trinity tries to nonconsensually baptize him on multiple occasions. It is revealed in one of their private conversations that Ethan actually never went through with his suicide attempt, and was berated by his old school for failing to do it six times. After Ethan gets into several fights with Trinity and his emo friends find the Bible that Trinity gave him, he makes the difficult decision to burn her bible and then break up with her using the burnt ashes of said bible.

After that, a whole shitshow occurs. The leader of the Christians promptly puts up posters all over the school detailing how Ethan never actually hung himself, ruining Worst Day Ever’s clout just before the big competition. The Emos retaliate by smashing and burning the Hope Group’s instruments, which results in one of the Emos accidentally stabbing himself in the thigh and the Christian room’s crucifix getting set on fire. The school tries to quash the incident by banning all pessimistic and morbid self-expression, preventing the Emos from performing their own music at the Battle of the Bands while the Hope Group thrives with new instruments.The whole burnt crucifix thing drives Ethan to discover that he doesn’t want to be an emo anymore, so he throws out all his emo things, quits the band, and goes back to being a normie.

After that day, Ethan decides to join the Christian Hope Group at the Battle of the Bands, and even gets consensually baptized by the Emergency Baptism Mobile. Trinity decides to break her good Christian girl image and wears a shirt with a sexy Saint Sebastian on it. The Hope Group does really well and the crowd loves them! Once it’s time for Worst Day Ever to play, the leader of the Christians reveals the efforts of his scheming and the Emos get exposed as the ones who burnt the crucifix, forcing the sole teacher to have them expelled and prevented from performing. In desperation, the leader of the Emos whips out a knife and threatens to murder the leader of the Christians. Ethan is fortunately able to talk him down, and the Christians and the Emos all play a collaborative song together; however, they still lose the competition, and the leader of the Emos is rightfully arrested with criminal charges. Everyone else has a happy ending, and we get a brief scene of the closeted kid in conversion therapy being broken out by his love interest.

As we said before, this movie is majorly insensitive to almost every sensitive issue you could think of. That being said, it really isn’t a bad movie. It knew what it was doing, and it was surprisingly competent with a lot of its jokes. We really didn’t hate it as much as a lot of the other movies we’ve watched for AMP Watches. And while we do think this isn’t a terrible movie, we only recommend it if you take the time to properly prepare yourself for how bluntly and insensitively it presents potentially triggering issues.

All in all, this movie’s only truly memorable moment is when Trinity sings about how Jesus would have been an emo. Emo the Musical is pretty forgettable, otherwise.