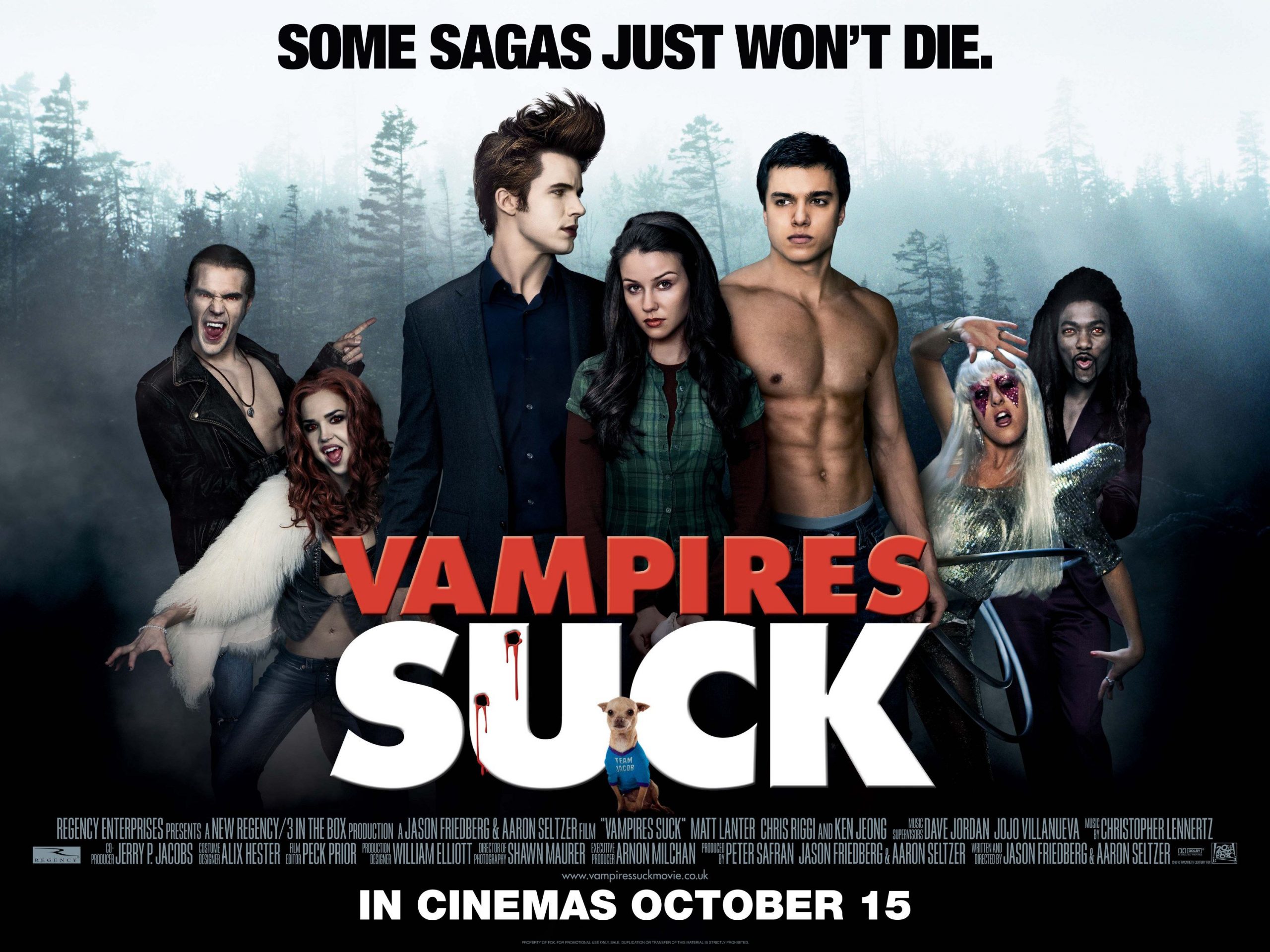 We at AMP were feeling a little nostalgic this month and wanted to travel all the way back to 2010–the height of Twilight fever–to watch Vampires Suck, a film parodying the Twilight Series. We’ll start by saying this film is not good, something readers may be familiar with at this point. However, it was extremely entertaining. Vampires Suck was made in the same vein of films that parodied mainstream trends in film, like Scary Movie and Disaster Movie. These movies are made purposefully bad and stupid for the sake of comedy. Are we saying that Vampires Suck is as good as Scary Movie? No, not by a long shot. Still, it was an hour and a half of good dumb fun that you can turn your brain off to.

The film follows Becca Crane as she moves to a new town after her mother abandons her for Tiger Woods. She then meets Edward Sullen and his pseudo-incestuous siblings. They fall in love and basically follow the same plot of the Twilight books/movies up until Breaking Dawn, which hadn’t been released at this point. There isn’t much point in delving into the plot, as the plot of Twilight has become almost common knowledge even to those who haven’t invested time into the series.

What we loved about Vampires Suck was that everyone was in on the joke. What makes many of the bad movies we watch so bad is that for the majority of the actors in these bad films, they really think they are making the next big blockbuster, or that they are definitely going to get awards for this one. This isn’t the case in Vampires Suck; absolutely no one thinks that they’re going to be the next Meryl Streep by being in a parody movie. Vampires Suck was dumb and that’s what made it so great. Everyone played their part to perfection, and though the film covered at least 3 of the books/movies, it never really seemed to drag too long. The comedy skills of the actors and writers really helped keep the viewer engaged and laughing along with the stupidity happening on screen.

All this is to say that while Vampires Suck can very well be categorized as a bad movie — sporting a laudable 4% on Rotten Tomatoes — it is still a thoroughly enjoyable movie to watch. And right now we think that everyone could use just a little bit of good ol’ dumb fun.