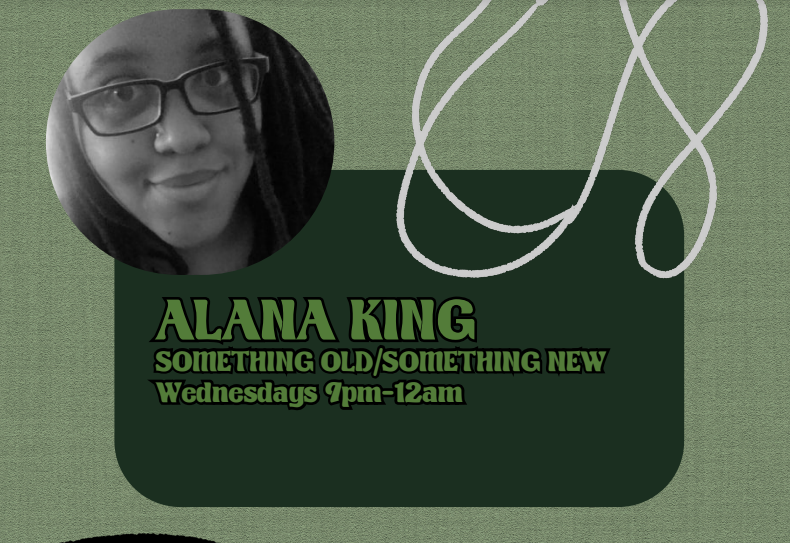 Name of Show: something old/something new

How would you describe your show to someone who has never listened?

For the first talking break of each hour, I always say that something old/something new is an eclectic mix of recent releases and blasts from the past. I keep myself honest with this by trying my best to have something for everyone who may be listening to enjoy.

How do you decide what the songs you’re going to play for each show?

When I go to plan a show, my two goals are to have songs from at least five genres and from at least five decades. Other than that, it depends on the week. Some weeks, I know exactly what I want to play for one reason or another. For example, for my 2/24 show (Spotify), I did a themed show by showcasing Black artists to commemorate the last full week of Black History Month. Other weeks, I just kind of go with the flow.

What’s the idea behind the name of your show?

I just wanted to name my show something that conveyed the fact that I play older songs and newer songs. something old/something new was the first name that came to mind, and I ran with it.

What are some of the influences for the music that you choose?

I would say my goals to have a mix of genres and decades go back to growing up listening to music and watching music videos. I’m aging myself here but in their heyday, MTV and VH1 both offered videos and programs showcasing a diverse array of music and so did local radio stations back when there was still a bit more control in terms of the music they could play. I would spend hours watching and listening not only to see/hear my favorites/be introduced to new favorites but also to study the hosts because I’ve wanted to be a DJ (in addition to other things) since I was a little kid. So I would watch the VJs, listen to the DJs, and try to learn how to do what they were doing just in case I ever got the chance to do it myself one day.

How would you say that your music taste evolved over time?

I think my music taste has evolved over time by expanding. At first, I would find out who artists I liked were inspired by, would find and listen to them, and go as far back as I could by doing that. This helped introduce me to a lot of older artists and groups. As a part of Radio UTD, I’m introduced to several new-to-me artists and groups every week, which helps me keep up with who’s making music now. That and being intentional about not just listening to the same people over and over again have helped me continue to expand and evolve.
Are there any particular artists, songs, or albums you’ve been enjoying recently and that you’d like to recommend? Digging the newest Ani DiFranco album, Revolutionary Love. I grew up listening to her, and I’m happy to see that she’s still going strong and happy for the chance to introduce her to listeners who may not be familiar with her.