Nothing Can Save Dear Evan Hansen From Itself

Nothing Can Save Dear Evan Hansen From Itself 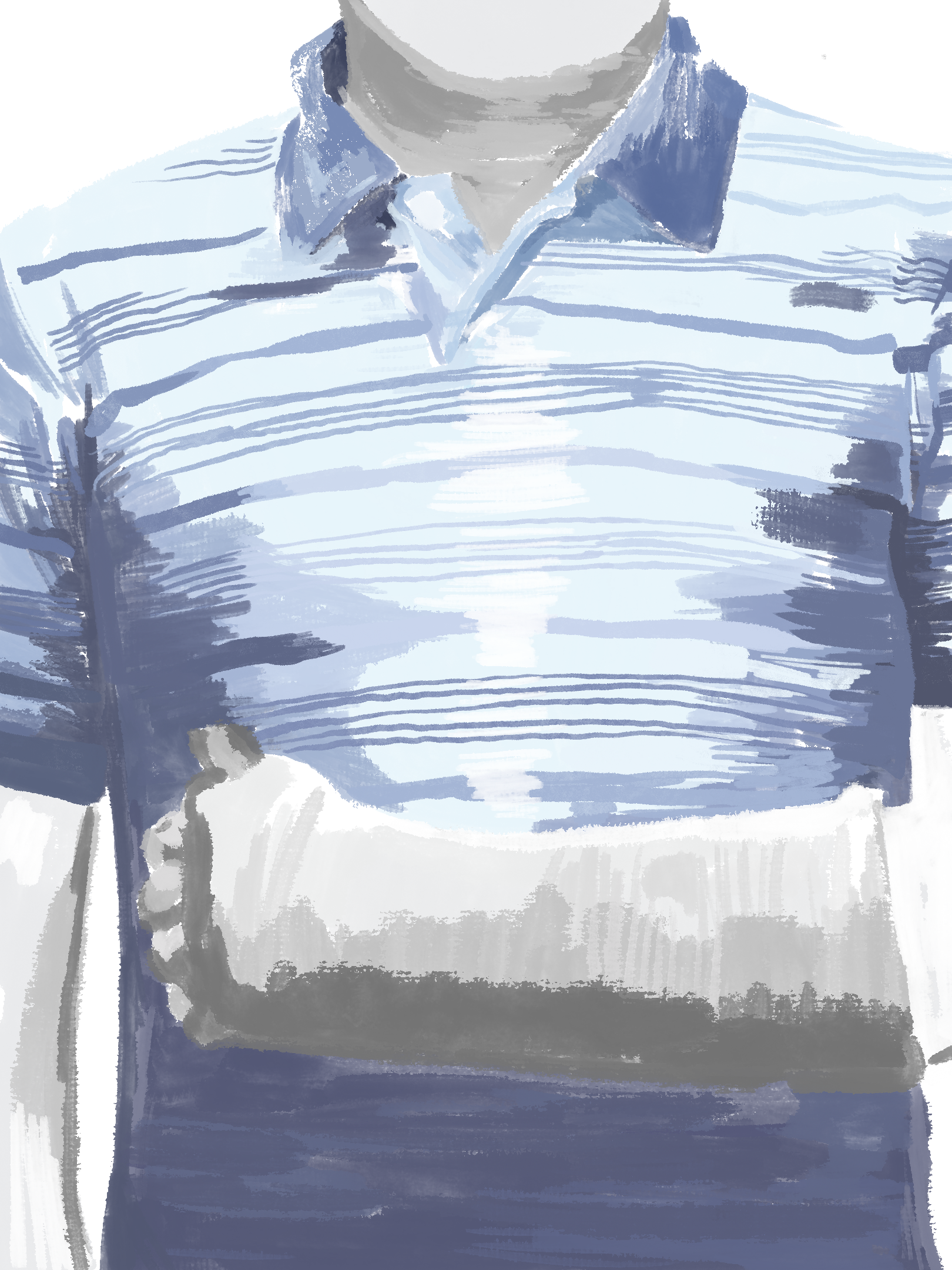 When the musical Dear Evan Hansen first opened on Broadway five years ago, it was met with widespread critical acclaim. Fans called its portrayal of themes like mental illness and teen suicide “groundbreaking.” Critics called the lyrics “heartfelt” and the score “emotionally resonant.” The show swept the 71st Tony Awards with six wins, including Best Musical, Best Original Score, and Best Actor in a Leading Role in a Musical.

So it wasn’t a big surprise when a movie adaptation was announced in 2018, when film studios were desperately trying to cash in on the sudden post-Hamilton Broadway boom. There was some questioning about twenty-seven-year-old Ben Platt reprising his lead role as a high school student, but the film’s executives swore up and down that Platt’s original performance and understanding of the character made it impossible to cast anyone else — also not surprising, seeing as one of those executives was his father, producer Marc Platt.

What was surprising was when the movie premiered at the Toronto International Film Festival on September 9, 2021, and viewers instantly hated it. Everything from the acting to the music to the terrible, terrible writing was met with heavy criticism. In fact, Dear Evan Hansen (2021) managed to be so awkward, fumbling, and boring that it got thousands of confused Twitter users asking the same question I’ve been asking for years: “Why do people think this musical is so good?”

A quick summary of Dear Evan Hansen: Socially anxious teen Evan Hansen gets caught up in a misunderstanding that leads the parents of a suicide victim to thinking he was close friends with their dead son. Because he enjoys the attention of the wealthy parents and has a crush on their daughter, he starts crafting an increasingly elaborate lie about his ‘friendship’ with the victim. Eventually, the lie is revealed, but Evan gets off scot-free because his manipulating a grieving family for personal gain actually helped a lot of people. Somehow.

The show seems fairly average at first glance, featuring a generic pop-rock score and some cliche “teens are sad, suicide is bad” messaging. But the longer you pick at it, the more the plot, characters, and themes fall apart. In the end, all that’s left is a production that strangely imitates the behavior of its protagonist. It uses the virality of teen mental illness to gain popularity, but doesn’t contribute any sort of meaningful insight on the topic. The film adaptation only puts a spotlight on all the flaws Broadway audiences couldn’t see from their back-row seats. Unfortunately, this movie was always destined to fail, because Dear Evan Hansen has never been good.

Turning a stage musical into a movie presents a unique set of challenges. Typically at least half an hour of material has to be cut, which can be difficult for a plot-heavy musical like Les Misérables. Songs also have to be staged in new and interesting ways, since just standing still and singing is much more impressive in real life than it is on screen. In the Heights (2021) attempted to deal with this by sprinkling CGI into several musical numbers, but it often ends up feeling awkward and out of place. Cats (2018) pulled an even more extreme version of this, where they replaced literally everything with uncanny valley motion-capture animation, and it obviously failed spectacularly.

But if nothing else, Cats (2018) definitely isn’t boring, which is more than I can say for Dear Evan Hansen. Clocking in at only thirteen minutes shorter than the original two-and-a-half-hour musical, the movie drags on at a snail’s pace. Director Stephen Chbosky described the movie as “a drama with songs,” which I found to be unfortunately accurate. I sincerely wish that it had been a drama without songs.

Steven Sondheim once said, “You’ll sit still for a three-minute song in a theater. But in movies, a glance from someone’s eyes will tell you the whole story in a few seconds.” It seems unlikely that anyone involved in this production has ever heard of this idea, because every song in this movie could be replaced with three or four lines of dialogue and absolutely nothing would be lost. Most of the musical numbers are just Evan sitting around and singing extremely repetitive lyrics at people who just talk back to him as if they’re holding a normal conversation. In fact, the rest of the cast doesn’t even seem to realize this is a musical most of the time. A full half-hour passes before anyone other than Ben Platt sings a single note.

This is not an accident. The musical’s original opening song was a group number, but Chbosky explained in interviews that they wanted to emphasize Evan’s story specifically, so they cut that song in favor of another solo for Ben Platt. In fact, most of the changes made between the stage and movie versions only serve the purpose of making Evan Hansen seem more sympathetic. They cut songs criticizing his actions, reframe plotlines to make him seem like more of a victim of circumstance, and minimize the plotlines of characters that his actions affect. But instead of making Evan’s actions more understandable, all this does is eliminate the handful of interesting plotlines in the show.

Only a day after Dear Evan Hansen’s disastrous film festival debut, another musical movie entered the public eye. Come From Away, another show that had been eligible for Best Musical at the 2017 Tonys, premiered on Apple TV+ to universal acclaim. Like the version of Hamilton released on Disney+ last year, the Come From Away film was a “pro-shot,” a taping of a live performance of a musical. This style of filming is ideal for shows like Come From Away and Hamilton, which don’t translate well to film because of their reliance elements specific to live performance.

Come From Away is a fast-paced musical about a small town in Canada where dozens of planes were forced to land following the closing of US airspace on September 11, 2001. It features an ensemble cast of twelve actors, each of whom plays at least 3 distinct characters in the show. The actors are each skilled enough that the audience can instantly tell when they’ve changed characters, although the “costume changes” are always as simple as putting on a jacket or hat. The minimal set of assorted tables and chairs is moved and rearranged by the cast as the show goes on, each scene change being completely seamless.

When adapting any kind of media to a different medium, the most important thing to do is to figure out what people liked about the original, and how to translate that. Come From Away wouldn’t be the same without their cast of chameleon actors, so a pro-shot works better than a full film adaptation. Cats is known for its over-the-top costumes and dance numbers, so full motion-capture removes most of the magic.

One example of a musical that actually works better as a movie is Mamma Mia! The musical is set on an island off the coast of Greece, and the movie takes full advantage of its setting to film vibrant and fun musical numbers on beaches, boats, and throughout the seaside town. And unlike more plot-heavy musicals, Mamma Mia! actually benefits from being cut down by an hour. Being a jukebox musical, the primary goal of the original show was to shoehorn in as many ABBA hits as possible. Cutting out all the songs that aren’t relevant to the plot (or at the very least, really funny) vastly improves the movie. Most importantly, the movie preserved the things people loved about the stage production: A sense of humor, and an unabashed love for ABBA.

Then there are shows like Natasha, Pierre, & the Great Comet of 1812, which focus specifically on providing an immersive and unique live experience. This musical, which hit Broadway the same season as Come From Away and Dear Evan Hansen, has been described as an “electro-pop opera” with Russian folk, indie rock, classical, and EDM influences. Instead of having a normal orchestra confined to a pit below the stage, most of the musicians are also main cast and ensemble members, who play instruments as they dance and sing around the stage and audience, creating a unique musical experience for each audience member. Between its onstage seating, audience interaction, and dynamic orchestrations, it’s hard to imagine how a movie version could be able to capture what makes the show special to watch live.

But where Great Comet does too much to be captured completely on film, Dear Evan Hansen does far too little. A pro-shot of its original Broadway cast exists, but it can only be accessed through the New York Public Library’s Theatre on Film and Tape Archive by “qualified theatre professionals and researchers.” I’m not mourning the lack of public access to the pro shot, because although the film somehow managed to do the impossible by making the story even worse, nothing the filmmakers could have done would have saved Dear Evan Hansen from its greatest sin: mediocrity.

With a “certified rotten” critic score from Rotten Tomatoes, Dear Evan Hansen is finally getting all the hate I wished upon it during the 2017 Broadway award season. Like many other musical theater fans that year, I couldn’t figure out why this run-of-the-mill musical was racking up awards when shows like Come From Away and Natasha, Pierre, & the Great Comet of 1812 were also eligible. I understood even less after listening through the soundtrack, which didn’t stand out to me as particularly remarkable in any way. As Tumblr user caroleecarmellow puts it, Dear Evan Hansen is “the Joe Biden of musical theater.” It pushes no boundaries, takes no risks, and offers nothing new.

Musically, the show contains nothing original, or even very well-executed. The music of Dear Evan Hansen was written and composed by Benj Pasek and Justin Paul, the songwriting duo behind such hits as La La Land, The Greatest Showman, and That One New Song In The Live-Action Aladdin Remake. As Jenny Nicholson points out in “A needlessly thorough roast of Dear Evan Hansen (2021)”, the song “You Will Be Found” actually sounds nearly exactly the same as “This Is Me” from The Greatest Showman. The rest of the songs aren’t much better, sounding similar enough to all blend together.

Thematically, even if we pretend the musical was 100% unproblematic, it still wasn’t doing anything that hadn’t been done before. Dear Evan Hansen was hardly the first musical to ever discuss teen suicide or the stigma surrounding mental illness. In fact, many of the same themes are present and executed better in Next to Normal, a musical that premiered in 2008. It seems that the only reason it won awards in the first place was that it marketed itself as a musical about the hot button topic of teen mental illness, despite not actually having anything to say about teen mental illness.

From start to finish, the stage production of Dear Evan Hansen was an exercise in mediocrity. That’s the root of the problem here. Even if the film had been a well-executed adaptation and fixed every problematic plothole in the original story, it still wouldn’t have changed the fact that there is nothing interesting about it. Much like the titular protagonist, Dear Evan Hansen can’t be saved from itself.