Visual Novels: A Set of 2D Romances for You to Get to Choose and Play Through

Visual Novels: A Set of 2D Romances for You to Get to Choose and Play Through 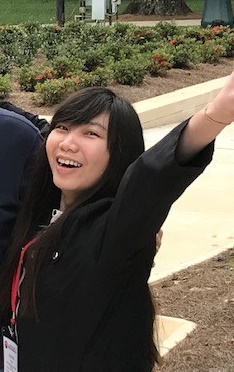 Did you know the world of 2D characters is ready for you to jump into and explore multiple characters to fall in love with? Well, keep an eye out because the visual novel is ready for you to choose your own romance. That’s right, YOU get to fall in love with someone in a fictional world. To start off, a visual novel is a type of game where the player reads (or plays) through a narrative and the main character(s) meets a set of characters in an introduction to the world it is set in. Generally, this is a prologue the main character must complete before they get to make a choice or set of choices that will lead to them engaging in any route they choose. Most visual novels were created in Japan, but some have expanded to non-Japanese markets.

A note to keep in mind is that you do not have to be an anime and manga fan to play a visual novel. Though visual novels usually have character designs and sprites as manga and anime-like, you still get to enjoy the stories and individual character routes. At any rate, you are likely to find the artwork cute or cool, depending on the characters’ artists. There will be some visual novels where the characters are drawn by a single artist/illustrator or multiple artists who have collaborated on creating a visual novel’s set of characters.

There will even be visual novels that might not show the protagonist’s physical appearance or will hide their facial features, which makes it awkward and creepy when CGs take over your screen with them not having their eyes and/or mouth on their face! Not all visual novels are centered around romance, but romance is still a splendid genre in the visual novel world! Depending on the company’s budget and preference, the characters may have voice acting. Most of the ones that include voice acting will usually exclude a voice for the protagonist and/or some sub characters.

For visual novels centered on the main character’s chance at experiencing a love life of their own, there are a few categories to go through. These categories are known as bishoujo/gal games, otome games, yaoi AKA boys’ love, and yuri. The first two categories have heterosexual content while the third and fourth ones are tagged as LGBTQ+. Some of the examples listed below are available for Steam, the publisher’s website, or through the App Store for IOS or Google Play for Android devices. Some companies may also have or announce console versions.

The intended audience is for male players. You play as a male protagonist who ends up experiencing feelings of love for any of the girls in the game.

This one is a fairly common one to play. If My Heart Had Wings has become what’s known as an All Ages game; but before MoeNovel, the developer, publisher, and translator had censored the erotic scenes for the English release. There is also an IOS version, and those who have played this visual novel have ranked it as the best visual novel they’ve ever played. Although MoeNovel’s translation is cringy, I didn’t care enough to install the retranslation patch that’s recommended. (I don’t mind slightly cringy translations as long as they’re not over the top, but some might mind it.)

If My Heart Had Wings gives Aoi Minase a new chance at hope after his bike racing dream ends when he returns to his hometown and he sees something new about it. There are now windmills around, something Aoi is entranced by before a paper airplane flies around. By catching the paper plane, Aoi meets a girl named Kotori Habane. Kotori is in a wheelchair, and as Aoi meets the other characters in town, they help to bring the Soaring Club at school back. Combined with the efforts of Aoi’s childhood friend, Ageha, they’re not so far from rekindling the Soaring Club’s glory while the members create some memories together. You’ll be just as entranced as Aoi is by the animation of the scenery, I know I was!

Localized by NekoNyan, Hello, Goodbye was originally developed by Lump of Sugar. In Hello, Goodbye, you play as a young soldier who gets assigned the name “Kaito Toubu” and he travels to the District of Morina. Kaito transfers in as a high school student and meets four girls in the prologue before disaster strikes, and time rewinds or loops. The prologue pushes Kaito to regain his memories and start again by traveling back to Morino. With a small number of choices in Hello, Goodbye, the visual novel is the shortest one translated by NekoNyan. While it is underrated, the story’s military involvement is one of the visual novels you’ll certainly enjoy playing, and the original soundtrack is worth the money you pay. NekoNyan’s translation is high tier as they’ve been flourishing in bringing more visual novels over, so they’re reeling in translations that aren’t cringy to read when you play a visual novel.

Otome Games: The opposite of bishoujo/gal games, otome games are intended for female players.

Available on Steam as a free-to-play otome game that was published by Dicesuki, Cinderella Phenomenon is about the Crown Princes of Angielle, Lucette. At the beginning of the game, Lucette is too haughty and ill-tempered towards everyone else around her, especially towards her father and step-family. One day, she gets cursed by a witch with the Fairytale Curse and goes from royalty to a pauper, having to beg for money and food, as well as having no means of returning home to her castle. The villagers aren’t fond of her, but when she tells everyone her identity as the Crown Princess, they deny it because the only princess they know of is her step-sister! No one will remember who Lucette is, unless she breaks her Fairytale Curse with the help of a male partner. Since Lucette’s goal is to break her curse, she is required to learn to do good deeds and potentially change her attitude.

A few years ago, Voltage Inc., also known as Otome Romance, had several of their localized mobile apps as standalone games that players would download from the App Store or Google Play Store. However, with maintaining the costs of paying for individual apps, along with separate storage systems and updates to do, Voltage needed to find a way to maintain a better server and move their standalones into one app known as Love 365 for the non-Japanese market.

The first standalones that were localized were Pirates in Love, Love Letter from Thief X, Be My Princess, and more. As additional standalones were translated from Japanese to English, the company’s staff members understood their business and needed better organization, and so Love 365 brings over 40-50 translated apps, with more arriving. Love 365 is currently only downloadable in the App Store and Google Play. The prologue for each app is free to read, but Voltage was kind enough to let players read the first few chapters of the main stories and sub stories for free. If you’re interested in buying the individual character routes in any of the Love 365 apps, you have the option of buying different amounts of coins at the top. Then, you’re free to purchase as many stories within your coin budget!

Some of the apps have been released for Nintendo Switch ports with a limited number of characters included in the ported games. If you follow their official YouTube channel, Voltage will post both the Japanese and English PVs for their upcoming games and Switch ports.

Yaoi/Boys’ Love: A homoerotic type of visual novel where male characters fall in love with one another. Abbreviated as BL, these games are popular with female audiences.

JAST USA brings retro visual novels to the west, including this popular game by Nitro+CHiRAL. If you’re into techno music and player battles, you might find DRAMAtical Murder a high priority for your wish list. The main character is Aoba, a youth who explores the world full of junk shops on the island of Midorijima. Aoba must engage and fight in different virtual reality battles to save the future of Japan. Another plus if you like a futuristic story, but depending on whether you like the pacing of the writing and the romance, this might be a hit or miss with some players. I would say that players will still find the complexity of each character to be something that pulls you in.

Yuri: The term yuri in Japanese translates to lily, a flower which symbolizes purity and innocence. In yuri games, female characters fall in love with each other and form close bonds.

Currently available on MangaGamer’s website, this is an All Ages visual novel produced by a company called Particle. The character designs are by Sakura Miwabe and they are all BEYOND cute. It’s not on Steam or for mobile gaming platforms, but each episode is special since they’re arranged in a calendar format on screen when you play. A cool note that MangaGamer has introduced for the story is how all the characters could be a protagonist! As you progress through Lilycle Rainbow Stage!!!, you get to see a great character-heavy plotline.

Ex. 2: The Shadows of Pygmalion

Max is the type of guy who’s chill and can party as much as he wants to. Anne is a timid girl, an A plus type of student, and a bookworm. As they go onto college for the first time and move into the dorms, they meet some fun roommates and an RA who’s not too pleased to have a fun house. While you’re on your way to woo any of the love interests that Max or Anne can choose from, you’ll get to see a love meter when you make a choice and see if the answers you pick raise or lower your chances of getting closer to the characters.

Another aspect of Roommates is that you have tasks you can choose Max or Anne to do each day, which increases certain stats for things like studying, partying, sleeping, and more. The tricky thing is that if you want to fully pursue a relationship with any of the love interests that Max or Anne can court, you need to balance out those tasks that you’re picking, so this can be considered a strategic dating sim. A bit challenging, but if you like putting effort into raising stats and earning your ending, go for Roommates. It’s ready for you on Steam and for mobile gaming, if you prefer to use a phone or a tablet to play.

So, are any of you ready to choose your own romance? With visual novels, you’re likely to choose who you’d like to make the main character fall in love with. Having multiple characters to choose your path of romance means you have different endings to a visual novel. When you’re prompted to pick a choice during a character’s route, you’re also given a chance to save in most visual novels before you decide to pick something. If you can’t save, don’t worry. Just replay the character’s route and you’ll see how the dialogue turns out.