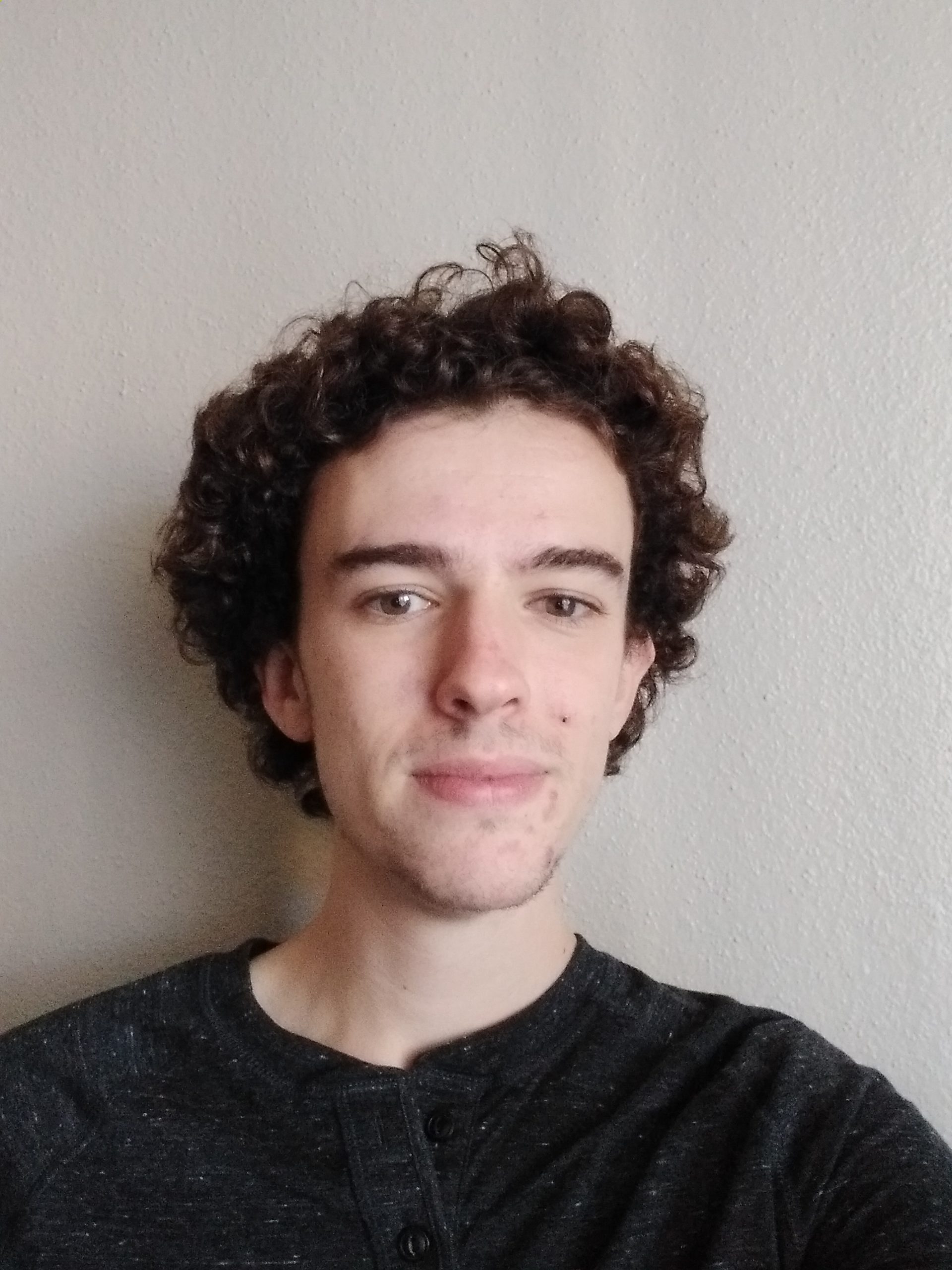 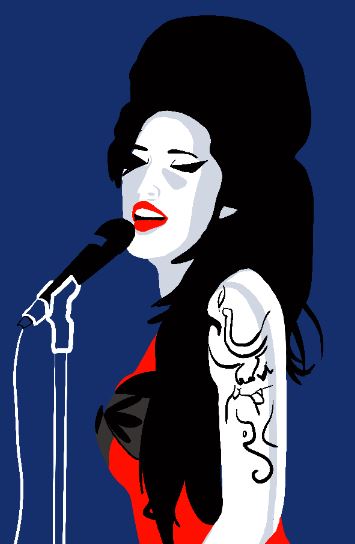 In the fall of 2021, I was shocked to see a magazine commemorating the ten year anniversary of Amy Winehouse’s death. I read through it in only an hour and was thoroughly disturbed: like the many exploitative pieces of journalism that have been done on Winehouse’s life, it advertised an in-depth look at “the stories behind her greatest hits” and her “tragic last days.” Though this magazine promised a holistic view, like many others, it ignored the root of Amy’s issues: her struggle with Borderline Personality Disorder.

According to the Times UK, “doctors believe she was struggling with borderline personality disorder (BPD), a serious mental illness associated with intense inner pain, mood swings and addiction.” Looking at Amy’s behavior, all the signs are there as outlined by the DSM. Winehouse was known to have anger issues, having been charged with assault multiple times. She had intense, unstable relationships — like her toxic bond with Blake Fielder-Civil — often in the public eye. Amy had large mood swings — sometimes calling herself “manic-depressive” — a pattern of behavior sometimes seen in TV appearances. She regularly engaged in self-destructive behavior, developing bulimia at a young age and then going on to abuse alcohol and many hard drugs. Amy was also known to self-harm by both hitting and cutting herself. Finally, I will argue that her song “Back to Black” is an immortalization of the feeling of emptiness that so distinctly characterizes borderline personality disorder.

Nowhere is the psychology of BPD clearer than the song that immortalized its essence: “Back to Black”. “Back to Black” — the titular track of Amy’s hit album — was written after Amy’s breakup with Blake Fielder-Civil and partially inspired by melancholic love songs written by girl groups of the Motown era. In fact, the opening piano chords are an imitation of the song “Baby Love” by the Supremes. Its iconic black and white music video features a funeral procession ending in the burial of Winehouse’s heart. The first time I ever heard the opening chords, I recognized in them a painful yearning that was all too familiar — just like many of Amy’s fans.

Many find “Back to Black” a comfort, an assurance that others have felt the same pain that they have. Generally, people relate the song to their own experiences within the context of either substance abuse, a bad breakup, the angst of young adulthood, or the emptiness following grief. However, this interpretation misses a crucial point: that Amy’s specific pathology was a heightened version of all of these issues combined. Obviously, like most traits of human personality, borderline traits exist on a spectrum — that is why the average person can relate to “Back to Black.” However, the song is so much more. Yes, it’s about heartbreak, it’s about a toxic relationship, it’s about addiction, it’s about pain, but all on a level too extreme for a neurotypical person to understand.

One of the central issues of BPD — to which many of the other symptoms are connected — is a pervasive lack of sense of self and a subjective experience of emptiness. This emptiness is primarily an issue of how one relates to the world in absence of an identity: studies have found that it represents a “feeling of disconnection with self and others and [results] in feelings of unfulfillment and purposelessness.” Again, the message of “Back to Black” is so widely appreciated on an emotional level because, most likely, everyone has experienced this feeling of emptiness at some points in their lives. Whether it’s after losing a job, or after a breakup, or after a death, we all experience periods of loss where we are forced to — painfully — recontextualize who we are as a person. However, most people will recover and redefine themselves. When you have BPD, emptiness is not an exception to who you are. It is a baseline emotional state; you are always empty. There’s a hole at the center of your heart that can never be filled — just as the music video features a funeral for Amy’s heart, it is a permanent grief for the person you never were. That is the soul of “Back to Black.” A whole lifetime of loss — unless you get treatment.

Borderline personality disorder has a clear path of treatment — a type of psychotherapy called Dialectical Behavioral Therapy (DBT). Some studies have found that it has as much as a 77% rate for remission of symptoms. One might ask, then, why is it even an issue — why do people not get treatment? In Amy’s case, there were probably a variety of factors at play. One of the reasons Amy’s diagnosis was not widely publicized is that Amy herself didn’t want to accept the label. This would come to destroy her, as it stopped her from getting the help she needed. Substance abuse and eating disorders are often a way of escaping uncomfortable emotions, which is most likely the source of a lot of Amy’s troubles with “Rehab.” You cannot solve a symptom without addressing the underlying cause — and so, Amy jumped from bulimia to alcoholism to harder drugs back to alcoholism, but never resolved her underlying issues. Though she was clean from heroin, that final binge of liquor would prove her last.

It should be said that a large part of the dearth of treatment is linked to lack of awareness. Even though BPD affects (it is estimated) between 1 and 2% of the United States, hardly anyone seems to know what it is — just look at Amy’s situation. Armchair psychologists have diagnosed her with every possible mental illness except for the one that actually explains most of her unhealthy behaviors. What little people do know about BPD is highly inaccurate and stigmatized — even among mental health professionals! What’s more, even though the primary and most effective treatment for BPD is psychotherapy, and even though the FDA does not recommend a single medication for BPD, psychiatrists are all too eager to throw any pill they can at their more “troublesome” patients.

Furthermore, related to this lack of awareness is a lack of accessibility to treatment. DBT is not available in every area, and it takes a lot of work, self-reflection, and agency on the part of the patient. The path to DBT is further constrained by myths about treatment — the foremost that people with BPD can never recover. This is patently false. Many other stigmas result from the fact that those with BPD engage in socially taboo behaviors. For example, it’s often thought that self-harm or suicide attempts are a plea for attention. 90% of the time, this is simply not true. People with BPD do not cut themselves to manipulate others. They do it to escape intense emotional pain — the branding iron that is pressed against their amygdala every second of every day.

Why exactly did Amy Winehouse not want to accept her diagnosis? I can’t say for certain, and I don’t want to put words in her mouth any more than the thousands of exploitative journalists who have already prodded their way into her story. However, as someone who has been in many of the same places emotionally, I can offer ideas — themes that are embedded in “Back to Black.” What many people don’t understand about borderline emptiness is that while it is extremely painful, there’s also something gratifying about it that is difficult to articulate. Studies have described it as a “low positive affect which creates significant distress rather than intense negative affect.” What is familiar is comforting, and self-destruction can easily become a comfort. Just like Amy’s vocals in “Back to Black,” it’s gritty, it’s sumptuous, and most of all, it’s bittersweet.

There is also a certain pride to holding your “head high” and surviving the pain. It’s a feeling that’s clear in the chorus as Amy’s voice rises above the band like an angel and proclaims casually that she’s “died a hundred times.” This is accompanied in the music video by an eerie half-smile. There’s an intense, almost orgasmic relief in escaping the pain, if only for a second. Why else would someone pursue substances literally into their deathbed?

However, substance abuse is never a one and done. If you drink to escape feelings of guilt, then you upset the people around you, which makes you feel guilty for upsetting them, which makes you want to drink, which makes you feel more guilty…it’s a vicious cycle not unlike the highs and lows that some people with BPD experience in relationships. Similarly, throughout “Back to Black,” Amy uses drugs as an allegory for her toxic relationship with Blake Fielder-Civil. For example, she associates Blake with cocaine — sharp and emotionless — and herself with marijuana — a more sensual, loving high. “It’s not enough / you love blow and I love puff.” The narrative of the album makes it clear that Amy was desperate for a kind of love that Blake could not provide. Finally, Amy completes this metaphor with what I consider one of the song’s most iconic lines: she says that “life is like a pipe” and she’s “a tiny penny rolling up the walls inside.” Instantly claustrophobic, this image perfectly describes the toxic cycles of pain brought on by BPD.

There are many interpretations of the meaning of the darkness that Amy refers to throughout the album. Some have associated it with black tar heroin, alcohol, or the rather blah cop-out of “depression.” I hate that word. It is impossible to sum up the technicolor dream coat of emotion that a person with BPD feels after a breakup in such a basic label. Since people with BPD often lack a sense of self, they sometimes attach themselves to others in order to fill that hole — for Amy, that person was Blake. However, once separated, a million suns go dark. To me, going “Back to Black” represents a return to any one of many self-numbing behaviors meant to escape the heart wrenching pain of losing one’s anchor. It’s hard to constrain that darkness to just one vice. People with BPD have been known to drink, to use hard drugs, to have reckless, promiscuous sex, and to cut or burn themselves. The darkness is not the drink — it’s the feelings you drink to forget.

While BPD can lead a person to darkness, it’s not all bad. The rest of the album Back to Black outlines some of the good. People with BPD may experience intense lows, but they can also experience intense highs, a level of happiness some couldn’t even conceive of. What’s more, people with BPD are naturally (somewhat pathologically) intensely empathetic. Amy professes to Blake — “I love you much” — and it’s a known fact that people with BPD love big. Where else could this ocean of pain come from? Amy loved others on a level to which they could never measure up. Hopefully, her death will not be in vain. We as a public must be more aware and more understanding of this incredibly painful yet treatable illness. It’s estimated that 10% of those with BPD die of suicide. How many more deaths will it take?

Jack was born in Cleveland, Ohio and dearly misses cloudy skies. Texas is too sunny.