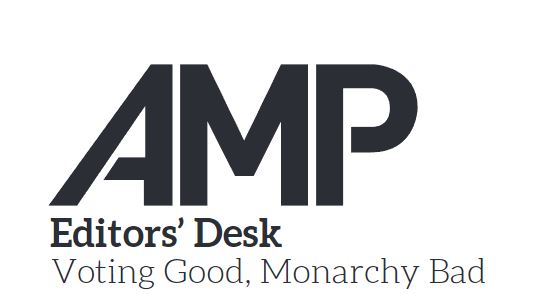 Happy Halloween, Comets! We’re almost halfway through the semester and some spooky things have been happening. Firstly, the British monarchy had a huge change in leadership with Queen Elizabeth dying and her son King Charles III taking her place. Many have taken this time to express their thoughts on the unsavory history of Britain’s royal family, particularly with colonization and imperialism. Even we here at AMP have our own questions. Now that the Queen has passed, can Britain finally return the extremely rare jewels they stole from various parts of the world to make the Queen’s outfit shiny? Starting with the priceless Koh-I-Noor diamond stolen from India during the period England colonized, persecuted, exploited, and committed other human rights violations against India and its people. We just think if England (and to be fair, most of Western Europe) wants to be remembered for more than being a thieving, imperialist, racist country that forced its greedy hands into other nations and caused irreversible damage, they should probably start by returning what they stole. They can also go ahead and return the largest clear-cut diamond recorded in the world, the “Great Star of Africa”. Also known as Cullinan I, this diamond was stolen from South Africa while it was — you guessed it — a British colony. When they’re not being used to accessorize unelected state leaders, both diamonds can be viewed on display in the Jewel House in the London Tower, so ordinary people can still marvel at the opulence of imperialism. What could more effectively show how proud Britain is of the atrocities they committed than proudly displaying their conquests? And before we start getting crazy and believing these extremely rare gems were a “gift” to the Queen, let’s remember: A colonized country cannot “willingly give gifts” to the country that is destroying its land and people. America has its own issues, but at least we have a deep distaste towards any level of a monarchy. Speaking of which, it’s time to start making sure you have your voter registration cards ready! Yup, instead of investing in a useless monarchy with a past rooted in white supremacy, we get to vote for the people in positions of power. This November, we’ll be having a gubernatorial election to elect a new governor in Texas. It’s between the incumbent Republican Greg Abbott and Democrat Beto O’Rourke. Abbott has been criticized for doing nothing to address gun violence after the horrific school shooting in Uvalde, Texas. Between the school shootings, anti-abortion laws, and anti-trans rights laws, Texas has experienced a lot these past years. If you want things to change, Comets, make sure you vote. Voter registration is happening on campus, so get registered and get to those polls! Another thing you’ll need to vote for sooner than the state election is the fee referendum for a new Student Union and Athletics Department at UTD. Voting for that is happening from October 4th-6th, and every UT Dallas student will be receiving an email with the link to vote.