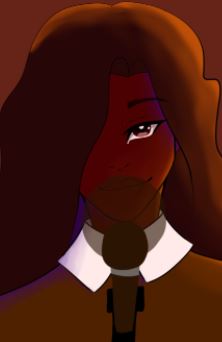 Black culture has always been an extraordinary concept that is growing and changing. One element of black culture that has played an integral part for centuries is music. Now I know black history month is over, so you may be wondering why I’m writing an article focused on it, but every month is a good time to celebrate black history (after all we do get the shortest month of the year).  Music has spoken to the souls of Black Americans for generations and has served as a mode of expression, even when their voices were silenced. Since then, black artists have redefined genres, lyrics, and performances time and time again. Black artists have been and continue to be the trendsetters. I know I can’t get to everyone’s favorite artist, but I want to run through a few that have influenced our generation, are currently breaking barriers, and have become some of my favorites.

As an Ethiopian I might be biased when I say this, but The Weeknd has made synth-pop cool again. If you haven’t listened to Dawn FM yet, you need to get to that ASAP. This is one of my favorite concept albums so far (and not just because Jim Carey does a great narration). When he came out with “Can’t Feel My Face” in 2015, I genuinely thought an unreleased Michael Jackson song was playing on the radio. He had this iconic voice that had me thinking, who is this guy? Abel Tesfaye, the first time I had seen an Ethiopian name so popular in America. A man so proud of his heritage that you can hear him singing in Amharic at the end of his song “The Hills.”   It’s so special to see black artists embracing their heritage, because it makes people like me feel seen.

Another black artist that has been creating traction with their new album is Doja Cat. Her style is so unique that you just can’t look away. Her engagement with her fans really differentiates her from other artists. She always gives the fans what they want, she listens to them. She’s given a voice for the “weirdos” getting popular with her meme music. We all remember when “MOOO!” came out and she had us laughing and dancing to a song that was both hilarious and a hit. She honestly got me more into rap; it’s so great to see her get the recognition she deserves.

Black female artists like Doja Cat have been breaking barriers and pushing themselves to the forefront of the music industry. It’s taken a long time, but these artists have finally gotten the respect of other artists. Some, like Megan Thee Stallion, have had to demand it. Megan Thee Stallion has had quite the career so far; she has become the certified hottie that people aspire to be. Her music is bold and adventurous, which has always been a risk for female artists. Now, to all the Barbs, I haven’t forgotten about the queen. It’s so evident that the newer generation of female rappers have taken inspiration from Nicki Minaj and many have paid homage to her.

Lastly, a newer artist that has taken over is Lil Nas X. He is one of the coolest artists right now, in my opinion. His career really took off when “Old Town Road” came out, but there was so much controversy over a black gay man creating country music. But he continued to create the music he wanted to and had support from many other artists. Since then, he has come out with hit after hit and has been more expressive with his music.

There are so many black artists that I couldn’t cover in one article. They’ve covered such a wide range of genres and are setting trends in all of them. It’s so important to have this representation because it will continue to inspire up and coming artists. It’s so great to see artists feel more free with their expression, and hopefully they will show others why they deserve to have their place in the industry.