Vote to Make Your Vote Matter

Vote to Make Your Vote Matter 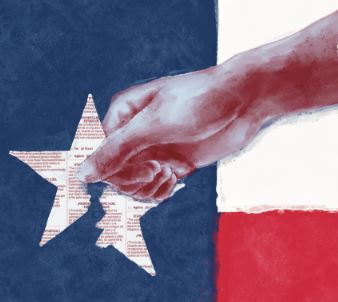 It’s election season! Doesn’t that just make your heart race? What else do young college students look forward to more than seeing their voices be silenced yet again in order to keep the old white men in power? Trust me, I know how tiresome politics can be; I have stopped keeping up with it myself in order to preserve my sanity. But, every single decision that politicians make affects our lives more than we realize sometimes. Every time election season comes around we are always reminded of the same message: get out and vote. But why? Honestly, what is the point? After Trump won in 2016 and the popular vote was completely ignored, does our say really matter, or do we need to do more than just vote?

Most of us know that the current systems in the U.S. have been in place for decades with little to no change, but that’s not because they’re perfect. The two-party system is notoriously restrictive and has resulted in voters settling for “the lesser of two evils.” No wonder so many young Americans feel no inspiration to go vote — the options are so subpar! The kick is, the only options we have been presented with thus far are either vote for change that is never going to happen or leave if we don’t like it here. So how do we get past the two-party system?

Thankfully, there are politicians that want the people to be represented properly. There are a few members of Congress that are actually pushing for the Fair Representation Act, allowing for districts to be led by different representatives, rather than having one or two figureheads for a state. The problem is, people would STILL need to vote those representatives in; but if this change is implemented, more people would feel justly spoken for and feel encouraged to vote. This method would help stop leaders from using their authority only for their advantage (like Governor Greg Abbott passing restrictive abortion laws when most Texans have become pro-choice in recent years) and instead focus on helping states as a whole. Young voters need to know the power that they hold when they take action and go to the polls. But many of those in power don’t want us to know that.

While most of us have lost our faith in the voting system, former activists did not just fight for their right to vote for nothing. We have all been grateful enough to be born into a generation where voting is free to almost anyone. What a lot of us don’t realize is that there are still so many out there that are restricted from voting or are not allowed to vote at all. Those of us that do have the freedom to vote should not take that for granted; especially since there are still others out there that are trying to take that right from marginalized communities. We have got to wake up and realize we could lose so many of our rights in the blink of an eye and we cannot stand idly by as that happens.

Voter suppression is still alive and well even though we are far from the days of literacy tests and poll taxes. Certain areas have become sly with the efforts to prevent voting; additional voter ID laws, cutting hours at voting locations, and shortening days for early voting. Politicians have created their own reasons to defend these restrictive changes, but when we read between the lines, we can see the true reasons behind these changes. For example, politicians can’t make it illegal for Black Americans to vote, but they can make it harder to vote in predominantly Black communities. Voting should be encouraged for all communities, not just those that will benefit the people in office. This goes to show that our voices are only silenced because those in control want them to be.

If our votes really don’t matter nowadays, protests and riots aren’t so extreme. When people begin to realize that their beliefs have been cast aside by those that they have trusted, they rely on other methods in order to get their voices heard. By going out into the streets and halting traffic, using forms of destruction on buildings and using insistent boycotting to affect hurtful businesses, these acts of “violence” actually get politicians to listen. No one wants circumstances to come to this, but marginalized groups have been protesting for decades — and it works.

Unfortunately, there has been a rise in performative activism due to social media. During the pandemic, social media was a great way for people to still spread the word while keeping their distance. But since then, many people have become content with their limited efforts and see no issue with only pledging their support online rather than going out and truly making a difference. Simply voting with no further action taken and performative activism go hand in hand in creating a false sense of empowerment that prevents actual change.

In order to have our votes matter, we have to hold politicians accountable for their lack of action. More often than not, representatives go back on their word once they receive support from the people. They rely on our complacency to keep us distracted from their empty promises. In order to receive effective change, we have to stay up to date with what our officials are doing, or in this case not doing, in our community. It’s difficult to hold the president or our governors accountable, but it is much easier to contact local offices or attend rallies in your own neighborhood. The decisions made in our own communities are what directly affects us, so let’s start with change at the source rather than only looking at the bigger picture.

Politics is far from fair and honest, but that doesn’t mean we shouldn’t push for a better system. We should be excited about change! At this point, make Super Tuesday a national holiday just so that everyone has the chance to vote. Allow for the people’s voice to finally be heard. There is no way to move forward by sticking with what we have followed in the past. There are many changes that need to be made in order for modern politics to progress and it starts with voting.

But it does not end with voting.