AMP Watches: How It Ends

AMP Watches: How It Ends 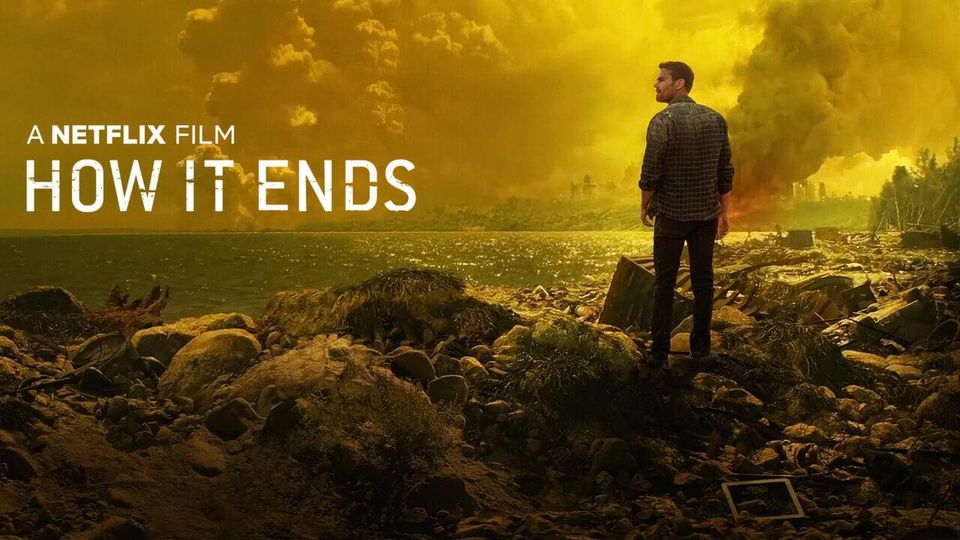 We here at AMP  thought that watching an apocalypse movie would be a nice distraction from the apocalyptic reality that the COVID-19 pandemic has brought upon us. How It Ends really stuck out to us in particular because we’ve always wanted to see Theo James and Forest Whittaker in a male-bonding film set during the end of the world (Who hasn’t?). Theo James plays Will Younger, a white-collar businessman in some sort of vague industry. He is dating and about to start a family with Sam Sutherland, portrayed by Kat Graham — a blast from the past for all of our VHNCU (Vanessa Hudgens Netflix Cinematic Universe) fans out there.

Will is at Sam’s parents’ extremely fancy house in order to impress them so he can get their blessing to propose to Sam. However, Sam’s father Tom (Forest Whitaker) is not impressed by Will or his job at the…Business Company or whatever, which leads to the two getting into a fight due to the overwhelming testosterone between the two of them. After being asked to leave, Will drinks himself to sleep and misses his plane back to Seattle like a responsible adult ready for a long-term relationship and a child. After receiving a call from Sam that goes dead — after the most flat and uninterested “I’m scared :(,” especially considering the context, from the leading lady herself — Will hurries to the airport where news of a “large, seismic event” off the Western coast sends everyone into a panic.

All telecommunications then cease functioning, and with nowhere else to go, Will goes back to Tom’s house. It’s there that Tom forces Will to travel from Chicago to Seattle with him in order to ensure Sam’s safety. Along the way, they also force a Native American woman, Ricki, to leave her reservation in order to guide them and take care of their car. Unfortunately, the Lewis and Clark connotations were not lost on us. After traveling for a while — and accidentally killing a few people, because it’s the ~apocalypse~ — Ricki leaves and is never seen again for reasons unknown. Forest Whitaker dies because of…honestly we still aren’t sure. Internal bleeding, maybe? Who knows! But now our average white man action hero, Will, must travel to save Sam on his own.

After reuniting with her, and narrowly being killed by a giant rolling dust cloud, Sam and Will — because of course they do — survive and travel off into the distance as the camera fades to black. We still can’t confidently tell you how it ended. The movie doesn’t really give you any explanation except for the “large, seismic event,” some crazy thunderstorms, a spinning compass, birds flying in a figure eight pattern, and the aforementioned rolling dust cloud of death. Maybe, just maybe, it ends because of the friends we made along the way.