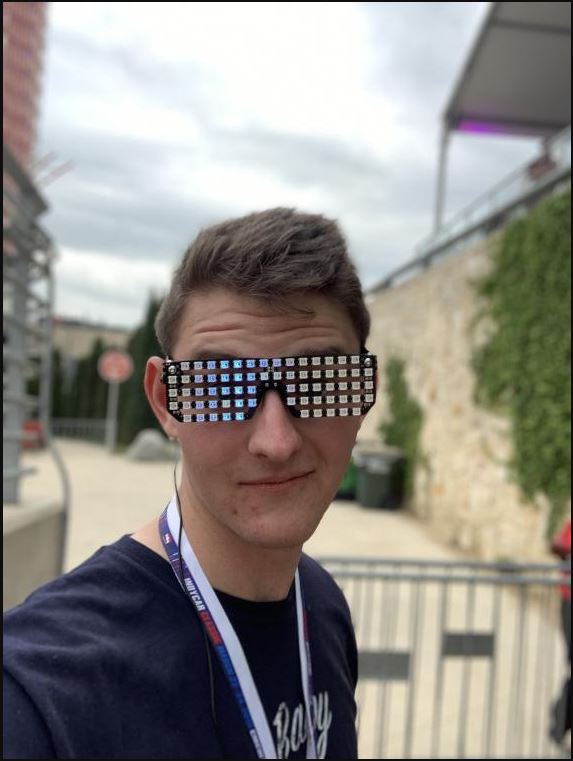 In the midst of 2020’s contentious and tumultuous political cycle, a new right-wing sect has recently gained public notoriety with their aggressive stance against all forms of genital concealment. Known as the Concerned Republicans Against Predators (CRAP), these activists have argued for banning all lower-body garments including pants, underwear, and jorts. Spurred on by a perceived threat to the American way of life, CRAP wants to make the genitals of all Americans publicly identifiable and accessible, thwarting members of the LGBT+ community who keep their privates secret for nefarious purposes.

While the specific origin of this movement is unknown, supporters claim that historical evidence dates back to the first recorded human events, citing Genesis in the Old Testament of the Bible. The more recent surge in interest can be attributed to Senator Kelly Loeffler’s push to mandate genital checks in high school sports, preventing transgender women from participating. Many CRAP Republicans, however, thought this proposed legislature was too radically liberal by only mandating occasional checks. Though the legislature ultimately did not pass, the CRAP movement arose from its ashes, forming an organized coalition to pass “common-sense” public decency laws. Since then, several high-profile Republican Officials such as Ted Cruz, Rudy Giuliani, and Roy Moore, have publicly expressed profound support for this political effort.

Beyond the legislation and endorsements, many members of CRAP have been taking to the streets in both organized and unorganized protests. In suburban areas, members can often be seen roaming the streets completely nude as a sign of protest. Several public businesses have opened as CRAP “safe spaces,” only allowing those with publicly viewable genitalia to enter. Urban environments have also seen the emergence of large, dense protests, despite local social distancing and stay-at-home orders. Public schools are frequent targets, with protestors demanding that children be taught the dangers of transgender individuals and prohibiting students from concealing their biological sex. These organized demonstrations have drawn controversy from the other side of the political spectrum, though supporters claim these dissenters to be a vocal minority as there have been few public counter-protests.

Additionally, the internet has proved vital in the spread of CRAP rhetoric. Facebook has proved vital for communication between members, with some regional groups, such as “Dicks out Detroit” having gathered hundreds of thousands of members. A new “pants’nt” challenge has also spread through Tik-Tok, encouraging individuals to purchase as much lower-body clothing as possible and destroy it on camera. While most individuals choose scissors or knives to destroy these articles, some more creative individuals have resorted to pyrotechnics as a grand gesture. Unfortunately, some of these incidents have gotten out of hand, as two wildfires started by pants’nt challenges have already burned over 4000 acres of land in California.

At a recent rally in Tulsa, OK, AMP was able to speak with these activists and hear from CRAP’s current leader, Tex Wilhelm II, regarding their core values and beliefs. Clustered together near the city hall, thousands of partially or wholly nude adults and children listened to hear rhetoric from the group’s president. During the lengthy, two-hour speech, Tex criticized “overbearing government regulation preventing common Americans from feeling safe knowing the true sex of their neighbor.” Additionally, he emphasized that “the false belief that man is to wear pants is an unholy act against God, threatening the downfall of the traditional nuclear family.” The crowd also regularly engaged in supportive chants, shouting slogans like “Adam and Eve,” emphasizing their lack of clothing in the Bible (Not to be confused with the pro-heterosexual chant of the same name).

Speaking with protestors after the speech, AMP was able to interview Stephanie Huggins, a local stay-at-home mother of three. When asked why she supported this movement, she responded thusly:

“The radical left has been allowed these sexual imposters to infiltrate our society for too long. Every time I use a public restroom, I’m filled with immense dread knowing that the pervert in the stall next to me may actually have a penis. The only way I can feel safe in my own town is by knowing that the woman next to me has a vagina, and the only effective way of doing so is prohibiting genital concealment. I also worry immensely about my own children, as it’s incredibly traumatizing for them not knowing if their classmates are really the gender they say they are. Being able to easily identify his/her sex would prevent these indecent animals from going unnoticed.”

Other protestors, who wished to remain unnamed, provided additional insights into the movement. “The biased mainstream media calling our movement ‘anti-pants’ falsely represents our goals, as we are more-so ‘pro-decency,’” explained one individual. Another CRAP supporter claimed that they are “in support of even stronger measures prohibiting genital concealment. If you ask me, we should start putting cameras in buildings so we can know who the perverts really are. No space in America should be allowed to be indecent.” A third person also claimed that “while I am normally in support of small government, I feel this genital uncertainty presents a true public safety crisis, hence my support of this movement.”

Before we were able to interview any others, however, the tone of the rally shifted dramatically. A small group of passer-by, wearing clothes drew the attention of the protestors, inciting loud jeerings of “Pervert” and “Libtard.” Within seconds, violence broke out, with protestors rushing towards the group and aggressively tearing off these individuals clothings, all while CRAP supporters in the crowd continued to yell “Strip the sex offenders!” Moments later, police arrived at the scene, arresting the now-naked individuals and taking them into custody, where they were charged with public indecency and disruption of the peace.

Following the protest, debate continued online as many activists spread theories that the reported rise in COVID-19 cases in Oklahoma was a government tactic to silence protestors. Follow-up protests have also grown exponentially in urban areas throughout the country, with greater government pushback seemingly resulting in more people nakedly flooding the streets.

Regardless, this new political sect has now brought a new contentious issue to the front lines in this election season, forcing all politicians to reconsider their positions. A representative from the Biden-Harris campaign has already claimed that “we aim to represent all Americans and don’t outright condemn CRAP at the moment.” Other Republican officials up for election have made sweeping promises to incorporate CRAP provisions into as much legislation as possible if elected. Ultimately, it’s the American people who will decide this November whether we want to let CRAP run free in the houses, offices, and streets of this country.

Aspiring professional clown. Not afraid to cry in the corner when the going gets tough.