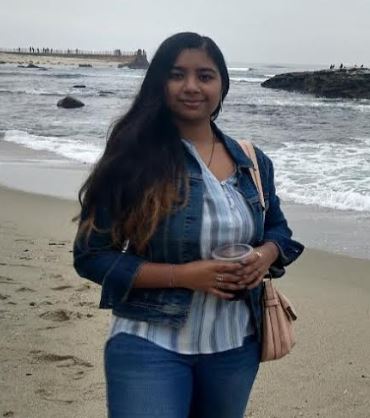 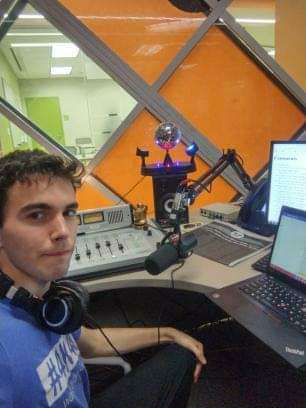 Groovy nostalgia. That’s how Computer Science senior and DJ David Allen sums up his weekly show Pop Rocks and Cola. Each Wednesday from 12-3 pm, Allen takes listeners through global music ranging from rock genres from the ‘70s and ‘80s to more modern varieties of future funk and vaporwave. Pop Rocks and Cola combines two previous shows hosted by Allen — Original Pop Rocks, which focused on older rock and jazz, and Future Cola, which remixed the older genres with modern funk. Allen explains that the combination was created from a natural progression of the music he plays to curate an experience of underplayed tracks that get you moving.

“I tied the shows together in my current show, mixing the ‘original’ with the ‘future’, the ‘Pop Rocks’ with the ‘Cola’,” Allen explained. “I think the result is pretty explosive.”

Joining Radio UTD was quite the experience for Allen. His interest was first piqued by his father’s work as a DJ in Palestine. When Radio spread word that they were searching for DJs, Allen jumped at the chance — despite being in the middle of the pandemic and having to complete both his training and show debut virtually. The show was first introduced as part of a much lighter schedule which has since grown as the world reopened, allowing Radio to expand its team and operate at pre-pandemic levels.

“I was always super interested in being a DJ,” Allen said. “It’s been really cool to see more people join the team, and to help trainees learn the ropes like I did, as the semesters roll on.”

Now, almost a year and a half later, Allen continues to keep Pop Rocks and Cola alive even as he continues to welcome new Radio staff and prepares for a study abroad semester in South Korea. Despite the chaos of his beginnings at Radio, Allen views his time on staff as an opportunity to be influenced by other DJs and showcase his own musical tastes.

“What I appreciate about my time at Radio is that I’ve gotten to vastly expand the breadth of what I listen to, especially with underplayed or obscure music,” Allen said.

Allen also brings his interests outside of music into the show. As a CS major with a strong interest in artificial intelligence, Allen crafted the theme of Pop Rocks and Cola around the concept of incorporating AI into music. For both his current show and previously in Future Cola, Allen used an AI software to artificially generate artwork for his show icon, and he credits artists like Daft Punk for the inspiration to merge audio and technology into a musical persona.

“The old music is great, but I think the ways modern technology allows DJs and artists to enhance the medium is fascinating,” Allen said. “It’s all in the theme of machines making art.”

This theme is at the core of Pop Rocks and Cola — audio and technology merging to encourage movement. Allen resonates most with music that makes you move, and he explains that this idea goes beyond only enjoying “happy” songs. What he loves about disco and the theme of his show is that even poignant, emotional music can create movement. Through his show, Allen hopes to create an experience of beats that, no matter the emotion, keeps pushing its listeners forward.

“For me, music needs to be something you can move your body to, like you’re at a dance and you’re sad but you still gotta dance,” Allen explained. “Anyone who likes danceable, deeply-emotional, funky, jazzy, poppy stuff will find something they enjoy.”

Vibe of your show: Groove