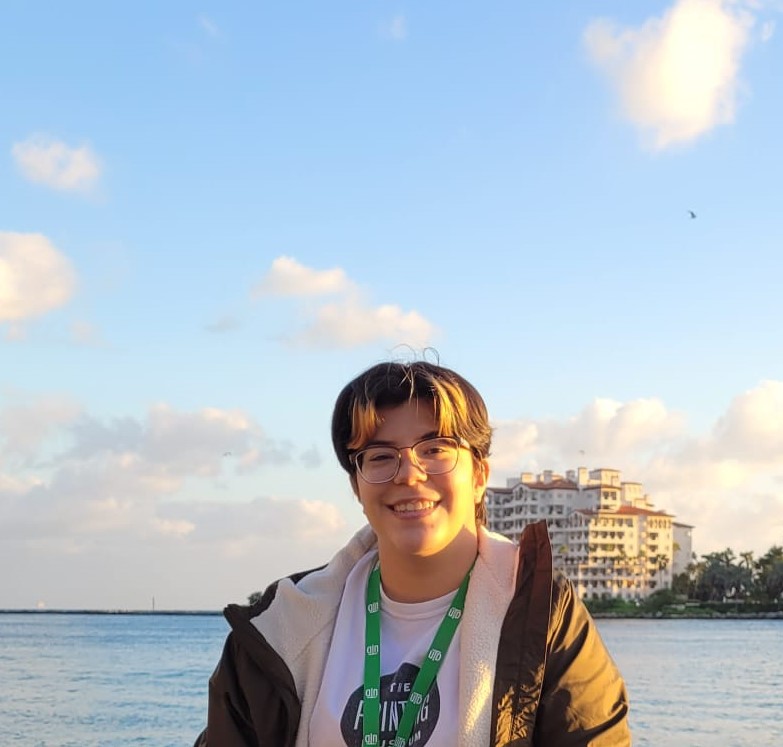 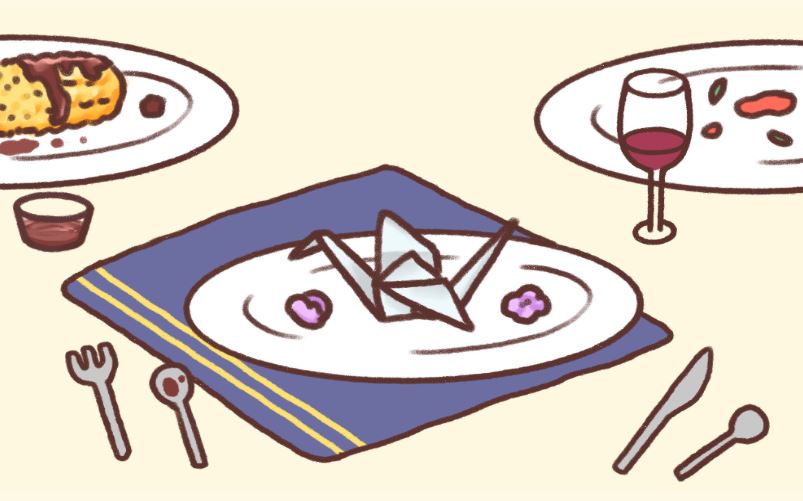 This week I visited a recently opened high-end restaurant named “The Limosia Experience”. This establishment prides itself on serving diverse and authentic dishes with a sophisticated twist. I’ll admit it’s a bit expensive, but I went, despite this, to see if the food was worth the price tag. I made this sacrifice for you, dear reader, to help you decide if the truly indescribable Limosia Experience is worth trying.

I told the waiter I’d never been there before. He assured me he’d take good care of me, claiming that the food here would be “like nothing you’ve ever tasted before.” He first brought me an appetizer that appeared at first glance to be a plain tomato, sitting whole and uncooked on my plate. I happen to like eating raw tomatoes, though I was a bit confused as to why a restaurant was serving an unchanged ingredient rather than a completed dish. Still, I cut into it.

My knife sunk unnaturally into its flesh, quickly revealing that this was, in fact, a tomato puree reformed into the shape of its predecessor. As I chewed, I contemplated the nature of its preparation. A trace of the true self exists in the false self, mangled and disfigured as it may be.

If you especially like tomatoes this might be worth a shot! Although, you could also buy a fresh one at the store.

Following this came the main course. I was delighted to see cachapas on the menu, a Venezuelan dish made with corn and filled with savory options like cheese, ham, and avocado. I rarely see Venezuelan food represented in high-end restaurants, so The Limosia Experience was impressing me already. I eagerly took my first bite— but I realized something was wrong almost immediately.

The sensation of biting into a whole corn kernel, having it pop between your teeth, is one I’m used to when eating cachapas. But I had never before experienced it while also feeling a thick hazelnut spread sticking to the roof of my mouth. Nutella and cornmeal fought fiercely in my mouth, and in the end neither of them could really be considered a winner. I suggest you stay far, far away from this entree.

Disgusted (and frankly, offended on behalf of my ancestors), I sent the dish back and asked the waiter to bring me something else. Anything else.

“Our deepest apologies,” the waiter said, “but I’m sure you’ll find this phở absolutely delicious. It’s a Chinese soup, rich with flavor.”

I was fairly certain phở was Vietnamese, but I kept that thought to myself.

Stranger still, the soup was topped with a shimmering, crinkled sheet of… something. I’d heard of restaurants in this price range serving their food with gold foil, but this metallic substance was silver in color.

I didn’t have the heart to tell him I don’t have a personal chef, or that aluminum foil isn’t usually a part of the food. Still, if other customers had eaten this it couldn’t be all that bad. I’m always open to trying new things, after all.

I hesitantly pushed noodles and foil past my lips, occasionally spooning up some of the broth. In the times I’ve eaten phở before I usually had a hot sauce to mix in, along with a few vegetables to add more dimension and texture. In comparison, this broth could be described as simpler. I have to assume that this milder taste is considered more elegant. Or maybe it was to offset the metallic flavor, which was almost bitter.

The soup would have been overwhelming if the aluminum’s strong taste wasn’t offset by a simple broth, and its texture also made up for the crunch I was expecting, so perhaps it was all planned that way. It must have been. It was certainly strange, but perhaps I’m just picky. However, for your own safety, I wouldn’t order the phở if you wear braces.

To end the night the waiter insisted I try the signature dessert, after which the restaurant is named: The Limosia Experience. Having a notorious sweet tooth, I agreed.

If only I’d known then what I know now.

What laid beneath the shining cloche was so foreign I struggle to describe it even now, though I feel obliged to do so, as I suspect I may be one of its only survivors. The mass was bulbous and appeared wet and slippery. Though it was dark in color, it shone in many hues like an oil spill. The waiter explained its origins to me at the time but I was in such a state of shock that I could no longer process his words, focused only on the parasite I was faced with. I wanted nothing more than to run, but I was far beyond the point of no return, reflected in the way my muscles tensed up so tightly I couldn’t so much as stand. I’d already gone through so much; I couldn’t leave now. I pushed forward because I no longer had any other choice.

The Experience tasted both cloyingly sweet and so spicy as to physically hurt my tongue, throat, and sinuses. There was another, additional taste, which ebbed and flowed in the background. Just when you thought you might start to understand what you were eating, that flavor would creep in, faint enough that it may have been your imagination. It pricked at the back of one’s tongue. This taste is one I have no comparison for, but it made my hands clammy every time I thought I sensed it, and even now just attempting to recall it.

The object these flavors were attached to was tacky and gummy, unpleasant as it pulled against my teeth. I tried to force it down with a glass of water, but it was as though the substance was clinging to my throat, trying to claw its way back out before I could swallow. It was filling up my airways and making me gasp and choke. All the while, the spice burned at my nostrils, making it even harder to breathe.

Though I eventually pushed it down, I fear it still has a mind of its own, somewhere deep inside me, and will try to escape when I least expect it.

During The Limosia Experience I tasted things no mortal was ever meant to taste, nor endure ingesting. Even having confronted them, I still know not what exactly I went through, and I cannot begin to imagine the otherworldly creatures which conceptualized such torture. As for the other patrons of that accursed place, I hope naively that their souls may one day find peace, though I know this is unlikely if my own battered and restless spirit is any indication. Like the distorted versions of the once-familiar food I ate there, I am no longer the same man I was before I entered that place, and I doubt I ever will be again.