Florida Man Creates the Best Educational System in the World

Florida Man Creates the Best Educational System in the World 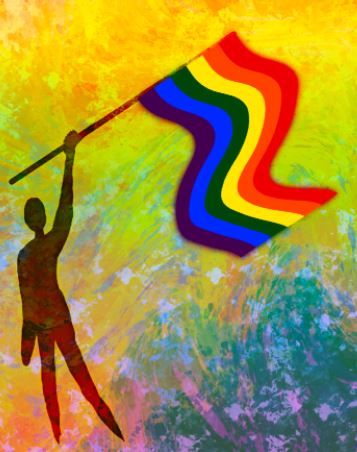 I don’t understand why people are so focused on improvement and change; you know how the saying goes, “If it ain’t broke, don’t fix it.” There is a reason why archaic American systems have been used for so long, because the same old, white men have been in power since this country has existed. One of these esteemed traditions is the freedom of thought and expression that has been provided to students of the public school system. Unfortunately, in recent years the educational establishment has taken advantage of this space and has begun teaching unnecessary subjects like gender and sexuality, which are obviously unimportant to young and growing students. When I was growing up (back when we didn’t talk about gender, sexuality, and all that nonsense), we learned on our own. We understood that we keep our questions to ourselves to eventually get answered later in life when it is too late to do anything about it. We never talked about our personal lives in class; our entire personalities were shaped by what we learned at home from our parents, our most reliable teachers.

These liberal snowflakes have gotten so worked up that they have started teaching students all about “the birds and the bees” and more unconventional ideas before the children have even hit puberty. What are these innocent kids going to do with this information? Take preemptive measures and begin a healthy journey of learning about themselves and their identity? Not possible, children are too immature for that. Not like us adults who understand that nobody needs to have pronouns. Why should we be teaching kids about their own bodies, minds, and emotions when we can just tell them how they’re supposed to feel? Thanks to Florida Governor Ron DeSantis, our kids will go back to being ignorant and uneducated, like they should be.

Last month, Governor DeSantis signed the Parental Rights in Education, or the “Don’t Say Gay” bill that the general public has so cleverly named, which prevents teachers from discussing gender and sexual orientation with students. Children don’t need to know so early on that different genders experience different things, hell, why do they need to know they exist anyways?! All children should be treated the same, and the best way to do that is to ignore all differences rather than take the time to understand them. Thanks to Governor DeSantis, the children of America will no longer be boxed into these pronouns; they can be whoever they want. If gender really is a “social construct,” then why does it matter if it is taught in schools or not?

Sexual education in schools has been getting more and more inappropriate over the years and it is about time someone put some restrictions in place. Boys and girls should not be learning the same material; girls need to learn about their menstrual cycles, pregnancy, marriage, and domestic skills. And boys have the pain… of learning how to put on a condom. By erasing topics centered around gender, there will be no more awkward questions and discussions between peers and more students will practice abstinence since they know nothing about sex! It is so important to keep students’ innocence safe and sound; the best way to keep our children pure is to hide them from the world and never let them experience and learn about life on their own. They must be taught that although their parents may have never gone through what their children are going through right now, nor were they raised in the same society as them, they know exactly how they are feeling and what they need.

With children often spending more time with their teachers than their families, it is so important that the right information is withheld from them. Why would I want a teacher educating my child when I can just give them my obviously correct opinion at home? Parents know their children best; the right parents teach them good, traditional Christian values instead of the unconventional teachings of the schools we pay to send them to. All the drama and confusion that comes along with these issues should not be dealt with so early on; it should bottle up until they are adults with no way of expressing their identity! In addition, the words “gay” or “homosexual” are never mentioned in the bill, so obviously it does not target students that may identify as such. The United States has never used loopholes in its laws or amendments, and it would not start now. Free speech is a gift that our founding fathers granted us, and our leaders have the right to decide if that gift is being abused. Allowing teachers to just run rampant with their lesson plans will cause chaos and many of the oppressed cisgender and heterosexual students to feel excluded and possibly offended. Our leaders in government must monitor what is being taught in order to make sure there is civility in the classroom and that these teachers are conveying what is true and exact according to our conservative mindset and nothing else. That is the beauty of the first amendment.

Not only have politicians like Governor DeSantis and Senator Dennis Baxley avidly supported this bill, but corporations like The Walt Disney Company have donated thousands of dollars to senators like Baxley who voted for this bill. Finally, a billion-dollar company supporting conservatives! It was about time for the rich to pick the right side (see what I did there). Though the ungrateful workers at Disney have pressured their CEO, Bob Chapek, to disown the bill, we all know what they believe in their hearts (and in their bank accounts). Businesses can have a huge influence on the younger generation. It is important for them to put the children’s needs as a priority because obviously, corporations care about the education of students over economic success.

Now, why does inclusivity in classrooms really matter? If nobody knows the sexuality of a student or faculty member, then no one stands out and nobody can feel excluded, right? Inclusivity does not necessarily mean that everyone needs to understand the struggle that comes with different identities; we can just keep that hidden within ourselves.  This is just the beginning of what many other states can and will follow. As of April, several states have petitioned for their own “Don’t Say Gay” bill and hope to pass it soon. With Texas Governor Greg Abbott already preventing schools from discussing topics surrounding slavery and looking out for transgender students so evidently being abused by their “supportive” parents, why would he not want to prevent schools from discussing gender and sex?

Overall, the “Don’t Say Gay” bill will benefit everyone that does not express themselves or really anything about what makes them a human being. And besides the bill being rooted in hatred and ignorance, there really are no cons to the passing of this bill. The best way to get rid of an issue is to ignore it! No more pitting girls against boys, no more exclusion of LGBTQ+ students, and no more issues regarding gendered bathrooms. Every student will be the same and learn in the same ways. Because this is what true equality is: no hand-outs.