Oh, the (cards against) humanity!

Oh, the (cards against) humanity! 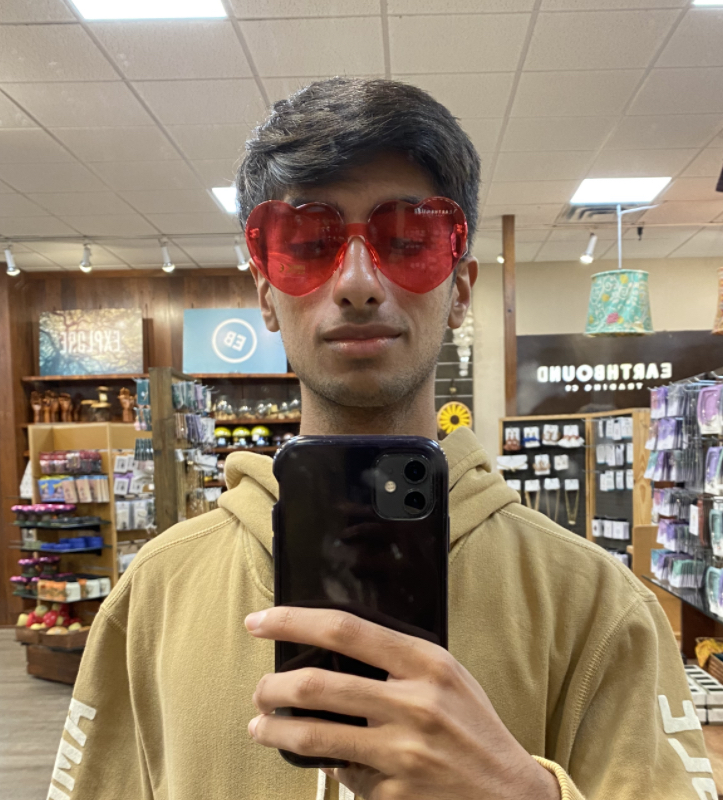 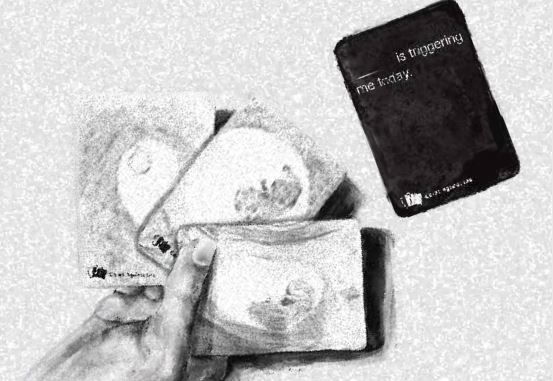 We live in troubling times, folks! The supervillainous team known as the SINISTER RADICAL-WOKE-LEFT have cooked up yet another diabolical scheme to wreak havoc upon our helpless society, and they do not discriminate between man, woman, or child! They’re corrupting our precious entertainment and media with malicious propaganda, injecting messages about garbage SJW politics in order to poison the brains of the impressionable public. I mean, just look at Pixar’s most recent film “Lightyear”; what should have been a fun family flick snuck in a horrifically graphic and intense scene of two women kissing! How scandalous! God knows just how many countless innocent children were exposed to such nefarious brainwashing. It goes beyond just movies, however; every medium of our entertainment has been corrupted. Even the games we play have been tainted by an ill-intentioned need to twist our brains with forced politics!

For instance, recently in August, I received some disturbing news. The company behind the popular card game Cards Against Humanity announced they would be donating 100% of their profits from 22 abortion-restricted states to the National Network of Abortion Funds. They spewed some kind of phony make-believe fairy-tale business about “protecting the bodily and sexual autonomy of our citizens” — whatever that could mean. Now I don’t know about you, but I for one can’t help but feel sick at this! First things first, what business does a card game have with abortion? Don’t get me wrong, Cards Against Humanity is a fun little game to play at gatherings and such, but that’s ALL it should be. The people behind the game should only be doing two things: making cards and selling games! All this fancy mumbo jumbo isn’t needed!

Even worse, the customer gets no say in it whatsoever! In fact, trying to decline the donation just rings you up for another $5 out of your own pocket. You want to talk about protecting rights, Cards Against Humanity? Ever heard of the Bill of Rights? Newsflash: YOU JUST TOOK A DUMP ON THE THING! A person’s money is their own possession, so they should be able to decide what to do with it! I mean, imagine if someone told you that you weren’t allowed to act a certain way just because they didn’t like it. That’s ridiculous! I can’t stand the idea of any larger organization having the sheer audacity to impose its values on the public without any regard for personal freedom. Now a lot of people ask me, “Then what about our freedom regarding abortion? Isn’t that important too?” What does that have to do with ANY of what I’m saying? I know what’s really going on; I’m surrounded by a bunch of spies trying to convert me with their WOKENESS-HYPNOSIS!

Now, I don’t want any of you fine readers misreading my stance here. My own views on abortion are totally, absolutely, and indisputably 100% irrelevant to this piece. In fact, I usually pride myself on being very impartial and level-headed about this kind of stuff. Unfortunately, it seems as if Cards Against Humanity is an EVIL organization that HATES FREEDOM. They made a single little card game, and now they claim to have a voice on the rights that women “should” have over their bodies. It’s inhuman! Cards Against Humanity is anti-freedom, and against ALL our core principles of humanity!

It’s not too late, however! Should the creators ever come to their long-lost senses, there are plenty of solutions for this mess. You see, I’ve spent countless hours conducting close research on the current debate over abortion, and analyzing comprehensive databases like r/Conservative and Ben Shapiro’s Twitter. I don’t mean to brag, but I know a few ways this can be fixed. My personal take? Cards Against Humanity should instead start directing proceeds to conservative, ANTI-abortion politicans and platforms as an apology! How’s that for a genius idea? This’ll let them make up for all the money they’ve smuggled into the hands of their radical commie partners-in-crime during this plot of theirs. Of course, there’s always the possibility that this might be too triggering for all of the small snowflake libs out there. God knows how those avocado toast hippies always find a way to complain about everything. Sad! In that case, they could try evenly splitting any and all proceeds in the future between pro abortion AND anti-abortion platforms. Brilliant, I know. If they split things fifty-fifty, how could anyone possibly get mad? Cards Against Humanity would become an apolitical champion of people’s thoughts and beliefs, which is a big improvement over upsetting your paying customers by expressing thoughts and beliefs that they don’t want to hear!

Now I know these solutions might seem like they have a little, itty-bitty, teensy-tiny bit of bias, but that is completely wrong! See, I’m merely proposing hypotheticals here for the sake of argument. That’s my fancy way of saying I’m completely absolved from any kind of blame or logic you could possibly refute me with. Overall, however, Cards Against Humanity should be ashamed right now. Their grievous transgression against our basic rights and freedoms is a crime that I cannot overlook! I will not rest for a second until the scoundrels behind this, the true menace to our society, either change their ways or are brought to justice!

Unfortunately, this trainwreck is just one of many examples of the political pandemonium affecting our society. I have no idea where this notion came from, but it seems as if every single outspoken hippie nowadays is trying to send some kind of “message” with their craft. WHY? Why is our media forcing us to think about the world we live in? Thinking is too difficult to do, and it scares me! Each and every single one of us should have the God-given right to cherry pick the messages we hear, otherwise, how else will we truly be free? If the folks behind Cards Against Humanity want to whine and moan on and on about abortion rights and peoples’ personal liberties being taken away, then great. They can write a whole article throwing a temper tantrum about it if they want. Just PLEASE keep this stuff out of my games. Frankly speaking, I just don’t care!

Now if you excuse me, I have a very important social media argument to get into. I’ll leave you fine readers with one last plea: I urge each and every one of you to take a closer look at the media you like and dig up all the dirty little messages they’re trying to shove down your throat! Take advantage of your freedoms before they’re stolen from you, and speak out against this MADNESS! We have the right to live life as ignorantly as possible, and I want each and every one of you to do just that!