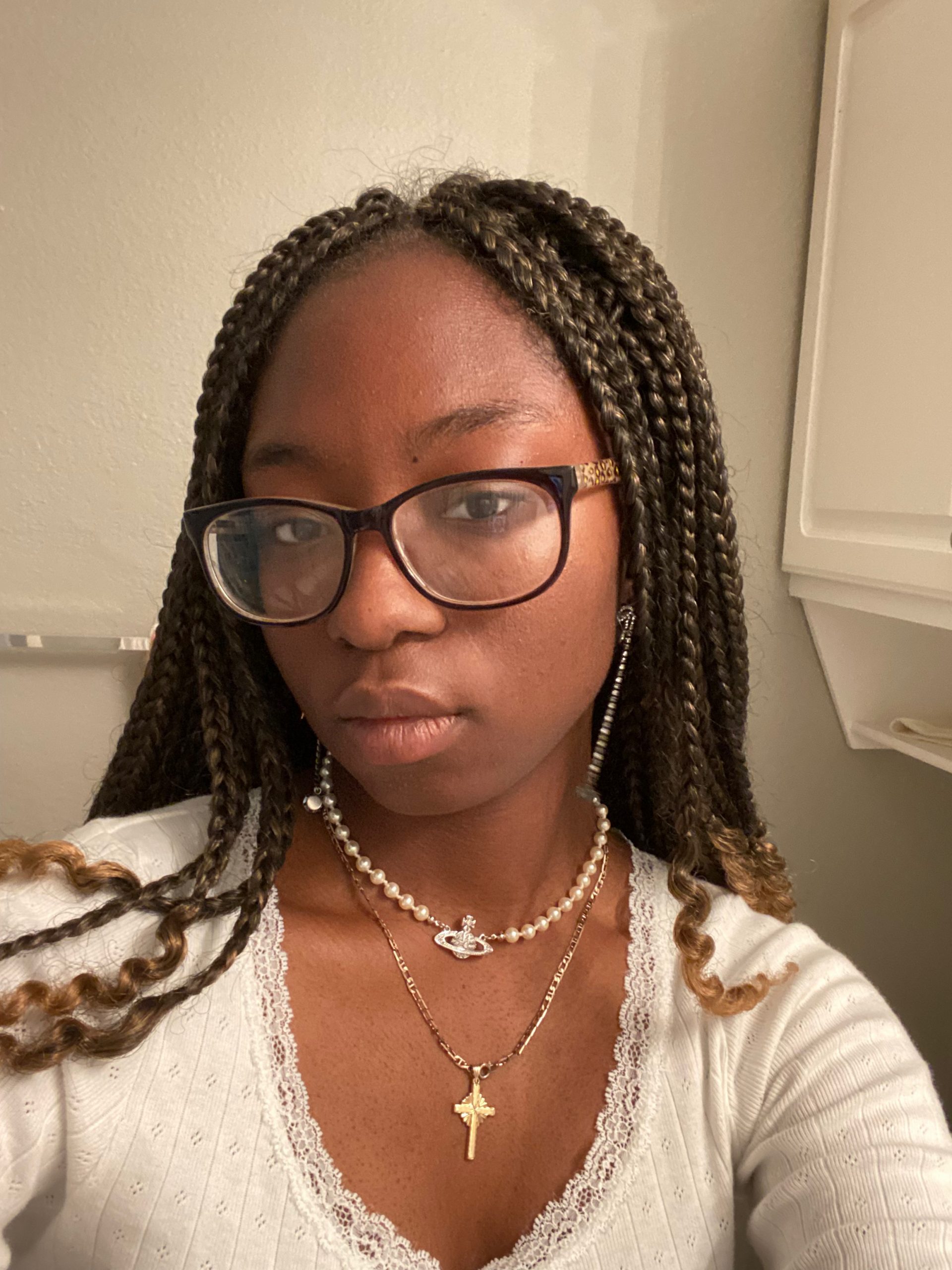 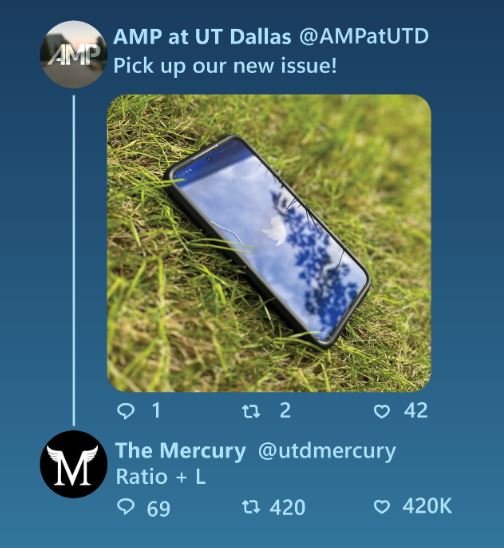 You might have heard through the internet somewhere that Twitter was shutting down after being left in the hands of “tech-genius” and (unfortunately) new Twitter CEO Elon Musk for less than a month. Luckily though, that wasn’t the case! Twitter is still up and running, which means you have all the time in the world to watch Swifties trying to demolish Ticketmaster after losing out on tickets to Taylor Swift’s Eras Tour and mourn the loss of zlibrary (gone but never forgotten). In these trying times, it is more important than ever to understand how to navigate the inner workings of Stan Twitter in a safe and respectable way, so that you and fellow like-minded people can bond over whether or a not a celebrity’s fame is valid according to their music chart standings or Oscar nominations (or maybe lack thereof). I hope that you keep these tips and tricks near and dear to your heart so you can use them if you end up migrating to Instagram or Tumblr the next time Twitter is expected to crumble.

Let’s say that you see a small Twitter spat between users discussing which one of their faves (the person that they dedicate their heart and soul to being a stan of) is better. POP QUIZ: Do you scroll right past and move on with your day? Answer: No! How do you think you’re going to become friends with people on Stan Twitter if you don’t jump into your mutual’s (a user who you follow, and who follows you back) mentions unprovoked? The Answer: You Won’t. But with some kind words, maybe a quick diss at the newest piece of work that their fave came out with, you guys will be on the way to friendship in no time. Did they reply back? Then you did it! You’ve successfully completed your first Twitter interaction. In order to keep it going, I would suggest poking fun at their username or profile picture. It’s totally okay if you get a little mean or insulting, it’s only Stan Twitter! Remember: If they threaten to doxx you, that’s perfectly fine. That just means you’re doing a great job, and you guys will be Twitter buddies in no time.

A rule of thumb when it comes to not only surviving but thriving on Twitter is acting first and thinking later. Did Twitter user @SansaStarkSux say that House of the Dragon is a soulless cash grab by HBO? Even if the show is airing during a time where everything under the sun is getting its own reboot and is a desperate effort to recapture nostalgia, @SansaStarkSux is still wrong. Block and report them immediately. No one is allowed to disagree with you on your Twitter timeline. I mean, if Twitter is supposed to be a place that makes you happy why would you want to see accounts with differing opinions from yours on the timeline? Agreeing to disagree be damned!

Ratio: More Than A Math Term

Maybe you’ve seen the phrase “Ratio” or “L + Ratio + [insert insult here]” somewhere on the internet. On Twitter, coming across a ratio happens in one of two ways: you’re either on the receiving end, or the person in charge of starting one. Regardless, experiencing a ratio is a badge that Twitter users wear with pride. You as a Stan Twitter user will probably come across a bad ratio every other hour. Who cares if the person who tweeted is making a valid point? The 34 quote retweets compared to 5 retweets and 10 likes is saying the exact opposite. Always add fuel to the fire. Keep quoting until you reach 40, maybe 50 quote retweets! You could add a fancam that you made of your fave with some nightcore remix of a top 40 hit in order to get those views up, or promote your favorite actor or singer so they can get some exposure. Just make sure the quote retweets and retweets don’t match up so you can keep the ratio.

What if one day, after quote retweeting to your hearts content, you end up making a tweet that starts getting ratio’d? Your mentions are filled with sparkly fancams of people you hardly know with the biggest viral song playing in the background and people are begging you to delete out of secondhand embarrassment. Well don’t. Keep the tweet up and ignore everyone else!

One sector of Twitter that no one has dared cross before, at least on their stan accounts, is ‘Local’ Twitter. Now, you might be asking yourself: what exactly is Local Twitter? Well, I’ll be happy to tell you. Think of it as an area of Twitter where everyone is a fan of the people you love, but casually. What sets Stan Twitter apart from Local Twitter is the fact that you are more than just a casual fan. The people on Local Twitter will never understand what it means to camp out in the replies of a hate tweet to defend your fave like your life depends on it. And for that reason, you are simply better than them. You don’t interact with Local Twitter because they aren’t on your level. And they will never be. I mean, what is the point of interacting with someone who puts in a tenth of the effort that you do on Twitter, especially when they have no idea about the struggle and hardship that you experience day to day as a result?

Lastly, make sure you know where you stand on Stan Twitter. Much like the animal kingdom, every sector of Stan Twitter has its own special place in the ranks. For example: are you on Music Stan Twitter? Well, what kind? K-pop or Western music? K-pop? Oh, you’re ranked above Film/TV Twitter but are on the same level of some Western music stans, like Swifties and Arianators. The reason why Swifties, Arianators and K-pop Stans are separate from other music stans despite being music stans themselves is due to the fact that they feel as though they rank superior to the others, regardless of if that is actually true or not. Or let’s say that you’re a fan of teen dramas, like Euphoria, High School Musical: The Musical: The Series, or Gossip Girl. If this sounds like you then you rank pretty low on Film/TV Twitter, since you are surrounded by people that worship the ground that Sofia Coppola and the Safdie Brothers walk on, and letterboxd accounts, which automatically makes them better. See, that wasn’t so hard to figure out right? You might be thinking to yourself: Aren’t we all on Twitter? Is there really a need for a ranking system? The answer is yes. There is an unspoken pecking order when it comes to Stan Twitter, and it is of the utmost importance that you learn where you stand and do so fast. Unless you want to have your account suspended four hours after you’ve made it.

So, take my advice, follow these rules and enjoy being on Twitter! A place where free speech and differing opinions is something that should be celebrated!

i’m a firm believer in the fact that sam and mercedes should’ve ended up together on glee. yes, this is me admitting to being a gleek.