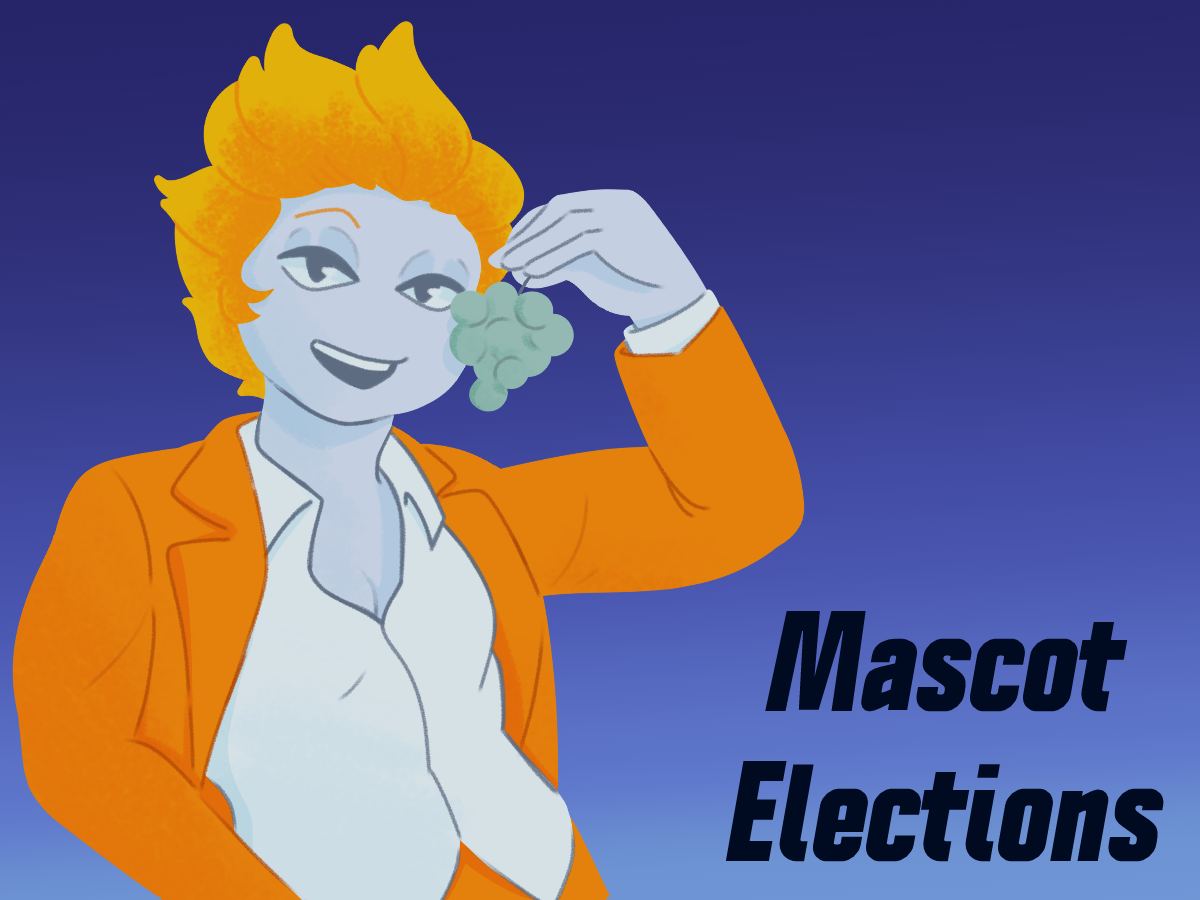 In November of this year, there will be an important election for all students on campus. An election that will affect future Comets for generations to come. An election that will impact the very fabric of UTD’s society. The Texan gubernatorial elections? Try again. This fall, Temoc will have competing mascots for the first time since his birth, and the 2022 UTD Mascot Elections will decide the fate of our student body long after the last vote is cast. Before November arrives, here’s an initial look at all of the parties.

Longtime incumbent mascot Temoc, the comet formerly known as Blaze, has been UTD’s mascot since his birth in 1969. A strong mascot ever since his inception, Temoc has spearheaded multiple changes throughout his long career, from being a terrifying face that children actively ran away from, to leading the charge for a 24 hour library for the students’ benefit. Though he is entirely mute, and communicates solely through gestures and whooshes (his hands don’t allow for use of ASL), Temoc’s infectious enthusiasm has sufficed to prove his loyalty to the student body.

However, this enthusiasm has created some competition. Temoc would never turn down the opportunity to spread Comet spirit, so after the constant construction led to the rise of Enarc, Temoc partnered with them for 4 years to bless students and “raise our GPAs”. However, following the Great Schism of 2020 and their failed bid for the presidency, Enarc split away from Temoc and hid, with some speculating that they left due to lack of construction on campus. Temoc went back to his usual enthusiasm, embracing the presence of the up-and-comer mascot Tobor as well, but he may soon have to face his past. Enarc has risen with their new party to contest longtime incumbent Temoc in the 2022 Mascot elections.

Do you have plans to bring back the 24-hour operating hours for the library?

What do you think about the ongoing complaints with academic advising?

What’s your thoughts on the new plans for expansion of the Student Union?

Is Comet school spirit what you thought it’d be after the negative impacts of the ongoing COVID-19 pandemic?

The Holy Church of Enarc

Following the Great Schism of 2020, it turned out that Enarc did not simply disappear into the sunset, never to raise a Comet’s GPA ever again. Instead, they went to lands unknown to build up the Holy Church of Enarc, a group dedicated to worshiping the mascot and following their teachings. The main pillar of the Holy Church of  Enarc is change, as is befitting of a religious mascot group based entirely on a construction crane. Though Enarc themself rarely comes out to speak, the Voice of Enarc, head of the Holy Church of Enarc, has said that it was Temoc’s recent lack of support for change for the students at UTD that led to the Great Schism of 2020. The Voice of Enarc hopes that Comets can join the Holy Church of Enarc to once again raise their GPA’s and hopes for the future. Enarc promises change for every Comet in the land.

What does the Holy Party of Enarc, and by proxy Enarc, hope to accomplish with its one-of-a-kind bid for the UTD Mascot position?

The Voice of Enarc: Enarc hopes to show Comets the error of their ways, and that change is the only way forward. Enarc would show UTD that the reign of Temoc has gone on for too long, and that it has led to a stale and stagnant campus. Enarc will show all the way, the light, and raise UTD to higher heights than it has ever seen.

Though pundits are unsure whether Tobor is entirely serious with their run for the mascot position, with Tobor declaring its Mascot run a day after Enarc, one thing’s for sure: they have a dedication to relentless capitalism. In a text-to-speech interview, Tobor made it clear that their goals for the campus include monetizing every academic school, expanding the Starship operations to include restaurants from off-campus, and replacing buildings such as the Green Center and Founder’s North with more cafeterias to stuff more restaurants onto campus. It is unclear what caused a rift between Tobor and Temoc such that Tobor would run against the comet in the Mascot Elections, but evidently the little robotic capitalist is feeling empowered enough to mount a dark horse run for the mascot-dency.

What makes you think that students on campus will vote for you above the incumbent Temoc?

Tobor: I strike at the heart of what Comets desire: food and consumption. Temoc is an old mascot, unready for the trials and hardships that face the student body. By leading the relentless march of capitalism further, I will enable the further progression of all Comets.