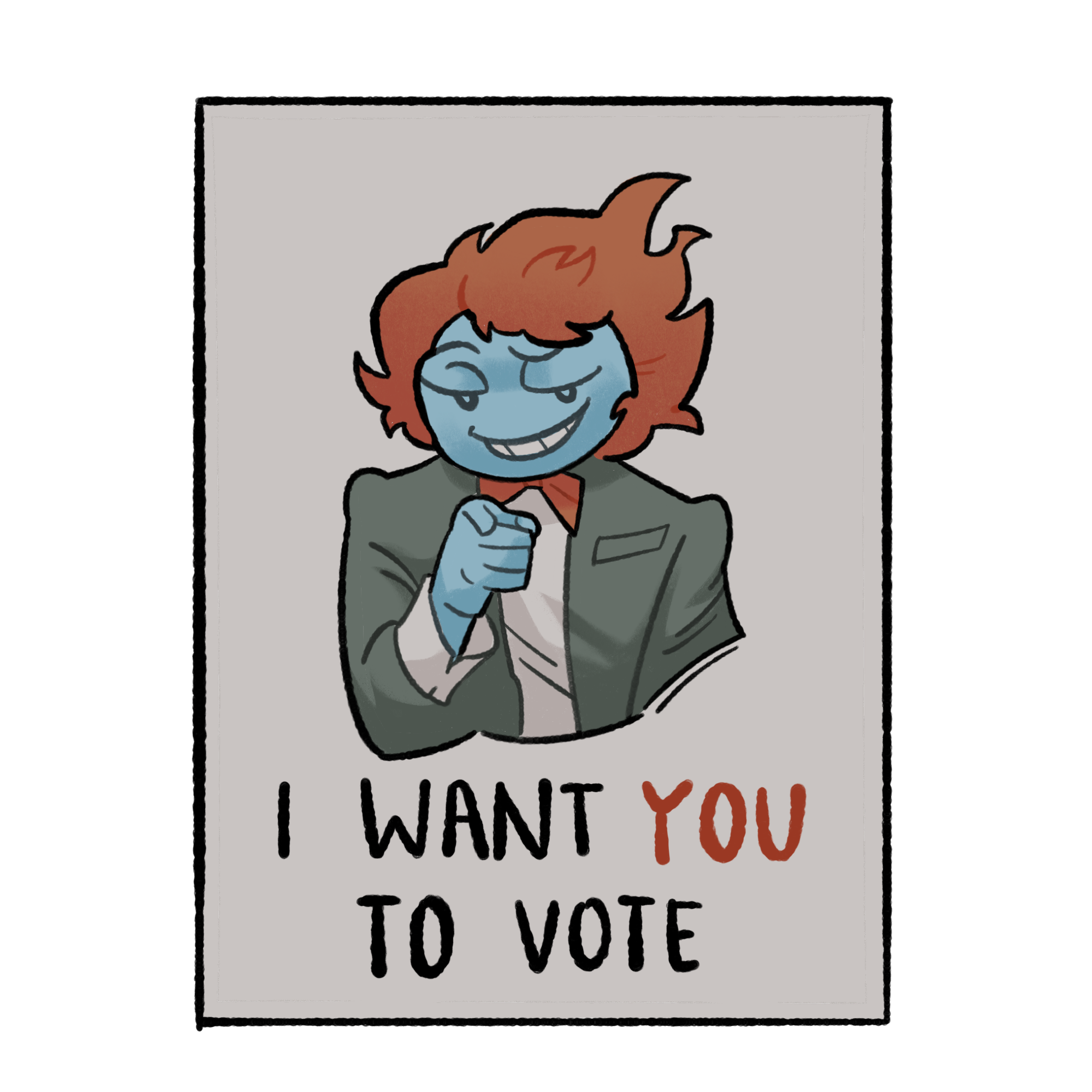 Enarc’s return came alongside the creation of a new religious group on campus dedicated to his teachings.

The Holy Church of Enarc started meetings on campus soon after Enarc’s bid for the 2022 mascot election was announced. They meet in the Student Union at room 1.602 on Mondays at 1pm, where a member of the group speaks for Enarc as “The Voice of Enarc” on various topics that are brought up for discussion. Enarc says that he wants to bring a new kind of religious group to UTD, one that focuses on the issues that are most important to students on campus.

“Sure other church groups focus on the profession of faith, or the afterlife or taking 10% of your income, but we’re really all about change.” Enarc said. “The big thing is that we want to bring change to this campus and to its students, for the better!”

“Change by Construction” is a big part of the Holy Church of Enarc, with Enarc themself being a big proponent of the upcoming SU and Athletics fee increases to be voted on by students on October 4th-6th. The group places a high priority on bringing more construction to UTD for its own betterment, and is advocating for students to vote for any measures that may lead to more construction. This might be seen as a conflict of interest, as having more cranes on UTD actively increases Enarc’s power, but computer science senior Bob Baumeister said that it’s just for the betterment of the school.

“The upcoming fee increases will support construction that supports all students equally, ” Baumeister said, “and it’s great to have a mascot candidate like Enarc throwing his support behind the project. I mean, surely it’s not just because it’ll bring more construction cranes to UTD right?”

The new group is also supportive of the new Silver line DART rail station coming to Northside, and is advocating for more construction to make the campus easier to access as well as easier to park at. After a large influx of students in the Fall 2022 semester, parking has been more difficult for students across campus, and Enarc hopes to resolve that alongside a plethora of other issues.

“I just want students to support me so I can support them.” Enarc said. “In order to raise everyone’s GPA’s, I need everyone’s support for initiatives that will make this campus a better place.”

Police said that Tobor violated the provisions of the federal work-study program by regularly scheduling students over 80 hours a week for part-time food and Tobor repair positions. Discrepancies in the worker shifts were noticed by managers when one worker showed up to work at three restaurants at the same time for five days straight, which led to the ongoing police investigation. While no restaurant operations are being disrupted, a Chartwells representative said that all schedules and workers were being closely monitored.

“We at Chartwells highly value student worker safety and stability.” the representative said. “The recent hubbub regarding our partner Tobor is unfortunate, but we are confident that the issue will be resolved in a whoosh.”

Tobor said that they were just trying to accomodate students’ desires to work more hours and earn some extra income. While some students were then able to work more, this came at the cost of their academic performance and other students hours as well. Business junior Ayesha Mazadoor said that Tobor’s policies actually led to her having less shifts.

“It used to be that I worked Tuesdays, Thursdays and Fridays.” Mazadoor said. “But then after a while, all of my Tuesday hours got cut, then my Friday hours, and now I only work for an hour on Thursdays, but I see some people working the register every single day, even when the restaurants are supposed to be closed, and that started to make me a little suspicious.”

Tobor is also charged with violating the contracts that they signed with UTD, with police saying that the robot’s employees regularly failed to respond to customer support requests, provide refunds for failed deliveries and shouted curse words at students in binary while making deliveries. Student supporters of the ToborX party are worried that the arrest will affect support for Tobor in the upcoming student election, with computer science freshman Kate McMoney saying that she still has hope for the robotic mascot candidate.

“Hey, everybody commits a little light law-breaking now and then,” McMoney said. “I just don’t think that Tobor should be looked upon badly for a small incident like this. I really support his initiatives for 5-minute Chik-fil-A delivery to the dorms and apartment complexes, so I really hope that this doesn’t affect his popularity for the upcoming elections.”